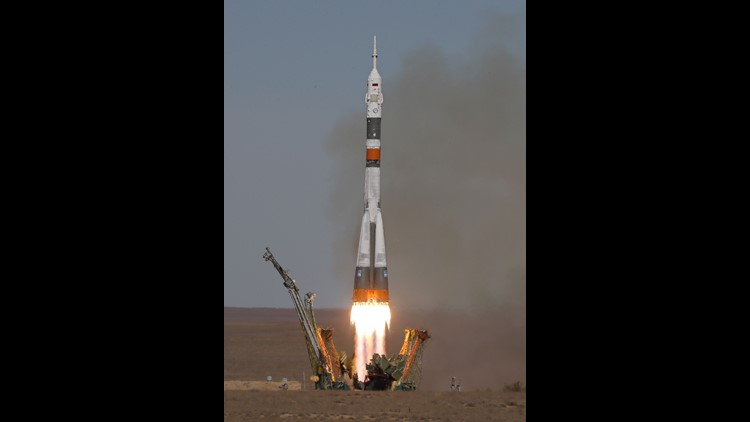 An American and a Russian astronaut made an emergency landing Thursday after their rocket malfunctioned en route to the International Space Station.

NASA said its astronaut Nick Hague and Alexei Ovchinin, of the Russian space agency Roscosmos, were in good condition and out of the capsule that carried them back to Earth.

They landed east of the Kazakh city of Dzhezkazgan and will be taken to the Gagarin Cosmonaut Training Center outside of Moscow in Russia, NASA said.

The two lifted off as scheduled at 4:40 a.m. ET from the Russia-leased Baikonur cosmodrome in Kazakhstan atop a Soyuz booster rocket. They were to dock at the International Space Station six hours later, but the booster suffered engine failure minutes after the launch.

"There was an issue with the booster from today’s launch. The Soyuz capsule returned to Earth via a ballistic descent, which is a sharper angle of landing compared to normal," NASA said in a statement.

"I’m grateful that everyone is safe. A thorough investigation into the cause of the incident will be conducted," said NASA Administrator Jim Bridensteine.