30 states allow self-driving cars. Will this change now that a pedestrian was killed by one?

30 states allow self-driving cars. Will this change after a pedestrian death? 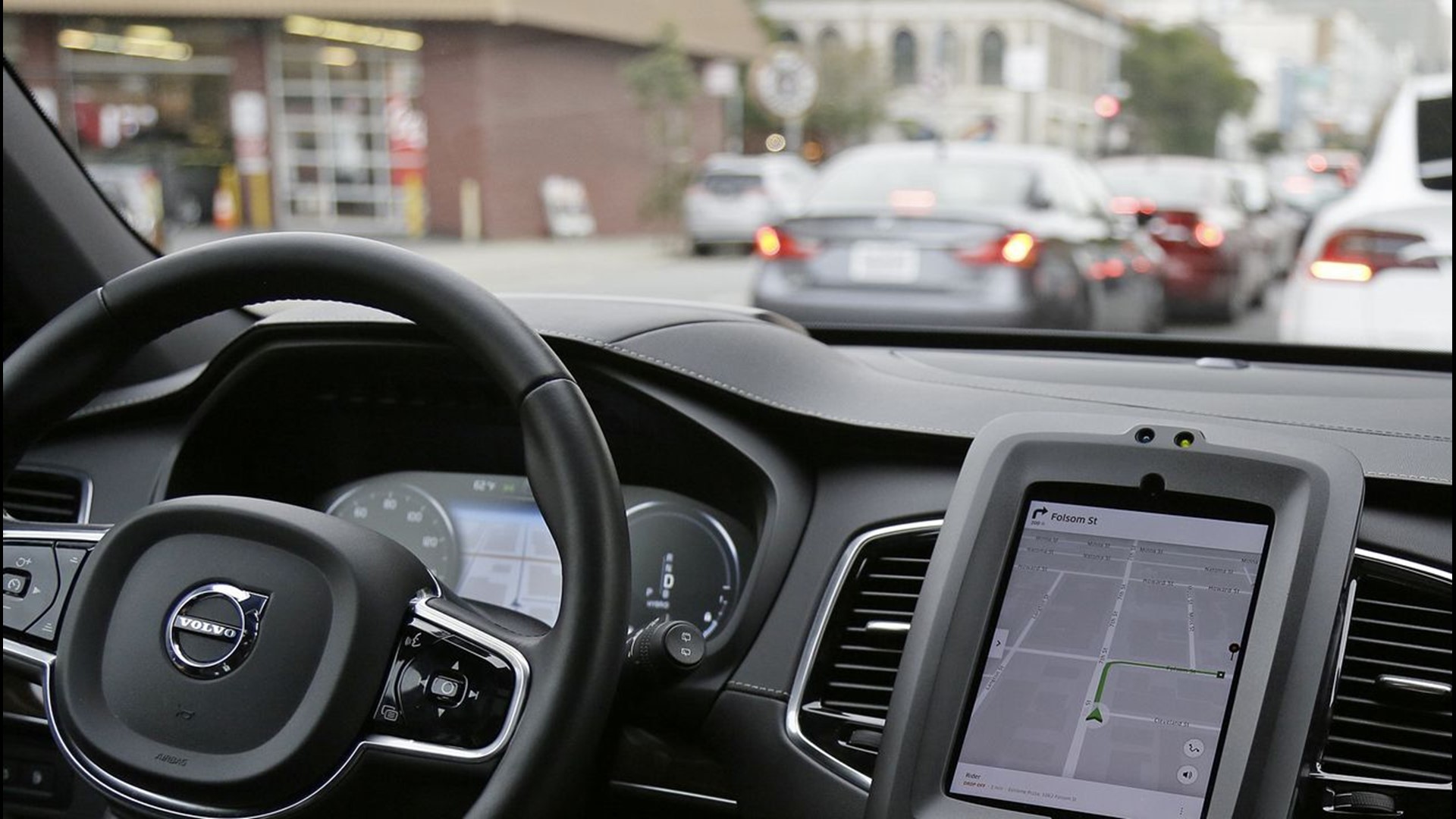 Credit: Uber
A handout photo from Uber shows one of its Volvo self-driving SUVs in a desert setting. One of the company's vehicles struck and killed a pedestrian in Tempe, Ariz., Sunday night.

The death of an Arizona pedestrian by a self-driving car has resurfaced concerns that this futuristic technology is too risky to test in public places.

Could such a crash happen near you? In many states, the answer is yes. More than 30 states have passed measures to accommodate these robotic cars. In at least five, autonomous cars are already roaming the roads.

Sunday's deadly Uber crash in Tempe, Ariz., appears to be the first involving a self-driving car of a person not inside the vehicle. Police said the car was operating in autonomous mode, with an Uber employee at the wheel. Transportation authorities are investigating why the car and driver failed to stop.

Despite enduring concerns from consumers — polls show that most remain nervous about riding in a self-driving car — many state officials are eager to be seen as business friendly while also hoping to be part of a lucrative transportation paradigm shift.

From Maine to Hawaii, laws are either on the books or in the works that welcome self-driving cars, according to the National Conference of State Legislators.

More: An Uber tragedy could upend the self-driving car industry

Holdouts include a large swath of midwestern states, as well as Oregon in the far west, New Mexico in the southwest and New Jersey in the east.

Although only a few of these states actually host ongoing self-driving car programs, the thinking is that getting in early on a self-driving car platform could bring in tax revenues from businesses and employees looking for cutting-edge places to call home.

"There are clearly incentives to being as welcoming as possible, because when some states added hurdles (for example, California's Department of Motor Vehicles requires self-driving permit holders to report accidents), companies just left for a more friendly state," says Karl Brauer, executive publisher of Cox Automotive.

Uber moved to Arizona after California's DMV said the company didn't have proper permits to test.

But the death in Arizona, which caused Uber to halt all of its self-driving operations while the incident is investigated, is likely to at least give lawmakers pause as they weigh the benefits of embracing new technology with the concerns of citizens.

More: Uber trucks start shuttling goods across Arizona — by themselves

Tempe police continue to investigate Sunday's crash, and officials from the National Transportation Safety Board also plan an inquiry.

The Uber safety driver in the vehicle at the time of the crash, Rafaela Vasquez, 44, was not impaired during the incident, although she was hired by Uber with a criminal record. She did prison time connected to an armed robbery conviction.

Vasquez's place at the wheel raises questions about Uber's employee vetting practices; the company ran afoul of Colorado lawmakers last year and was fined $8.9 million for having drivers on its platform that had felony convictions.

The victim, Elaine Herzberg, 49, stepped into the street well away from a crosswalk as the Uber car approached in self-driving mode at around 40 mph. The woman, who was homeless, died from her injuries at a hospital.

Credit: Waymo
More consumers would get to experience the technology firsthand.

Bruce Belzowski, managing director of the University of Michigan's Transportation Research Institute, says he "wouldn't be surprised if some states get nervous, because you certainly don't want citizens dying due to your decisions."

One possible outcome: moves to test the cars in restricted areas.

Michigan has two private facilities dedicated solely to testing self-driving cars and suggests that such a fenced-in approach could gain popularity with state officials if constituents get skittish about mingling with robot cars.

"Trust in this tech isn't that high still," said Belzowski.

Proponents will point to self-driving cars' potential to help with alarming trends. Traffic deaths topped 40,000 in 2017, up 6% over 2015, according to the National Safety Council. And pedestrian deaths have shot up around 9% to 6,000 in each of the past two years, attributable in part to distracted driving and legal-in-some-states marijuana use.

In contrast, Google's self driving program has been operating for nine years and has logged 5 million testing miles with no fatalities. Most accidents reported have typically been fender benders caused by distracted human drivers. Uber cars have driven nearly 2 million miles in the past few years of testing.

"It's always horrible when a person dies," says Belzowski. "But it's also important to keep things in perspective as this new technology is reviewed and tested."

"What’s the right way to think about the risks of autonomy?" Munster writes. "Is the threshold for AVs zero accidents, or is it an improvement relative to human drivers? In the end, we continue to believe humans should not drive, and that traffic and pedestrian fatalities will decline under autonomy."

The most likely places to spot a self-driving car include San Francisco, where a variety of tech companies and automakers are trying out their software, Pittsburgh, where Uber has been picking up passengers for more than a year, Kirkland, Wash., Austin, Texas, where Waymo has been driving its Pacifica Hybrid minivans, and Detroit, where Ford has been deploying its own tech-enabled vehicles.

But Arizona has been especially accommodating to self-driving car operations.

While California allows the testing with specific oversight requirements, Arizona governor Doug Ducey issued a 2015 executive order that permitted the tests without any special licensing or registration.

Besides Uber, which has been road-testing its Volvo vehicles around the Phoenix area, Waymo, Google parent Alphabet's autonomous car company, has been running a beta program in which it regularly shuttles passengers around the metropolitan area.

Waymo said that later this year it was planning to open the program up to the public, essentially marking the first official autonomous ride-hailing operation in the country.

Ducey recently updated his order to clarify that fully autonomous vehicle operators must submit a statement to the Department of Transportation confirming that its cars comply with federal law, are not a danger if they malfunction, and that the safety drivers monitoring rides from the driver's seat can be cited if laws are broken.