Everything to know about Myles Garrett's appeal 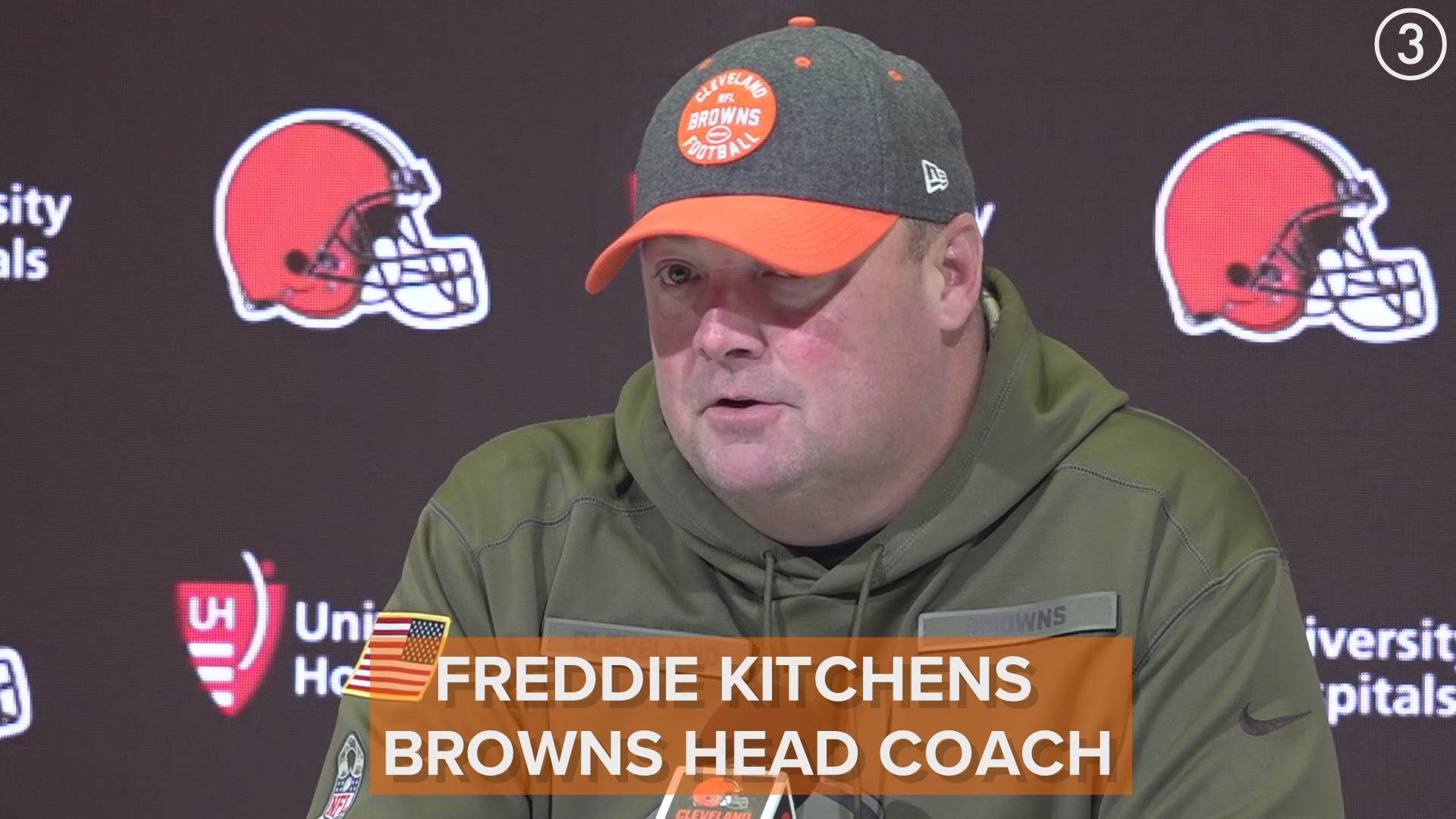 CLEVELAND — Less than a week after being ejected from the Cleveland Browns' win 21-7 win over the Pittsburgh Steelers for his involvement in a fight in which he ripped Mason Rudolph's helmet off before hitting him in the head with it, Myles Garrett's fate for the rest of the season -- and perhaps beyond -- will be decided.

On Wednesday, the NFL will hear Garrett's appeal of his punishment, which is currently an indefinite suspension slated to last at least the remainder of the 2019 season and playoffs.

So where do we go from here?

Truth be told, the NFL's appeals process is a relatively straight forward one, with a resolution on the matter likely to come sooner rather than later. Adding intrigue to Garrett's appeal is that the Pro Bowl defensive end plans on making his case in person, according to ESPN's Adam Schefter.

Here's what Garrett -- and Browns - fans -- can expect in the coming days.

How does the NFL's appeals process work?

The NFL's official website describes its appeals process with the following:

If a player protests a ruling, he schedules a hearing with the NFL, and his case is assigned to one of the league’s current appeals officers, Derrick Brooks or James Thrash, who are jointly appointed and paid by the NFL/NFLPA. Cases are assigned randomly, so neither side in the appeals process knows who will hear a case. The officer assigned to the case reviews the play and hears the league’s case and the player’s defense. The officer’s decision is final, and the ruling is binding.

If the discipline is upheld, the league withholds the amount of the fine from the player’s next check. If the player’s fine is rescinded, he will receive notification of the decision, and no money will be taken from his check.

Thrash, a former NFL wide receiver, has already been assigned to Garrett's case, according to Ian Rapoport of the NFL Network.

After Garrett makes his case to Thrash, the NFL will present its side of the story, After that, Thrash will then have the ability to either uphold, negate or reduce the initial punishment.

What are the potential outcomes?

When it comes to Thrash's ruling on Garrett's appeal, two realistic outcomes appear to be in play:

In this scenario, Garrett's indefinite suspension would be upheld, meaning he wouldn't know when he'll be eligible to return until the 2020 NFL offseason -- at the earliest.

Speaking to OTG's Gary Myers on Friday, NFL commissioner Roger Goodell -- who issued the initial punishment -- said that the 2017 No. 1 overall pick would be required to meet with him in the offseason in order to seek reinstatement.

"He will not play the rest of the season," Goodell said. "He will probably meet with us sometime in the offseason and I think we'll make a judgment on, 'does he have remorse? Does he understand why it's not acceptable? Do we understand what he's going to do to make sure it doesn't happen again?' Those are the things that I think are going to be very important for us."

Should Thrash uphold Goodell's ruling, this appears to be the process that would play out.

Perhaps this outcome would be better defined as "punishment defined" considering that we don't currently know when Garrett's suspension is slated to end.

While it may be unlikely that Garrett gets his suspension reduced to the point that he is able to return to the field this season -- although that is possible -- what seems like the most realistic outcome is that the 23-year-old will wind up with a finite number of games attached to his suspension. According to Rapoport, this is something that Garrett will push for, making the case that the league's collective bargaining agreement doesn't allow for indefinite suspensions for on-field acts.

While Garrett is hopeful his suspension will be reduced -- some have speculated to four games -- just having it defined as through the 2019 season and playoffs could be viewed as a win.

When will a decision be made?

Considering the public interest in Garrett's appeal, one would imagine that a decision will be made sooner rather than later. Assuming that the NFL doesn't want discussion regarding Garrett's suspension to linger -- and that the decision is being made by a single person -- it seems reasonable to believe Thrash could render a ruling by the end of the week.

For comparison's sake, Oakland Raiders linebacker Vontaze Burfict was issued a season-ending suspension for a helmet-to-helmet hit on Sept. 30 and had his appeal heard by the league on Oct. 8. One day later, Burfict's appeal -- which was heard by Brooks -- was denied.

Given that Garrett's case has garnered more national attention, a similar timeline will likely be at play.

While it hardly guarantees anything for Garrett, it's worth noting that Thrash has reduced NFL issued penalties in the past.

Thrash's status as a former player also possesses the potential to help Garrett, as a litany of ex-NFL stars have been public empathetic to the Browns defensive end in recent days.

Garrett's suspension, however, is a nuanced matter and is hardly comparable to anything Thrash has ruled on in the past. For now, all Garrett can do is state his case and hope for either a reduction -- or at the very least, defined.

RELATED: What are the Cleveland Browns playoff odds after win over Steelers?