Students are to participating in another school walkout on March 14 in an effort to urge Congress to pass more gun-control laws. 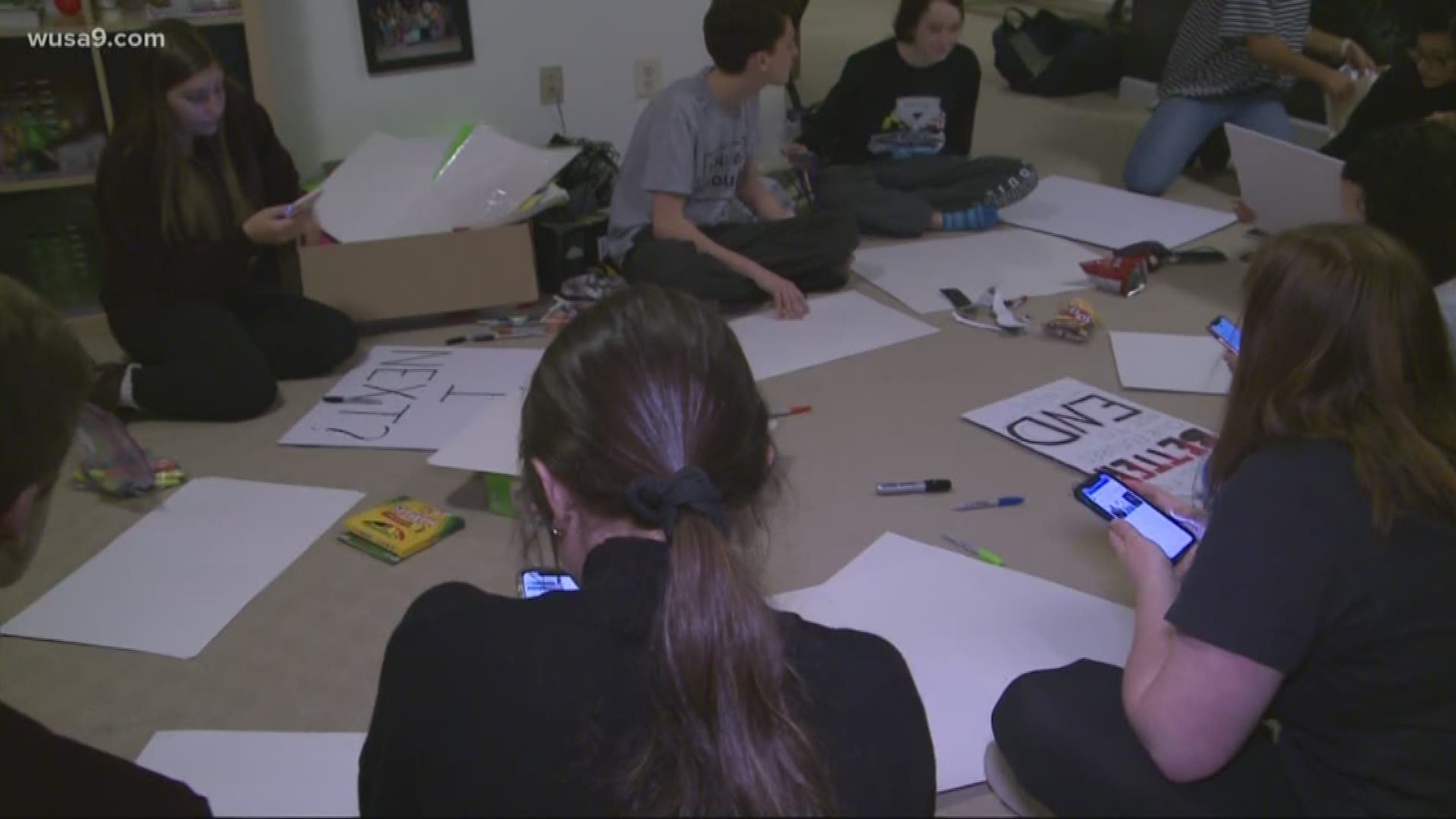 One year after walking out of classes in a push for stricter gun laws, students in Montgomery County are participating in another walkout on Thursday.

A student run activist organization called “Moco Students For Change” announced the walkout in a Twitter post on Monday stating they are planning to travel to the White House and Capitol Hill to demand the government take action against gun violence.

“With this new action, MoCo Students for Change will use their proximity to the nation’s capital to let the members of Congress and the President know that students are not going away until meaningful gun violence laws are enacted,” the organization said.

According to their website, MoCo Students for Change was created following the Feb. 14 shooting that left 17 people dead at Marjory Stoneman Douglas high school in Parkland, FL.

Just like last year, the walkout on March 14 plans to draw attention to national legislation including HR8, a bill requiring universal background checks for gun purchases.

Last year, thousands of students from Richard Montgomery, Bethesda-Chevy Chase, Blair and other Maryland and D.C. high schools took part in the walk-out and rally on Capitol Hill.

The students also created a Gofundme page where they raised more than $6,000 to fund the cost of renting school buses for students who do not have access to public transportation but still wish to attend the rally.

WUSA9 reached out to most of the major school districts in the viewing area and asked if students who walk out will be excused or unexcused:

"At this point I am not aware of any planned walkouts by students. Any absences tomorrow will be treated the same way they are any other day as defined in our Student Handbook." - Brian Bassett, media relations for HCPSS

"We are not aware of any students who plan to participate in the walkout." - Raven Hill, communications officer

"We’re not aware of any widespread walkouts that are planned." - John Torre

"We have heard about the walk out, but we do not know if any students plan to participate on March 14. As we did in response to similar events that took place after last year's shootings in Parkland, Fla., students who leave school and/or are absent that day to participate in the rally downtown will receive an unexcused absence unless their parents provide written permission in advance of March 14." - Frank Bellavia, communications coordinator for media relations and Online strategies

Some high school students within Montgomery County Public Schools are organizing a student walkout on March 14 to advocate against gun violence. MCPS respects and supports our students' right to advocate for issues that are important to them. This support is defined in Regulation JFA-RA: Student Rights and Responsibilities. While we support student advocacy and are proud of students when they speak out for what they believe in, we want students who wish to engage in the civic process during school hours to do so while at school, in a supportive and safe learning environment. With guidance from MCPS leadership, school administrators will work closely with student leaders to develop a plan for March 14 that will provide students an opportunity to express their views while remaining safe on campus. These demonstrations will be student-led and voluntary. No student will be compelled to participate or discouraged from participation.

I am aware that some students may decide to participate in a walkout that takes them off campus. As I have shared previously, leaving school property can disrupt instruction for other students and pose a significant safety risk. MCPS does not have the staff or resources to ensure students are safe during the school day when they are not on a school campus. I ask that you speak with your child to let them know that if they leave school property without permission or walk out of class outside of the designated time, it will be considered an unexcused absence. Information about the impact of an unexcused absence can be found in A Student's Guide to Rights and Responsibilities and the Student Code of Conduct. If school administrators learn that your child has left the building without permission, they will contact you as soon as possible.

School staff and resources are available to support students at all levels who may want to talk about school safety.

Please know that MCPS is committed to providing support for students, as well as an opportunity to express their views.