Ken Gemmell and his daughter, Arabelle, are trying to raise $100,000 for a new playground at Griffith Park at City Hall in Gaithersburg to honor his late wife and two sons killed when a plane crashed into their home four years ago

Credit: WUSA9
Arabelle sleeps beneath a quilt made from her baby brother's clothes. Her mom and two brothers were killed when a plane crashed into their home four years ago. Dad is standing beside her.
Author: Mikea Turner
Published: 11:44 PM EST February 12, 2019

GAITHERSBURG, Md. — When a plane crashed into Ken Gemmell’s home four years ago, it ripped his family apart. His wife, Marie, and two young sons were inside, fighting for survival in an upstairs bathroom, but they never made it out safely.

Now, Gemmell and his surviving daughter want to build a new playground for a city they used to call home. It will honor his late wife, Marie, infant, Devin and 3-year-old son Cole.

RELATED: Fire after Gaithersburg plane crash was 'not survivable'

Griffith Park at City Hall was a special place for the kids and their family. They only lived a few miles from the park, which has one playground for older kids and a second one for children.

Gemmell would have spent a lot of time on both playgrounds if his sons were alive.

"There's not really a day that goes by when I don’t think about them, the accident, or that area [neighborhood] because I spent so much time in that spot," Gemmell said while standing in the middle of the empty playground in deep reflection.

Life with Marie, Cole and Devin

"Sometimes, I think about the fun memories I had with Cole like making forts, going outside in the snow, reading to him in bed sometimes," said Arabelle, who loved being a big sister.

She was only seven when she lost her mother and baby brothers. She sometimes thinks about what it would be like to play with her siblings today.

It was Dec. 8, 2014, when a private plane headed to the Montgomery County Airpark crashed into Gemmell’s home. Marie, their sons, and family dog were all inside at the time. It was Cole’s first day out of daycare. Marie died trying to protect their sons in an upstairs bathroom.

He explains how difficult it was to tell Arabelle their family was gone. 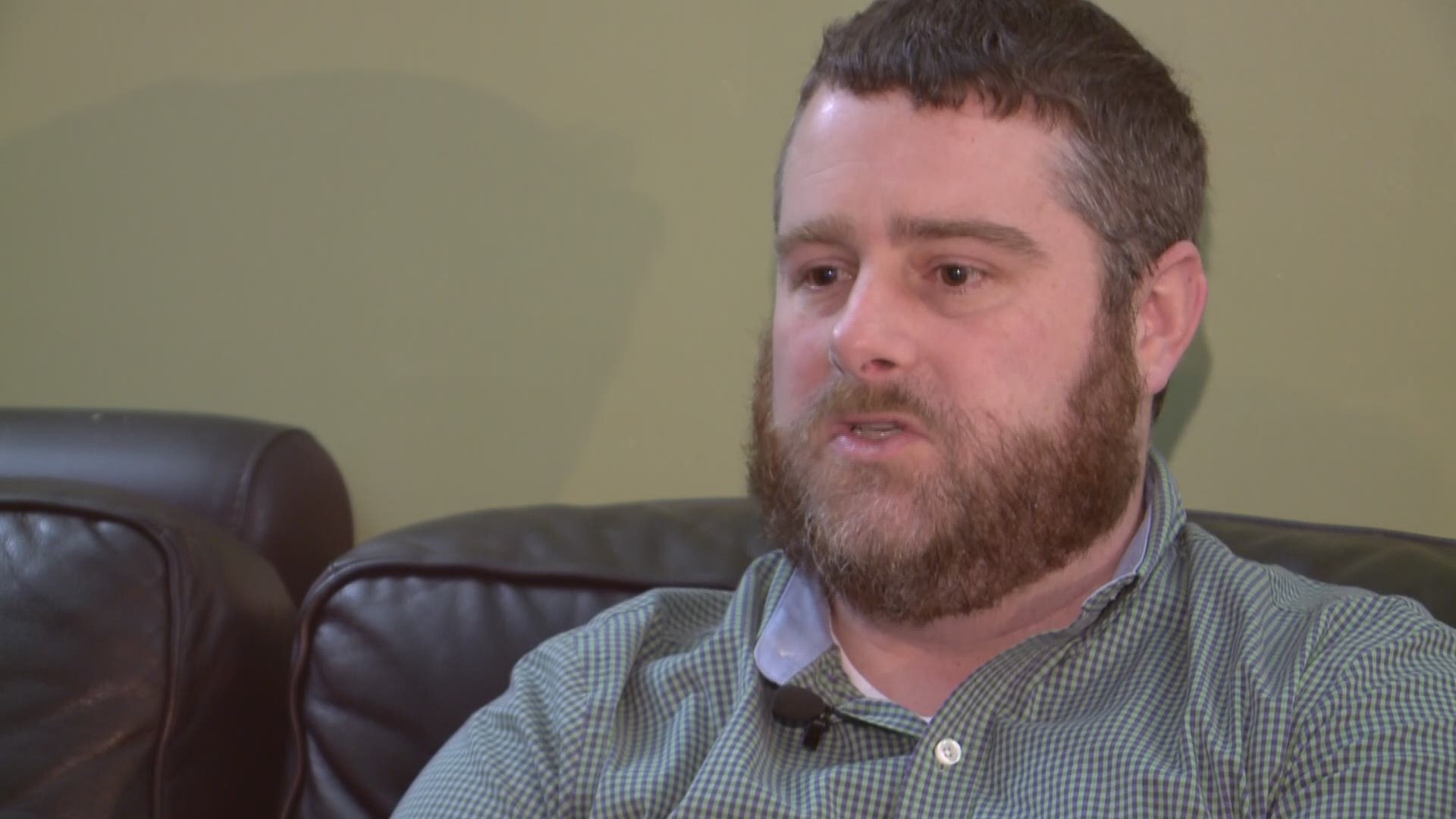 "I'm just standing there in the cul-de-sac on this very very cold day just kind of standing there in shock looking at this hole in what used to be the main part of our house," said Gemmell, who had trouble sleeping for a year after the tragedy.

"You feel a lot of emptiness and voids in your life," he said. "I'd be at home, usually with someone to talk to at night, even watching TV wasn’t the same."

Gemmell was only able to salvage a handful of items from their home, like Christmas decorations and clothing from the boys.

Every night, Arabelle takes a piece of Cole to bed with her. She sleeps beneath his baby clothes that were sewn into a quilt. Devin’s quilt, made of onesies and bibs, is hanging in the hallway.

Arabelle doesn’t have quilts made from her mother’s clothing, but she treasures three pieces of jewelry her mom used to wear. They were all presents from her dad.

"It's nice to think that she wore these necklaces, and I get to wear them as well," said Arabelle, holding and admiring each necklace carefully. "It makes me a little sad though."

"I miss her kindness to people," she said.

"She was very smart, a very fun person, very kind, she always did a lot for others," Gemmell said.

For the last few months, Arabelle and her dad have been working with the Where Angels Play Foundation, which builds legacy playgrounds for families and communities healing from tragedy.

The New Jersey-based organization was started by firefighters, who have helped build playgrounds throughout the country and around the world.

"It's perfect because both of the kids, my sons, that we lost, were younger," Gemmell said. "So, this was a really good fit for me and our family to try to honor them."

He said it is also a great way to give back to a community that has been very supportive. He still has hundreds of letters in cardboard boxes at home.

"I think Cole would definitely be excited about the train for other kids to play on," said Arabelle, as her dad still ponders the design.

While the foundation is partnering with Gemmell and Arabelle to raise money for the new playground, they need help. The project is estimated to cost $100,000.

A fundraising event is being planned for April in Gaithersburg. All are welcome to attend. WUSA9 will provide details soon.

In the meantime, make an online donation here.

The goal is to have the toddler park complete this summer.