The passenger, an active military member, wanted to keep the device as a souvenir. 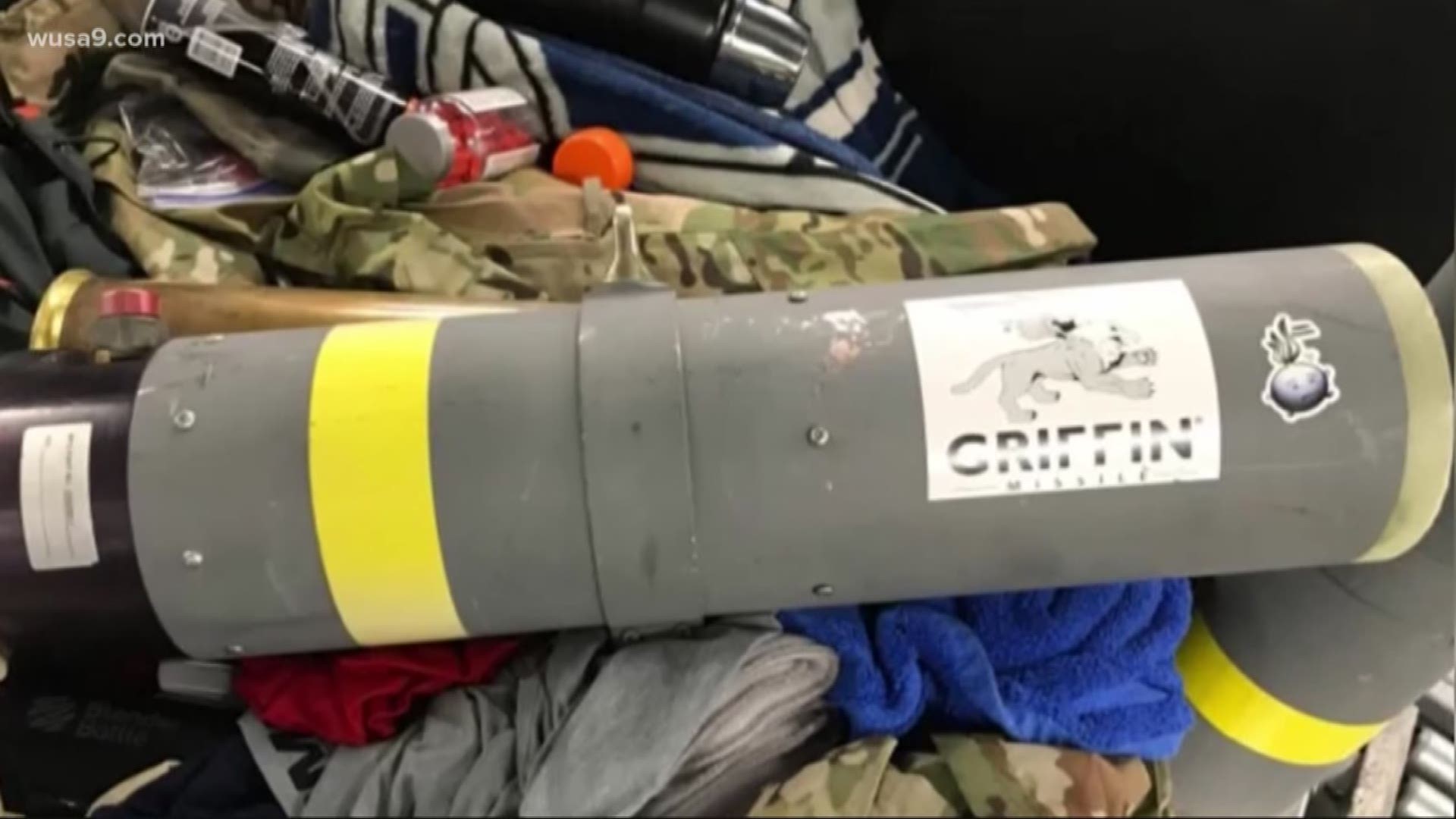 Airport police tracked down the traveler, a man from Jacksonville, Texas and detained him for questioning, a TSA spokesperson said.

The man told officials he was an active military personnel traveling home from Kuwait. He wanted to keep the missile launcher as a souvenir.

Officials said the item was not a live device and was handed over to state fire marshals for safe disposal.

The man was allowed to board his flight.

The TSA reminds travelers that weapons are not permitted in checked luggage or carry-on bags.

Credit: DHS
A missile launcher was found in a passenger's checked luggage at BWI Airport Monday.