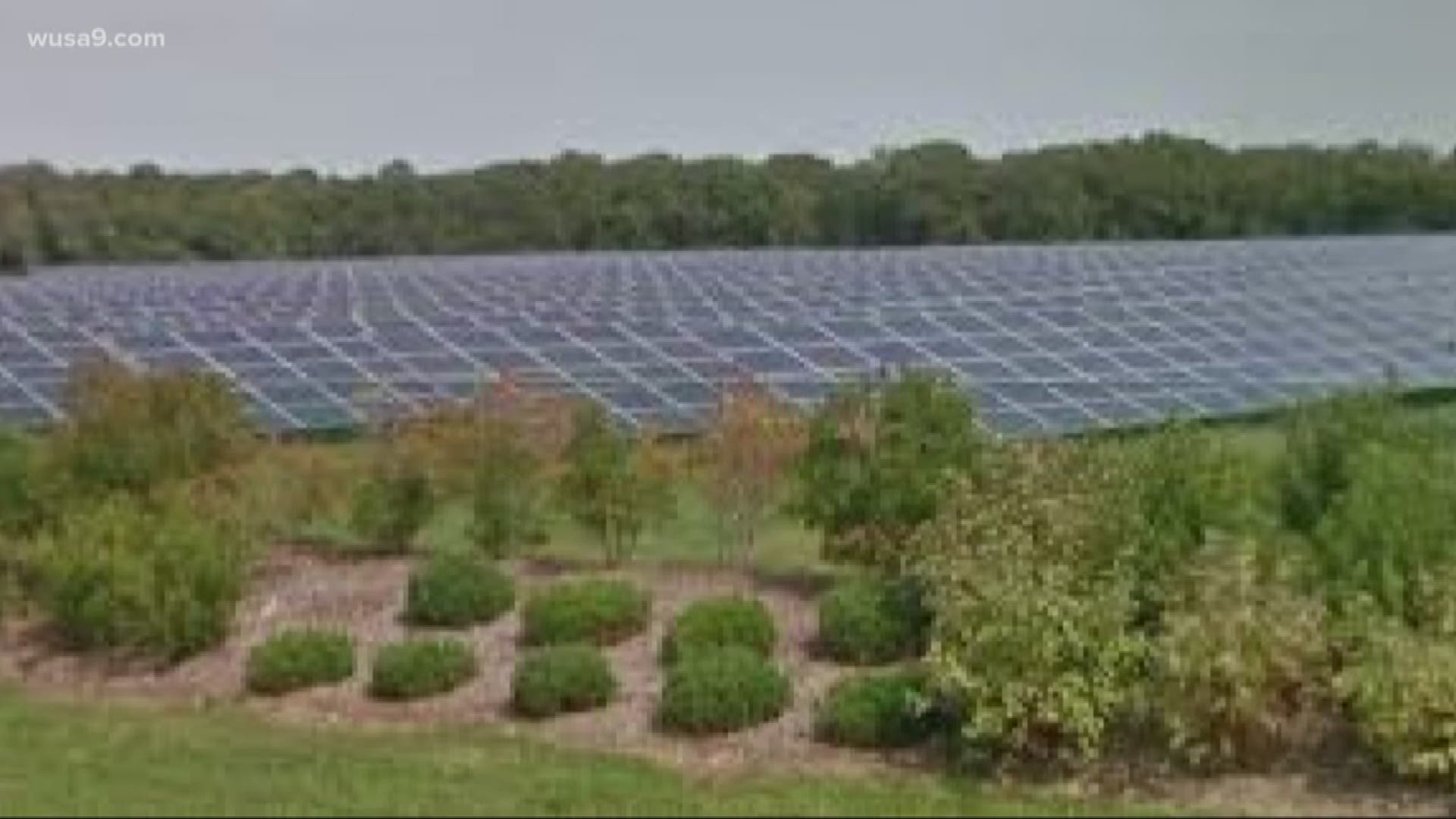 SPOTSYLVANIA, Va. — The largest solar plant east of the Rockies could be coming to Spotsylvania County, Virginia.

6,000 acres of rural land--that’s ten square miles—are in question. Some residents are for it, but many have spoken out against it.

Spotsylvania County is called the crossroads of the Civil War for the battles fought here. Now this new battle is pitting neighbor against neighbor.

“Our worry is it will change the character of Spotsylvania,” said resident Dave Hammond.

Utah-based SPower has plans to purchase more than 6,000 acres of rural land to build a 500-megawatt solar facility with about 2 million solar panels covering 3,500 acres.

To visualize the size, think of the National Mall. The area between the Capitol and the Lincoln spans 1.9 miles.

The Spower plant would be more five times as big. What’s more, solar plants of this magnitude, are usually found in the desserts of the southwest, tens of thousands of feet from neighborhoods.

“This is the largest thing to ever hit this county being this close to human beings," said Michael O’Bier whose property is adjacent to the planned project.

SPower is seeking special use permits for its three sites on land currently zoned agriculture. The property is currently owned by six property owners, including timber companies. One of the property owners is Vic and Sara Meadows who live in the county.

Vic said, “It’s going to be a blessing for Spotsylvania."  He’s selling the land regardless and says this is much better than hog or chicken farms, or even more development which could burden local roads and schools.

However, many people who disagree are upset that thousands of trees have already been cleared.

"By destroying 5,000 acres, how many habitats would you be destroying? How many animals will be lost by not being able to adapt to the new conditions?" asked teenager Jade Gilbert.

Both sides have packed marathon meetings, those against dressed in red, for it, green. At the public hearing, 70 out of 100 speakers were against it, including Kim Wyman, a Democrat.

“I am pro-solar. I was mad when they took the solar panels off the White House. Solar’s not new, and I am so sorry, but this is too much, too fast, too big and I am so sorry this is not right for Spotsylvania County,” said Wyman.

The material SPower wants to use in its panels, cadmium telluride, is of a concern because cadmium causes cancer. But SPower's solar expert  Dr. Vasilis Fthenakis says cadmium telluride is a different, and completely stable, safe substance.

“Absolutely no contamination," he said. Dr. Fthenakis, from Columbia University, has studied solar for 40 years and is considered one of the top in the field. He said cadmium telluride panels are used "in Germany, Spain, European commissions…the Chinese, and all have concluded that the technology is completely safe."

Critics point to the April 2015 tornado that hit the Dessert Sunlight Solar Farm in California. Local resident and chemical engineer Dave Hammond held a picture up of thousands of damaged solar panels. “And it shows the panels destroyed, on the ground. So this idea that this is like a car windshield that will crack but not break, is very suspect."

Dr. Vasilis Fthenakis says the soil was tested after the tornado, “In terms of the tornado, zero soil contamination.”

Economic impact is the other hotly-debated concern. SPower says the facility will generate $20 million a year for Spotsylvania.

"The reality is, with the scale that we have, we can sell energy to Microsoft. To Apple. To the University of Richmond, whose energy demand is just growing every day," said SPower attorney Charles Payne.

"This is actually going to be a money-loser for Spotsylvania County," said Kevin McCarthy who leads the organization Concerned Citizens for Spotsylvania County. It hired Alexandria economist Dr. Dean Bellas who told  the board the solar project will depreciate in value and will not generate enough property tax revenue for the county. Houses, he said, would bring in much more revenue.

Supervisor Greg Benton called that scenario hypothetical and said the property owners want to sell now, so it doesn’t matter what could be in the future.

To provide another option, the county staff recommended approval of the whole project. The board has until the end of April to decide, but could make a decision on March 19 when it takes up the issue again. 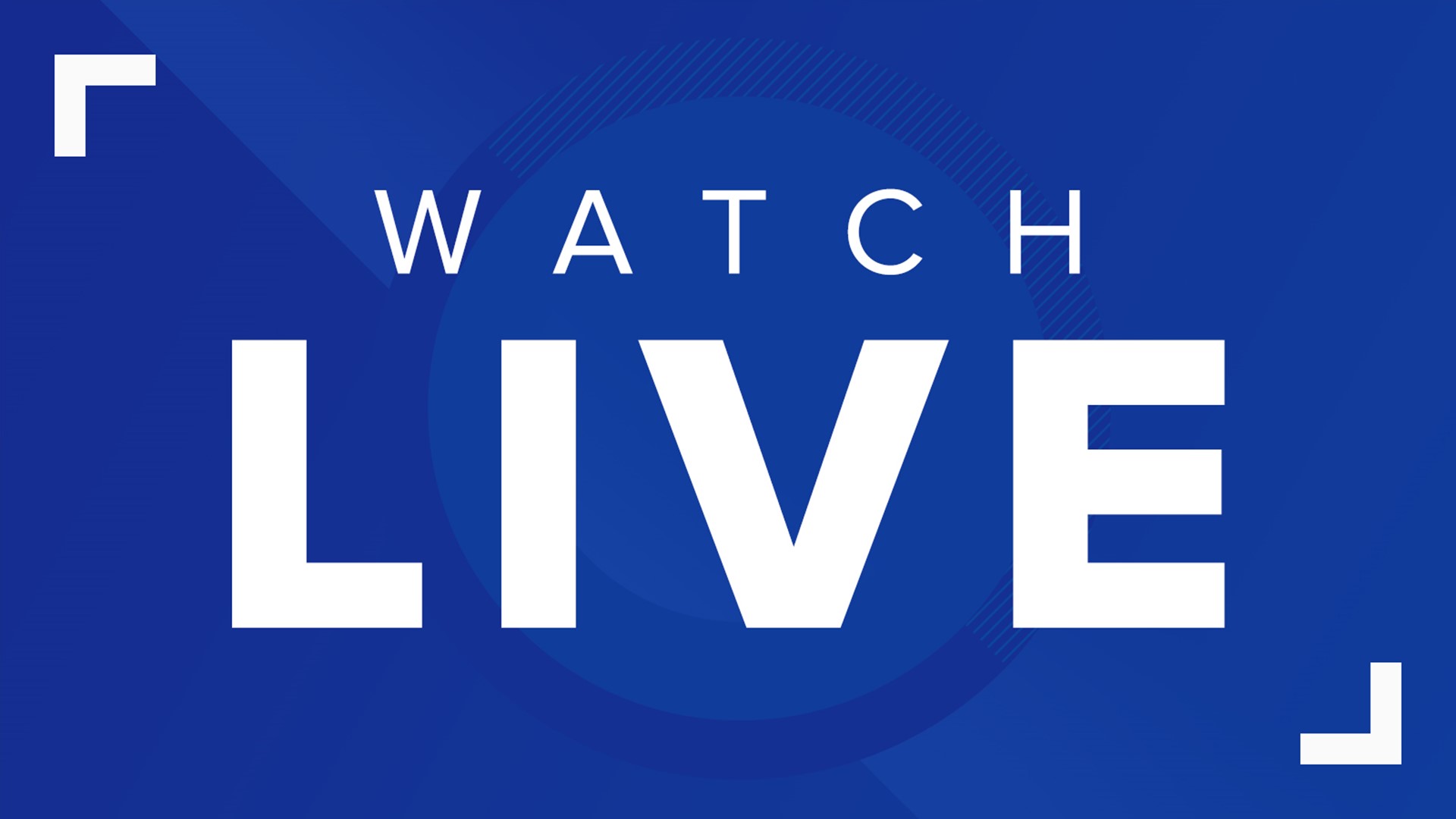