The program, OneWhitman, was designed to further the school's "vision of eliminating racism and all other forms of hate speech." 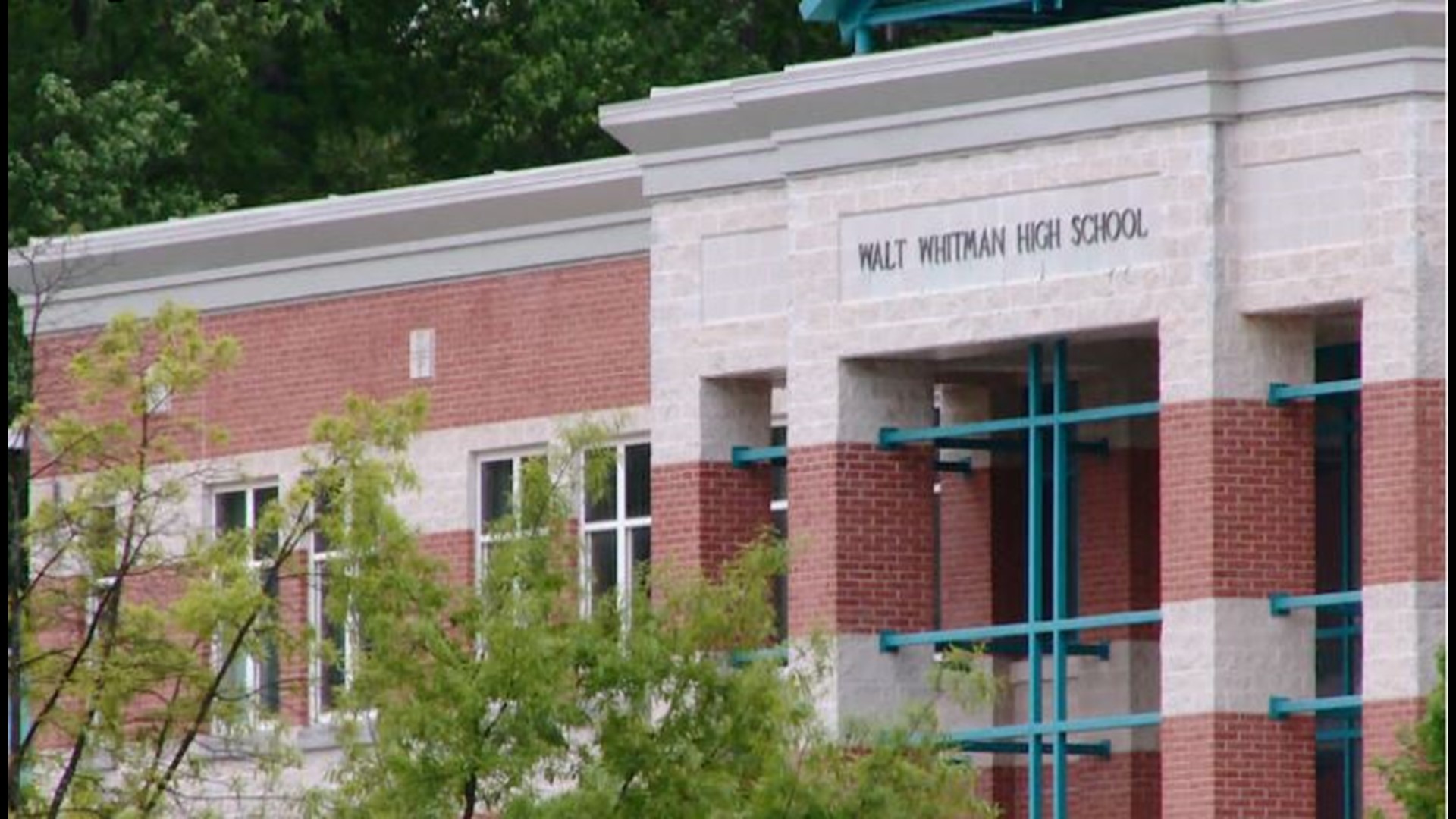 MONTGOMERY COUNTY, Md. — With the start of a new school year just days away, the principal at Walt Whitman High School is reminding students and parents of “plans to increase inclusiveness and tolerance.”

Robert Dodd said the school will be implementing a new program called, OneWhitman. “This program was developed by our staff and includes structures and activities that will allow school community members to build positive relationships and engage in conversations about challenging topics,” Dodd said it a statement.

This comes after last school year ended in controversy. Two students posted a photo of themselves on social media in blackface, describing themselves using the N-word.

“It's very difficult for me to be able to trust other individuals at this school,” Madison Boyd, a freshman and cheerleader told WUSA9 shortly after the offensive post.

She is among the four percent of African-American students at the school.

In addition to OneWhitman, the school is also working with the Anti-Defamation League to implement ADL’s program for students, No Place For Hate.

Several elementary schools in the county and Thomas Pyle Middle School will also participate for the next few years.

“This program furthers our vision of eliminating racism and all other forms of hate speech so that everyone at Whitman is valued and respected. Every student at Walt Whitman must feel that our school is built for them to belong and succeed. As such, we believe this structure will be a foundation for a more inclusive culture,” Dodd’s statement read.

Last school year, someone also drew a swastika in the boys restroom at Silver Creek Middle School in Montgomery County.

RELATED: Whitman HS students posted photo of themselves in blackface, wrote the n-word on it

Another swastika was uncovered at Bannockburn Elementary.