Maryland authorities could face open defiance if new gun laws pass, including from one of their own

Followers of the 'We Will Not Comply' movement include the elected sheriff of rural Wicomico County on the Eastern Shore. 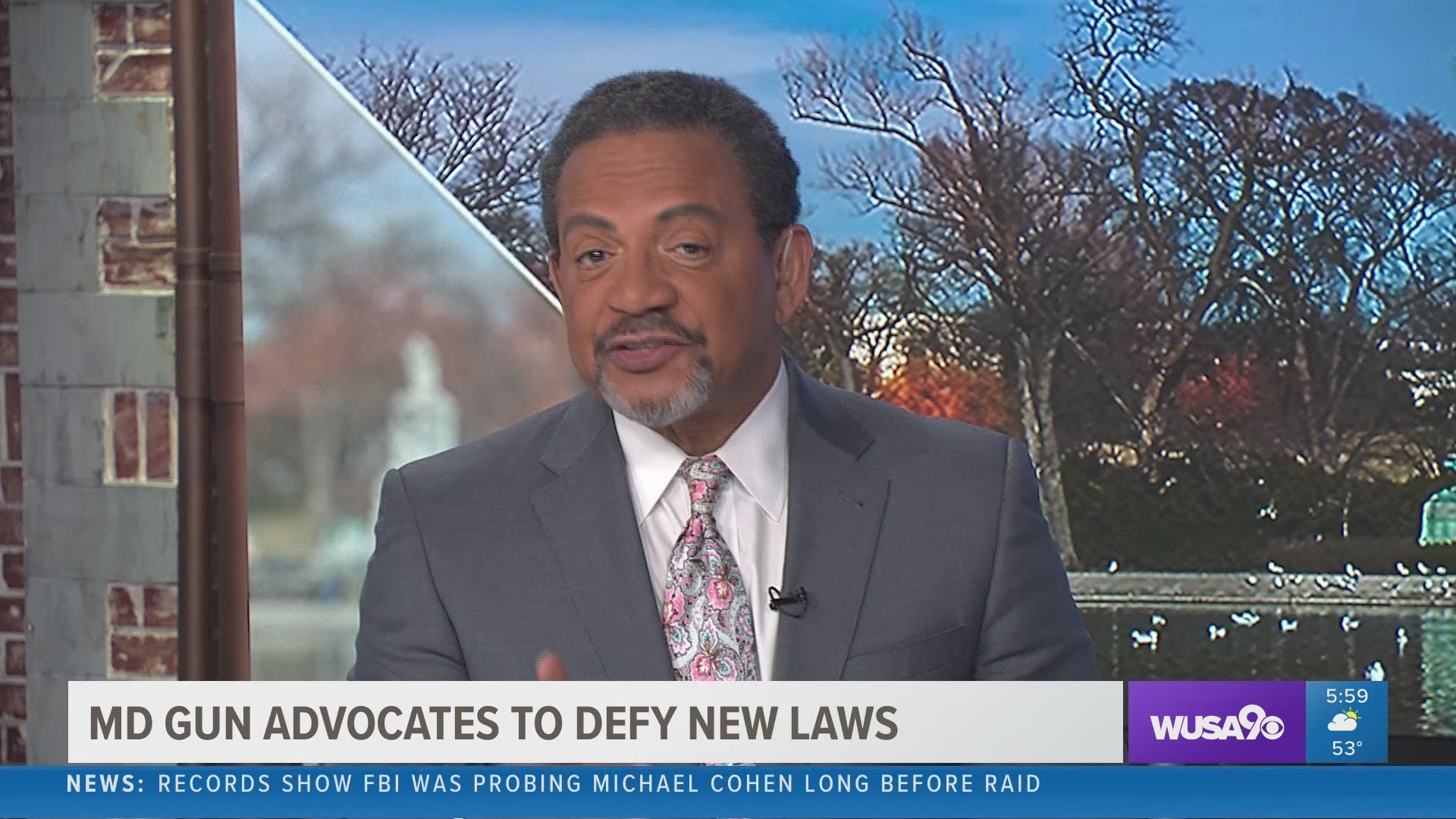 ANNAPOLIS, Md. — A Maryland-grown gun rights movement called “We Will Not Comply” is promising open defiance of any new gun control laws that may pass in the state.

Followers include the elected Sheriff of rural Wicomico County on the Eastern Shore who has promised neither he nor his deputies will enforce the laws.

“If these bills pass, we will not comply,” Wicomico County Sheriff Mike Lewis said in a speech to supporters seen in a video posted to YouTube.

The “We Will Not Comply” movement started by a Second Amendment advocacy group called the Patriot Picket has gained steam as the 2019 session of the General Assembly has unfolded.

Members of Patriot Picket clad in “We Will Not Comply” T-shirts have been familiar faces on sidewalks and in hearing rooms for months.

Tuesday, they stepped up the defiance when Patriot Picket co-founder Jeff Hulbert disrupted a gun control vote in the House of Delegates and was escorted out by State Police in a video captured on YouTube.

Credit: WUSA9
Patriot Picket co-founder Jeff Hulbert disrupted a gun control vote in the House of Delegates and was escorted out by police.

The Secretary of the Maryland Democratic Party has taken to Facebook to call protesters “homegrown terrorists.”

Hulbert says he does not advocate for violent confrontation with authorities attempting to enforce new gun laws.

He describes the strategy as “civil disobedience” and compared Patriot Picket members to Rosa Parks and Martin Luther King.

“If it comes to me being in handcuffs in order to be a plaintiff and get in front of a judge and say ‘your honor, this is wrong’, I’m happy to do that,” Hulbert said.

“There comes a time in every society that if bad laws are passed, it’s your duty to disobey them,” said fellow Patriot Picket member Paul Brockman.

Monday, a bill that would require background checks performed by licensed gun brokers to complete the sale of unregulated rifles and shotguns between private individuals in Maryland passed the House of Delegates.

Another bill would prohibit guns made with 3-D printed components and no serial numbers.

Federal law allows owners to construct such guns with components they make or can purchase from others.

Maryland’s Senate will take up the measures next.