Senior Deyane Moses, a senior photography major at the Maryland Institute College of Art in Baltimore, didn’t just reveal the truth – she created an installation exhibit about it 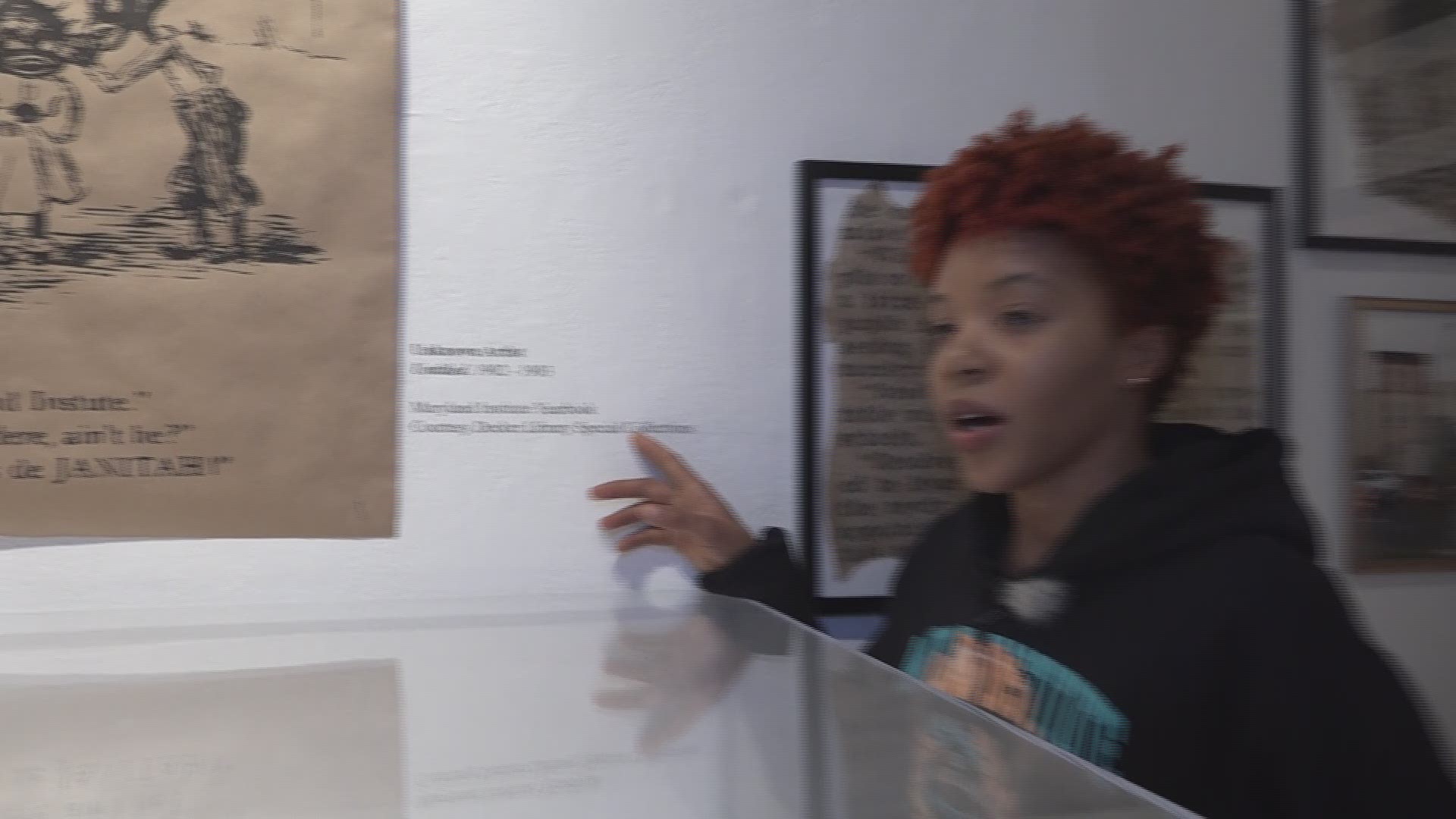 BALTIMORE — A renowned Maryland Art College has apologized for its racist past, after a student there uncovered an ugly chapter in its history.

Senior Deyane Moses, a senior photography major at the Maryland Institute College of Art in Baltimore, didn’t just reveal the truth – she created an installation exhibit about it.

“MICA as an institution – represented by its president, vice presidents and board of trustees – apologizes for its historical denial of access to talented students for no other reason than the color of their skin, and for the hardships to those who were admitted but not supported for their success,” wrote President Samuel Hoi in an open memo to the MICA community.

Moses’ installation is called Blackives: A Celebration of Black History at MICA and is prominently featured in one of the college’s exhibit spaces.

Moses displays curated photos and documents she discovered showing how the college reacted after being forced to admit pioneering African-American student Harry T. Pratt on a scholarship in 1891 by a Baltimore African-American city council member.

As a result, the college turned its back on significant financial support from the city and codified a racist policy to admit only “reputable white people”. The policy stood until Brown vs. Board of Education in 1954.

In 1903 the college printed a hateful, degrading cartoon lampooning African-Americans associated with the school as janitors and little children.

Pratt went on to become a prominent educator in Baltimore, but other blacks were denied admission.

None of this history was known at MICA until Moses went looking.

“This history is important and we have to talk about it,” said Moses.  “I’m glad I was the one to do it.”

“I was deeply stirred when I visited the Blackives exhibition,” wrote MICA President Hoi. “While specifically celebrating the black students at MICA – past, present and future – they should resonate with all students who overcome obstacles with strength and determination to receive the best education they deserve.”