Man dies after being shot following fight at Suitland funeral

Police they responded to large fight outside a storefront church in the 5600 block of Suitland Road Monday afternoon. 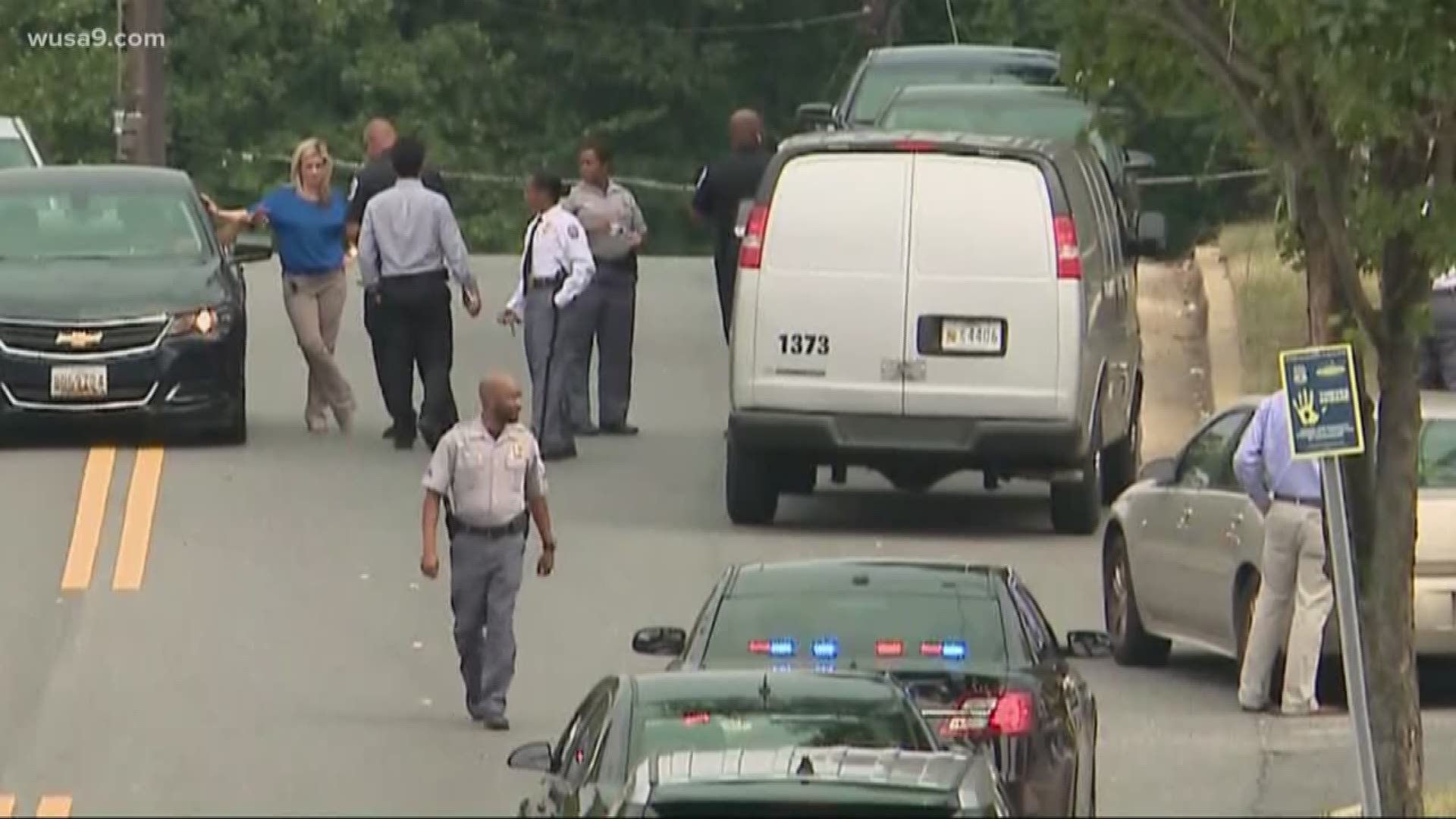 WASHINGTON — Police are investigating after a 24-year-old man died after being shot outside a funeral in Suitland, Md.

While they were there, the officers heard gunshots nearby and found 24-year-old Mshairi Alkebular Jr. inside a car with a gunshot wound. He was about 200 yards away from the fight, in the 5800 block of Suitland Road.

Credit: WUSA
A person is in critical condition after a shooting Monday afternoon in Prince George's County.

Prince George’s PD said in a release three other people were hurt in the 100-person fight but their injuries weren’t life threatening.

An eyewitness told WUSA9 she was at the funeral and disputed the police account, saying there was not a 100-person fight. She said an inebriated woman was causing a disruption at the service and they called police for help.

Police said Monday they were not sure the shooting and the fight were related.

Detectives are trying to determine the sequence of events after the funeral and anyone with information is asked to call the Homicide Unit at 301-772-4925If you want to stay anonymous, you can call Crime Solvers at 1-866-411-TIPS (8477), text “PGPD plus your message” to CRIMES (274637) on your cell phone or go to www.pgcrimesolvers.com and submit a tip online.