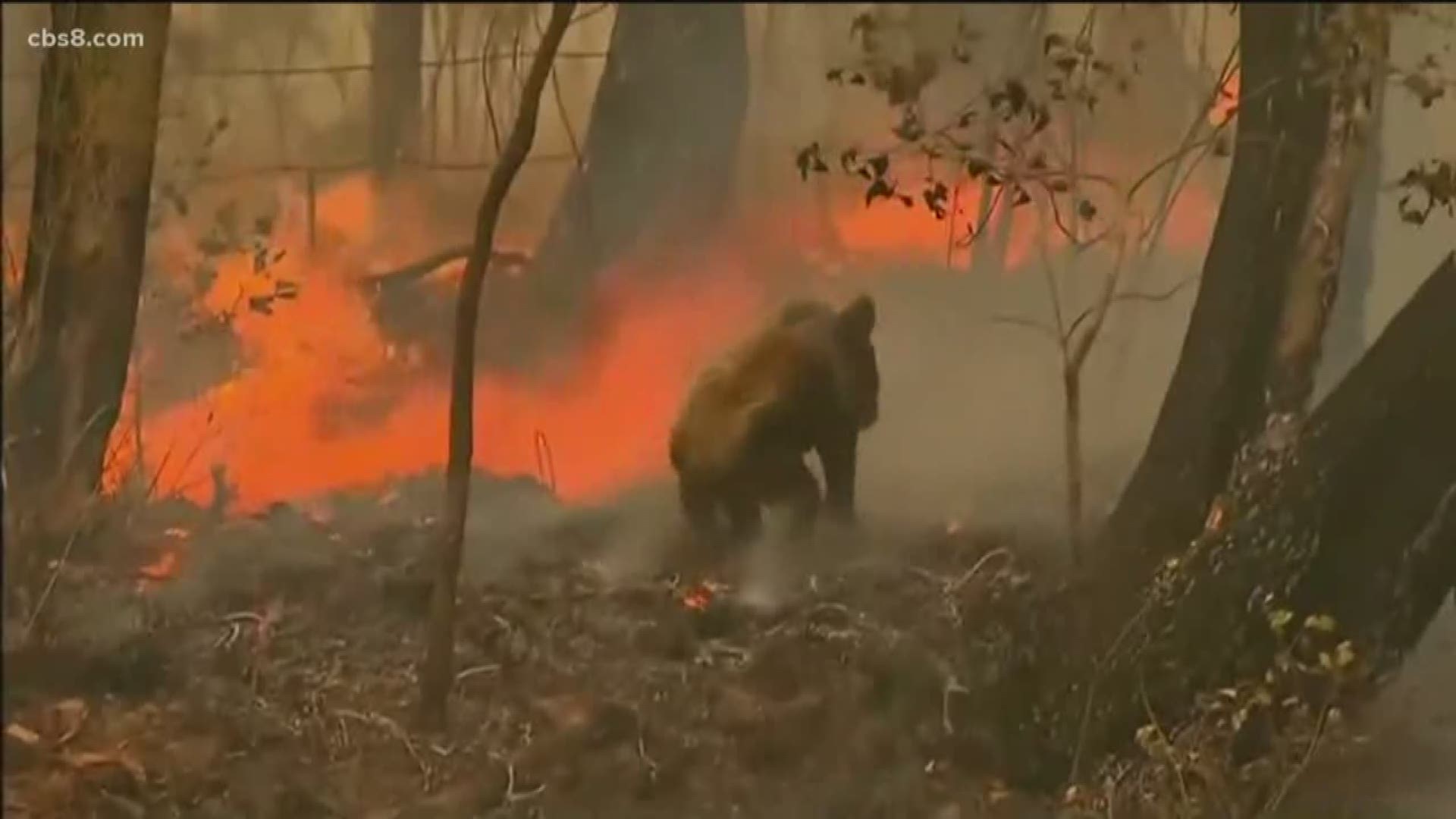 Animals affected by the Australian bushfires are getting help from San Diego. Part of the San Diego Zoo Global’s effort to save species at risk due to the bushfire crisis, the conservation pledged to match admission sales from the San Diego Zoo and San Diego Zoo Safari Park on Sunday and donate the money to Australia.

“San Diego Zoo Global is a nonprofit wildlife conservation organization, so the money we raise at our parks every day goes back into our mission to save species,” said Paul A. Baribault, president/CEO, San Diego Zoo Global. “Sunday’s effort is not just about fundraising, but also gives our audience an additional opportunity to be included in the effort to save Australian wildlife.”

San Diego Zoo Global has been working in collaboration with government officials and conservationists in the field to learn about and conserve Australian wildlife since 1923. The historic involvement with these species makes this current crisis particularly heartbreaking for officials with the organization.

“We have been devastated by the magnitude of the environmental crisis that is occurring in Australia,” said Bob Wiese, Ph.D., chief life sciences officer, San Diego Zoo Global. “We recognize that we will need to amplify our efforts and prepare for a long-term commitment in order to effectively recover the species that have been placed at risk.”

RELATED: How to help the victims, firefighters of the Australian bushfires

Since September, dozens of fires have destroyed homes, left at least two dozen people dead and have affected millions of animals

“Not only have we lost animals, but we have lost their food source. So, the koalas who made it through the fire and survived are now having trouble finding viable eucalyptus to eat,” said Lindsey King with the San Diego Zoo.

The assessment of how many animals have died and what it will take to rebuild their habitat can't fully be known until the fires die down, but San Diego Zoo Global is focused on recovery and long-term animal care.  Their effort to save Australia's wildlife even had Australian tourists at the zoo thankful.

Officials say the animals are in need of hydration and Australia's record-breaking heat is not expected to end anytime soon. Many at the zoo said they feel helpless but being a small part of the solution had them smiling.

In response to the threat facing wildlife and habitats in Australia, San Diego Zoo Global has also begun a fundraising campaign to support recovery of koalas, platypuses and other species. For more information, and to support these efforts, visit EndExtinction.org/Help.