You can drink the exhaust! See the green bus being eyed by Metrobus and DASH

You can take a test ride in a silent, zero emissions bus this weekend. 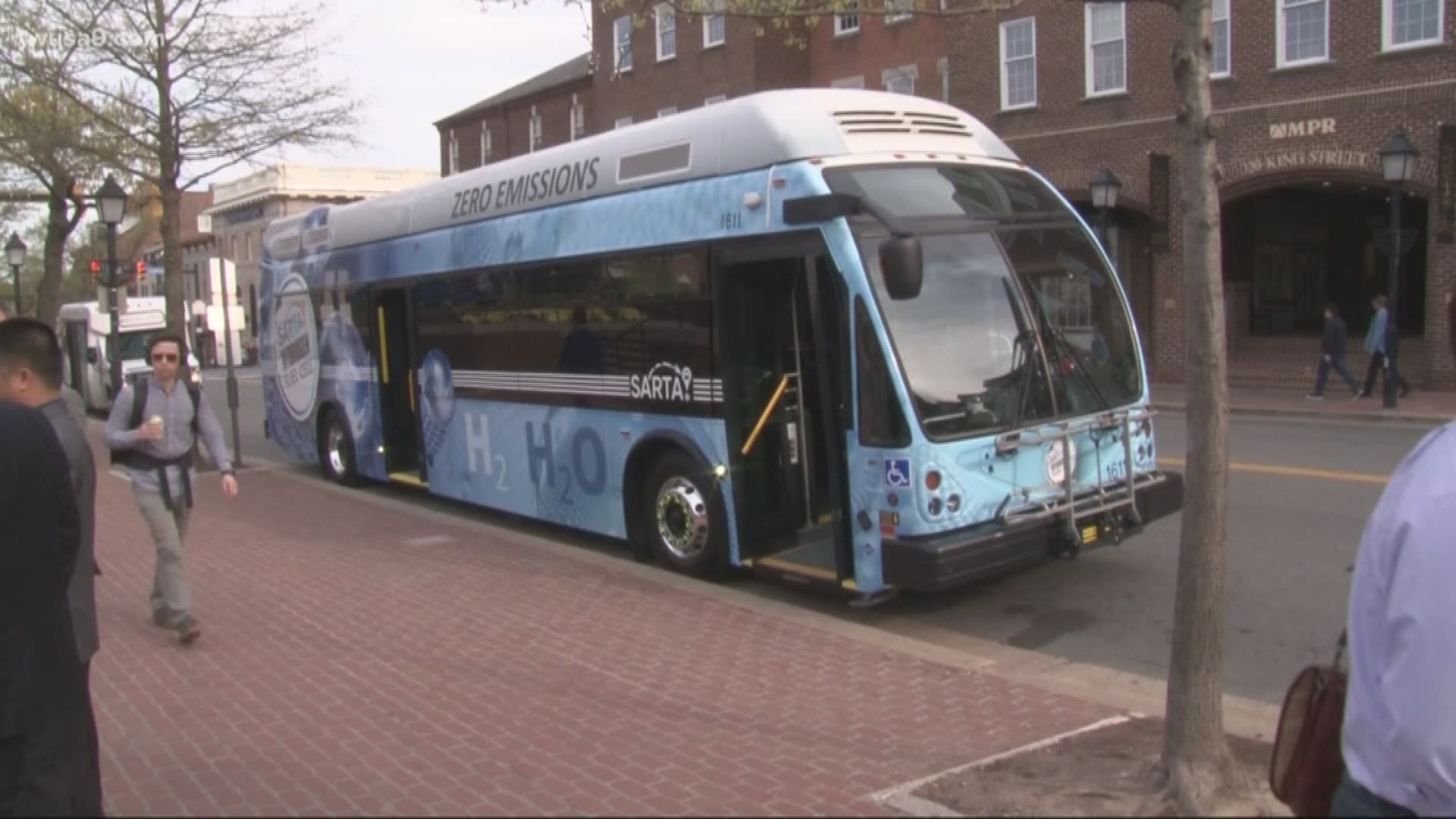 ALEXANDRIA, Va. — While it looks like an average bus, it is anything but.

A blue bus from Ohio is riding through our area in hopes that our region’s transit systems will go green.

“The only thing that comes out of the tailpipe is water,” said Kirt Conrad, CEO of the Stark Area Regional Transit Authority in Ohio. His transit system’s six hydrogen fuel cell buses produce zero emissions, which has piqued the interest of Metro and DASH in Alexandria.

“It’s very quiet, it’s very smooth,” said DASH assistant general manager Raymond Mui, who drove the bus Wednesday. Riders can hop on the hydrogen fuel cell bus this weekend on DASH test runs. It wants to see if the bus would be a good fit for the streets of Alexandria.

Here’s how the technology works: hydrogen and oxygen react inside a fuel cell which releases electricity, charging batteries on top of the bus.

“If we really want to curb our CO2 emissions in the country, we need to start electrifying and moving away from internal combustion engines,” said Conrad.

Conrad’s “borrow a bus” tour is being sponsored by the bus manufacturer and the makers of the propulsion technology. The goal of this trip is to charge up local transit systems and lawmakers.

"It’s important because we can get to transit systems and national policymakers,” said Conrad.

SARTA—which is out of Canton, Ohio south of Cleveland-- received a $4 million Federal Transit Administration grant to buy some of the buses.