'You brought my dog home:' Lab missing after I-84 crash reunited with family

Huck was thrown from the pickup he was riding in during a rollover wreck Friday. 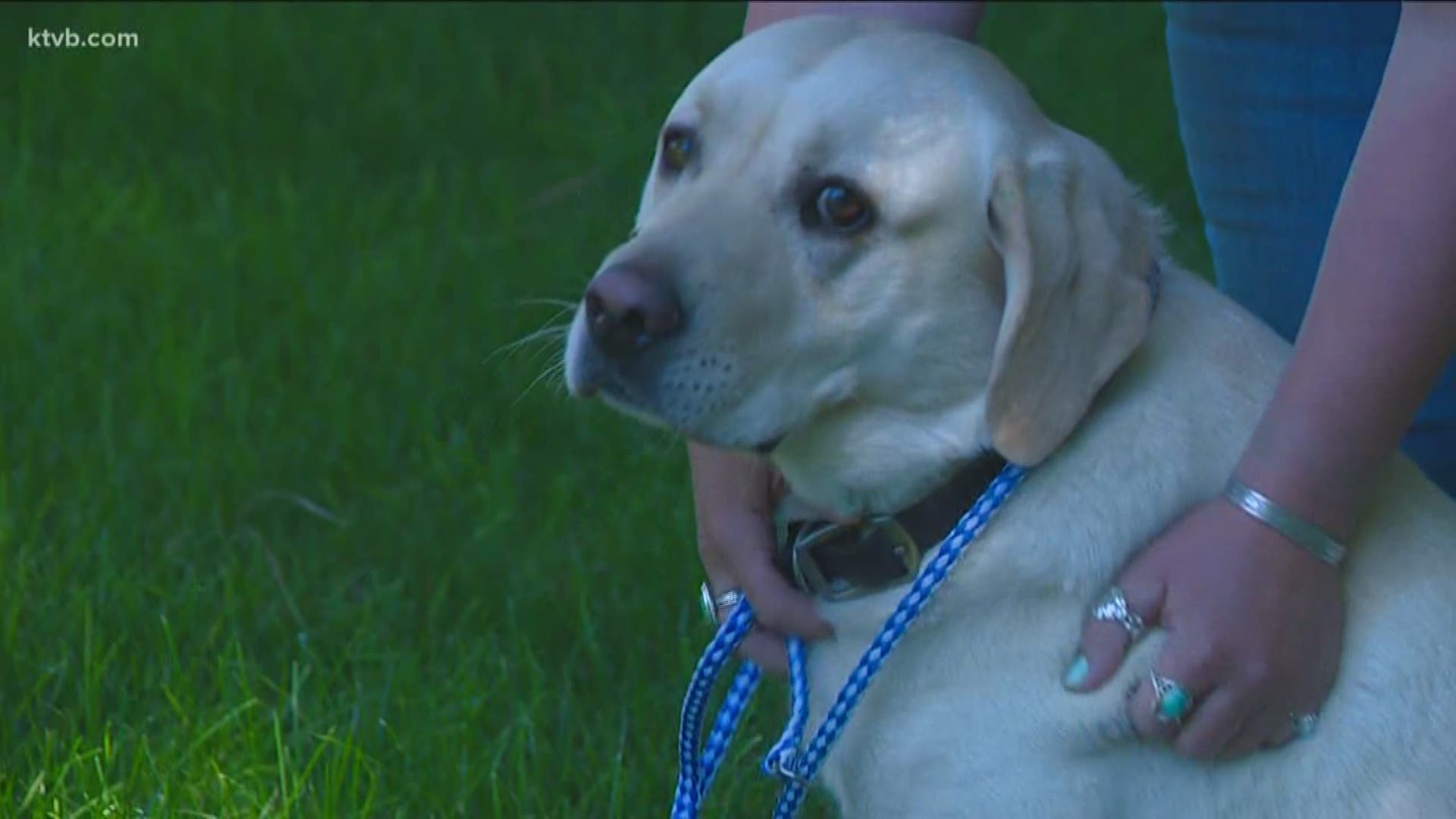 BOISE -- A dog that was thrown from the pickup it was riding in during a rollover crash has been found, ending days of worry for his family.

Huck, a 3-year-old yellow Lab, had been missing since the wreck happened Friday.

According to Idaho State Police, 53-year-old Christian King of Meridian - Huck's owner - was driving west near the Gowen Road exit when he sideswiped a semi and lost control. King's pickup veered off the road and overturned, seriously injuring the driver and flinging Huck from the vehicle.

King, badly hurt, was rushed by ambulance to Saint Alphonsus Regional Medical Center. But Huck was nowhere to be found.

RELATED: Meridian man in hospital, dog missing after I-84 crash

The driver's wife, Tracy King, described how the community rallied to help find the missing pet. Volunteers turned out with tracking dogs and a drone. Hundreds shared Huck's picture and information on Facebook. Staff at Micron - located near the spot King's wreck happened - sent out flyers to every employee and used security spotlights to search for Huck at night.

But ultimately, Huck's homecoming took a bit of serendipity, the King family said, in the form of a Saint Al's lab tech who opened her door Tuesday morning to find the yellow Lab on her doorstep in the Columbia Village subdivision.

"He was just hanging on the porch, waiting for breakfast," King's daughter Lindsey King said.

The family described their reunion with the missing dog as "overwhelming." Huck has a cut on his face and his leg from the crash, but otherwise appears to be in good health, the Kings said.

Christian King remains hospitalized, and although he has been moved out of the ICU, he has a "long road to recovery," his wife said. His family is already planning how to get Huck into the hospital room to say hello.

Tracy King said she wanted to express her gratitude to everyone who joined in the search to find Huck.

"This community is amazing, we live in such a special place," she said. "I just want to thank everyone. You brought my dog home."