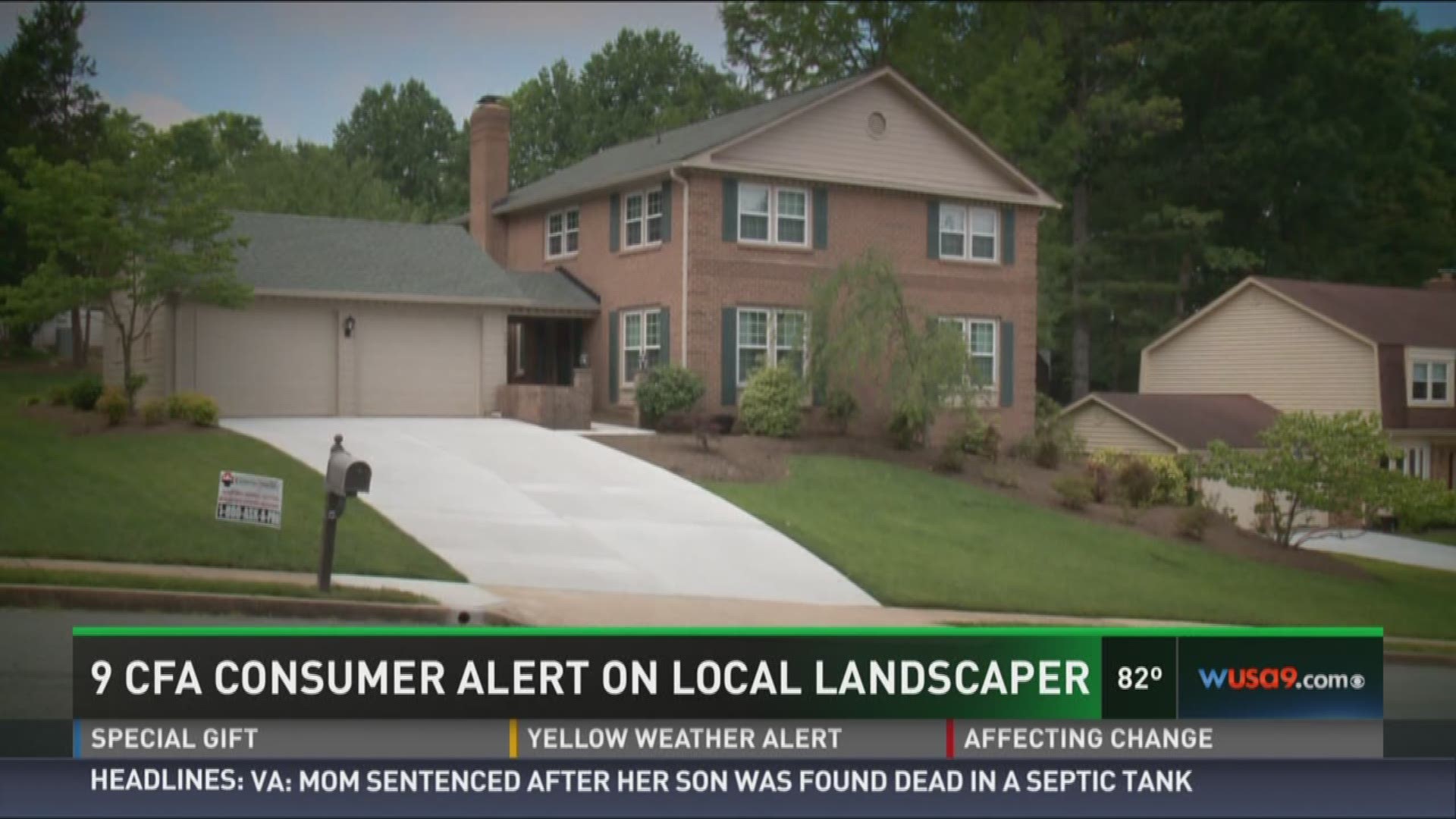 FAIRFAX, Va., (WUSA) "He said he had years of experience. He said he did A plus work,"

And, it was that pitch that convinced Heather Komorous to hire the Sapphire Landscaping company. She wanted them to rearrange mismatch plants, add mulch and tidy up the front lawn.

"He never came back to the house and never even attempted to start any of the work that was in the contract," Heather says.

The wife of a military officer and mom of two says she spent two weeks texting back and forth trying to get the Fairfax landscaper to schedule the work. But, after getting the runaround, she asked Khan for a refund.

Heather says, "I direct deposit it, the check, the next day. And, a week later, I had gotten an email from the bank saying the check had bounced."

She tried to deposit that $700 check many times, only to get the same results. When she texted again to ask for her money, Khan sent her a picture.

"Basically saying ha-ha, I have your money and I basically bought myself a new flatbed truck for my business with it," says Heather Komorous.

She warned Khan that she would file a police report.

And, so do some other people who also read Heather's review. The reached out to us with pictures and text messages from their dealings with Kamran Khan. They say Khan took their money and performed substandard or no work at all.

Heather says, "He was also trying to bribe us. If I give you your money back, you're going to take these bad reviews off for me.

A Fairfax City auditor confirms that Sapphire Landscaping is not a licensed business and it's Rock Garden address is a residential listing.

Call For Action gave the unlicensed landscaper a call to find out why he was taking money for services he wasn't delivering.

Khan admitted that he took on too many jobs, and shouldn't have accepted the money knowing that. He said Heather would receive her refund the next day, and she did.

Kamran Khan says he has no plans to give refunds to any other customers who contacted our Call For Action team.

To avoid a similar situation, thoroughly research the company, contact your local consumer affairs agency for complaints, and only give a small down payment, never the full amount.

If you have a problem, click here and file a complaint with WUSA 9 Call For Action.