Report: Stephen Strasburg to re-sign with Nationals after flirting with free agency 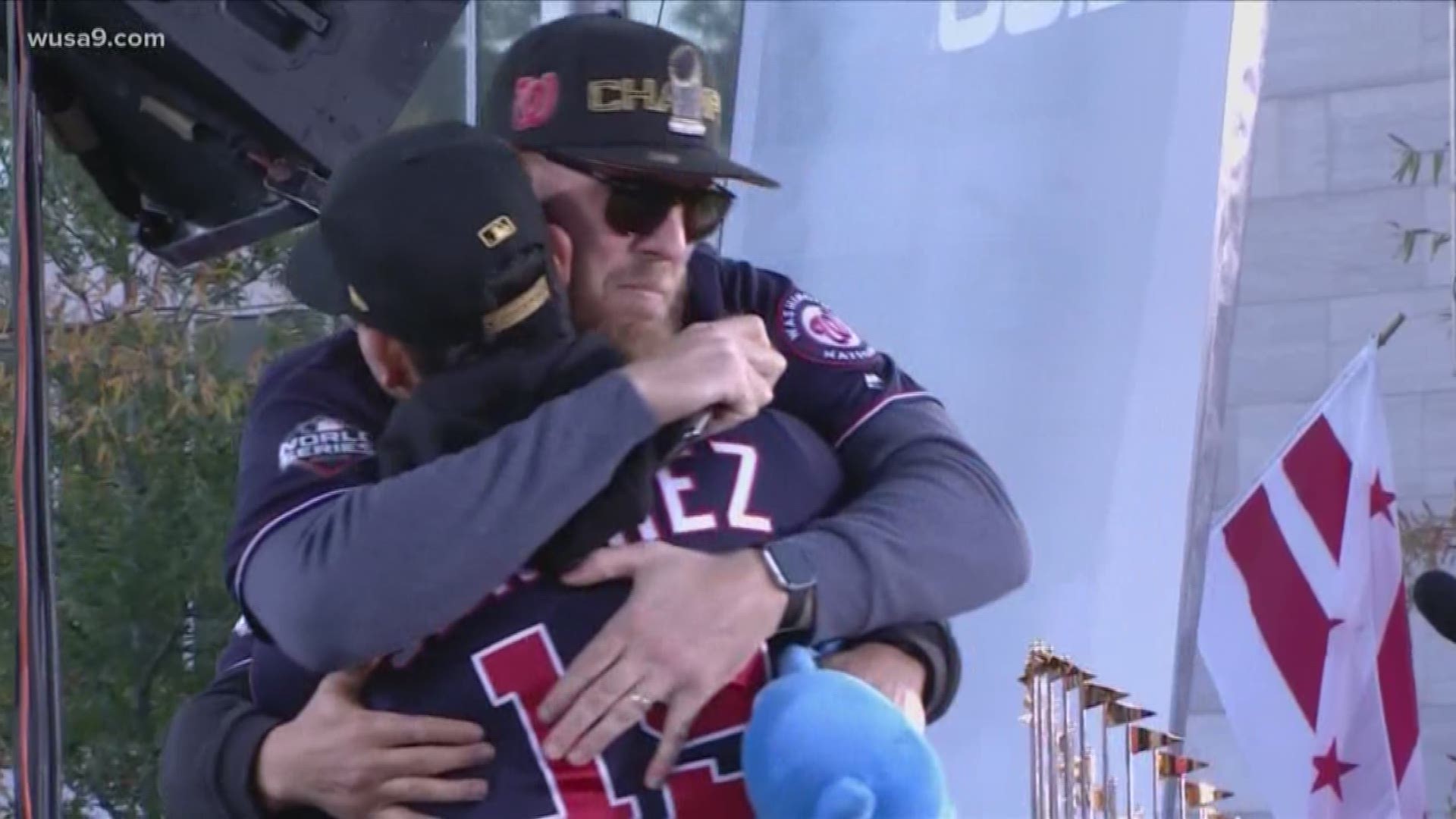 WASHINGTON — After helping the Washington Nationals secure its first ever World Series, Stephen Strasburg will reportedly re-sign with the franchise in a record-breaking seven year, $245 million, MASN reports.

The re-signing of Strasburg happens while the Nationals look to make hard decisions, which includes trying to navigate the finances of players that helped lead the team to new heights.

Strasburg, Ryan Zimmerman and Anthony Rendon where among some of the most notable names for Washington that had entered free agency following the seven-game series with the Astros.

When Strasburg re-signs, it will send the 31-year-old pitcher into his tenth year with the team. He was originally selected in the first round of the Major League Baseball draft after playing collegiately for San Diego State University.

The Nationals and Strasburg have had a positive relationship since his start with the team nearly a decade ago. Accolades for the three-time all star include being World Series MVP (2019), Silver Slugger Award (2012) and a Golden Spikes Award (2009).

While Washington is still riding a high from capturing the World Series, the re-signing of its winning team hasn't been easy.

Nationals owner Ted Lerner said in an interview recently that Washington would have trouble signing some premier players that were a part of the team's success in 2019, where the ball club went 93-69 in the regular season after starting off the season poorly -- having to climb back to take a National League Wild Card spot in the final days of the season.

The team finished second behind the Atlanta Braves in the NL East.

RELATED: Relive the 2019 World Series excitement with the premiere of a new documentary