At the home stadium for two of the team's players, girls said the win for women feels empowering. 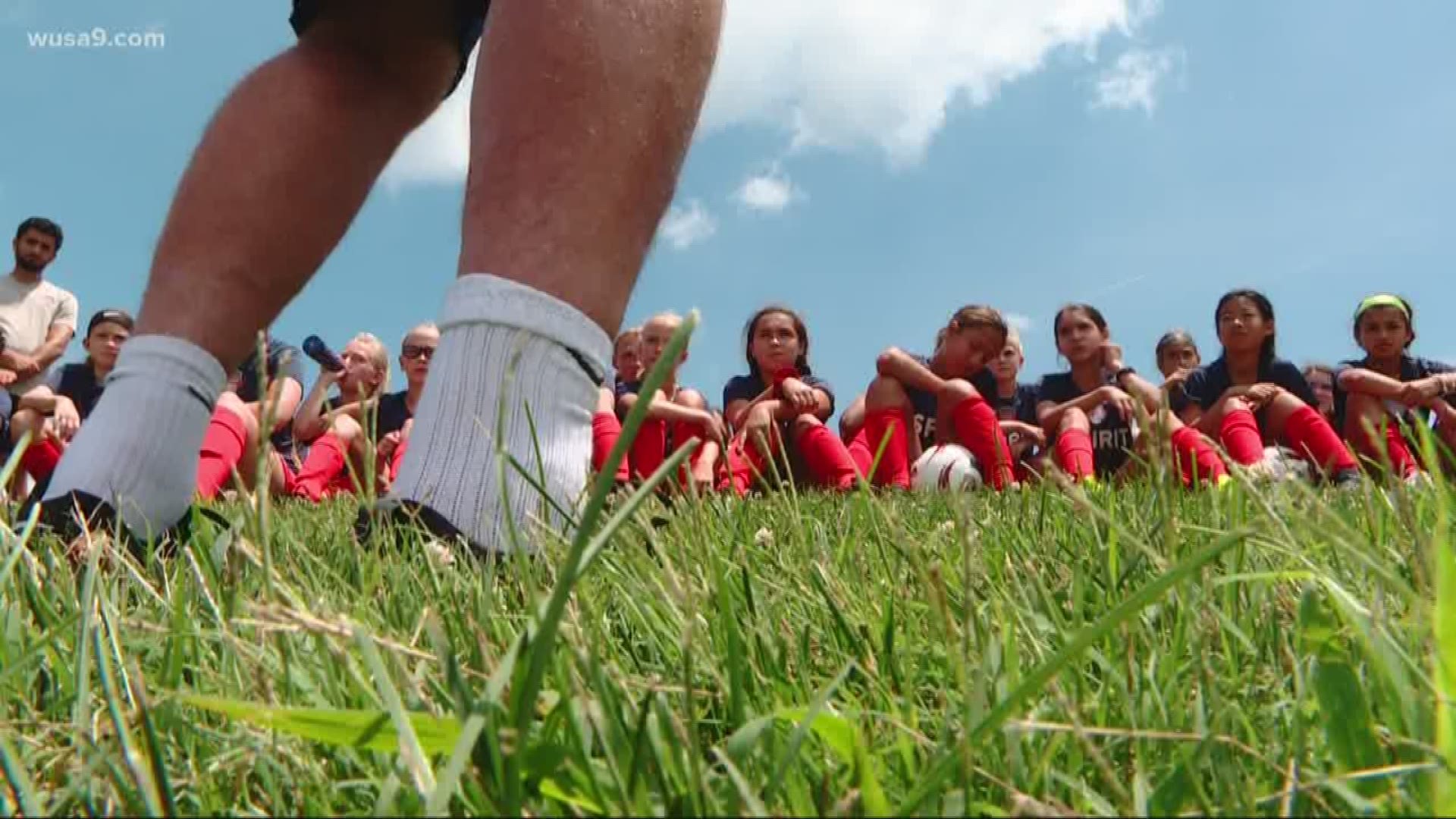 BOYDS, Md. — At the ticker tape parade for the Women's World Cup team in New York, fans roared for both the players and equal pay.

Americans have rallied around the issue like never before.

The players 'take no guff' style has been a real inspiration for many young women.

At the Washington Spirit Summer Training Center at the Maryland SoccerPlex, where both Rose Lavelle and Mallory Pugh play and train, the kids didn't get to watch the parade because they were too busy practicing. But the World Cup victory was on their minds.

"It's inspiring," Lauren Cunningham, 10, said. "'Cause you can like look up to them and one day you'll be in the World Cup"

Spirit executives want to focus on the positive role hanging out with women pros at the camp can have on girls.

"It's a unique opportunity to bring the youth of today with the pros," Spirit CEO Larry Best, said.

But the player's campaign for gender equity has hit home. As the crowd in New York yelled, "equal pay, equal pay," Carlos Cordeiro, president of U.S. Soccer, said "We will continue to invest more in women's soccer than any country in the world, and we will encourage our friends, including our friends at  FIFA to do the same."

"I think it's really empowering that the women won, especially the US women," Madeline Miningas, 12, said. "It makes me feel very prideful. And kind of confident."

It's a lesson the girls are unlikely to forget.

"Men went first and then women just showed them up," Lauren Cunningham, said.

The guys are listening in on equal pay as well. Sen. Joe Manchin (D-W.Va) just introduced a bill to block the use of any U.S. funds for the 2026 World Cup here until the U.S. Soccer Federation agrees to equitable compensation for the men's and women's national teams.

RELATED: Who is US soccer star Megan Rapinoe?