The Pine Gulch Fire north of Grand Junction has grown to become one of the largest in the history of the state. 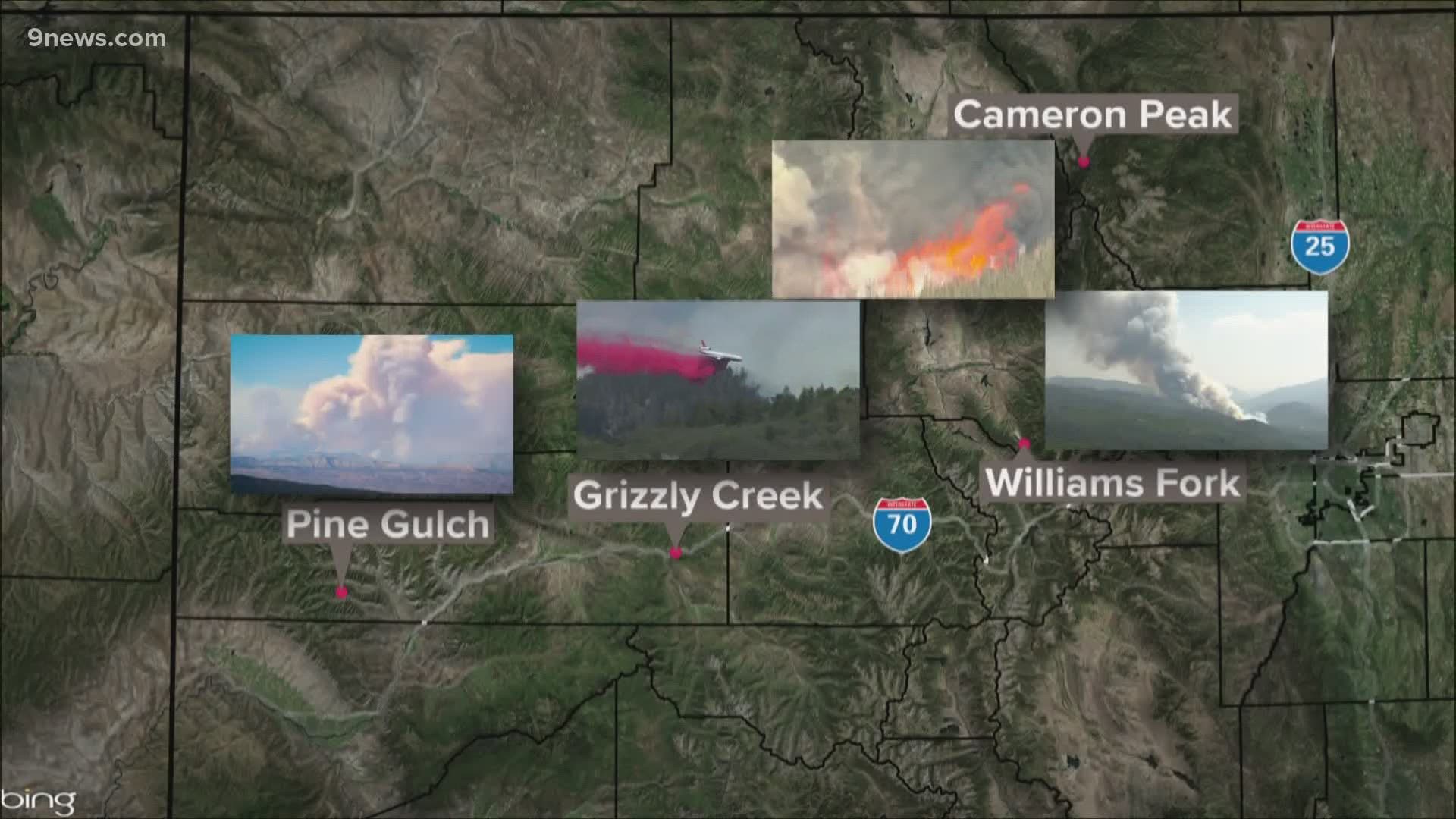 From the Western Slope to Glenwood Springs to the mountains near Fraser and up to Larimer County, more than 100,000 acres of Colorado land has burned since the Pine Gulch Fire started July 31.

Extremely hot and dry conditions have fueled four major wildfires across the state as more than 1,500 firefighters battle to try and contain the flames. Luckily as of right now, we have not heard of any houses or buildings burning.

"We’re dry," said Einar Jensen, a risk reduction specialist with South Metro Fire Rescue. "Colorado all the way across the state, we haven’t had nearly as much precipitation as we need."

At a community meeting Saturday afternoon, fire officials battling the Cameron Peak Fire in Larimer County predicted they won’t see rain in the area until at least Tuesday or Wednesday of next week.

"The greatest challenges facing firefighters in our state’s fires right now comes down to weather, access and flame length. Flame length relies on the fuel that’s burning," Jensen said. "Under most conditions, standing live trees are actually more flammable than beetle kill trees. But in this case, with the weather that we’re currently seeing, any sort of condition that creates a swath of dead trees is going to be easy fuel for a wildfire."

So far, the fires have been kept to remote areas of land, with no houses burned. Jensen warns that could change if new fires start up.

"My message to the viewers out there is that this is a great day to mitigate," Jensen said. "It’s imperative that we all take responsibility for our properties."

RELATED: Here are all the wildfires burning in Colorado right now

With smoke now covering Denver and much of the state, firefighters are forced to divide their resources.

"Being transparent, we’re trying to bring in as much as we can to help everyone out, but we’re also fighting fires on many different fronts," fire officials told people at a community meeting for the Cameron Peak Fire on Saturday night.