'It's not a priority' | Why doesn't Maryland observe Indigenous People's Day statewide?

A state delegate has introduced legislation twice but it never made it past the first referral committee. 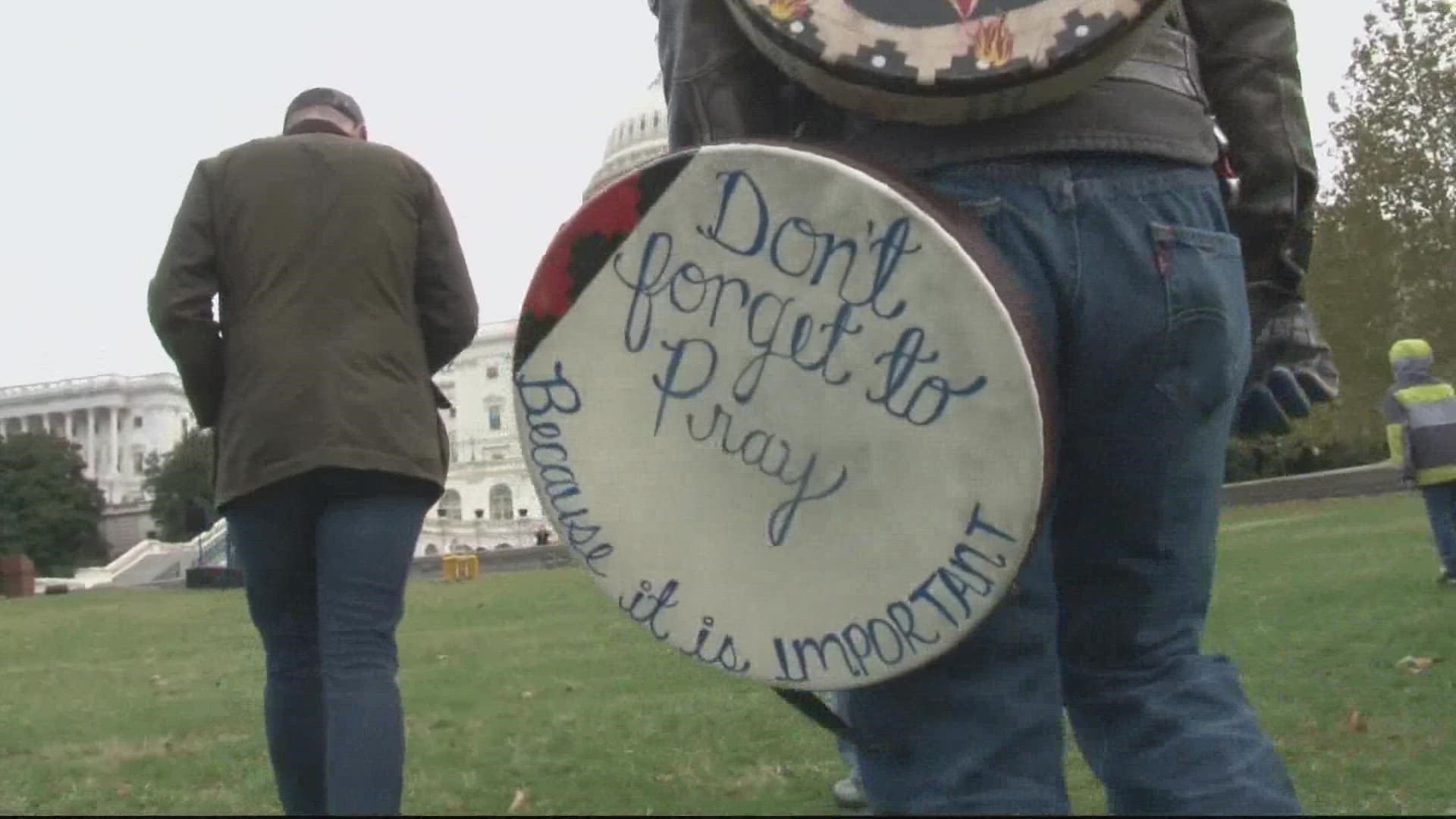 ANNAPOLIS, Md. — The tribal chant of the American Indian is a call to the ancestors. The first Americans are now being honored in 17 states plus D.C. with the renaming of Columbus Day to Indigenous People’s Day.

Virginia is included on that list, but Maryland is excluded.

WUSA9 discovered there are some exceptions in Maryland. Last year, the Montgomery County Council passed its own legislation and so did the Baltimore City Council. In 2019 the Prince George’s County council passed “Native American Day” and is the only Maryland jurisdiction with a school holiday.

“Maryland as a state needs to follow the lead of Prince George's and our other jurisdictions and make this change,” said Md State Delegate Wanika Fisher.

We got our answers straight from the Maryland General Assembly’s website and State Delegate Wanika Fisher of district 47B. The Prince George’s County lawmaker has introduced legislation twice.

“I think it gets stalled because it's not seen as a priority,” explained the Delegate, “they make it like it's an aesthetic bill and it's not. It’s real policy, it's real change and means something to people. Words and recognition matter. I think we've seen that in the last three years through whether the Black Lives Matter movement and police reform, accurate representation in Congress, here at home and Maryland. When people misrepresent history, it affects our kids, it affects us, and it affects how we're all treated in society.”

According to the Maryland General Assembly’s page, the House bill and its partner legislation in the Senate never made it past the first referral committee. In a recording of a March hearing before the House Health and Government Operations Committee, former Senator John Pica voiced opposition.

“You’re taking a holiday away from Italian Americans that has been celebrated close to a hundred years,” he argued.

“I do think we can celebrate Italian heritage in a way that's not celebrating someone who was a human trafficker. That's not someone that helped wipe out a community,” the Delegate said. “This is about recognizing the wrong that’s been done to a community that's been impacted and intertwined to this inaccurate history that we have been teaching our children for generations and generations.”

So, with a new legislative session set to begin in January, Delegate Fisher said she’ll re-introduce the bill in hopes that the 3rd time is a charm.

RELATED: Columbus Day used to be viewed as celebrating a triumph over oppression. Now it's seen as the exact opposite.