Why are people opposed to future 5G wireless service

Already some U.S. cities like Seattle and Portland have sued the federal government charging federal over-reach on an issue where neighborhoods, residents and their local governments should have the final say. 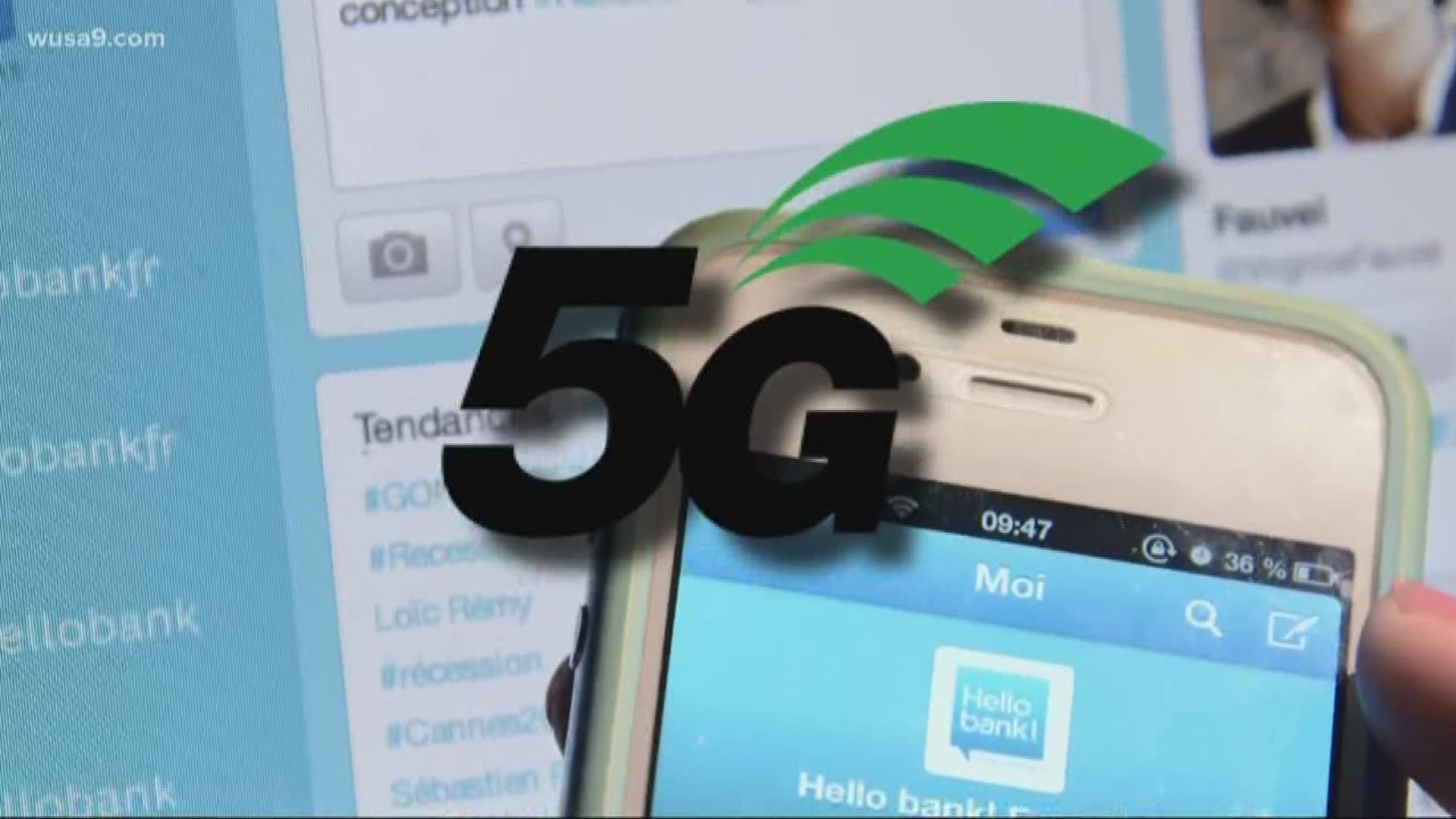 WASHINGTON -- The next generation of wireless technology is coming to the DC area and at least 18 other cities, but a lot people here and elsewhere are fighting it.

The Washington, D.C. Metropolitan area is among those targeted by wireless carriers like Verizon and AT&T for the first build outs of a future 5G system that could be up and running in 2019, even though no 5G phones are even on the market yet.

But there are significant concerns. To understand them, you need to know more about why 5G is different than any other wireless cellular technology to date. Here are some highlights:

5G will be a stronger, faster, signal that carries more data faster than ever before.

5G is expected to easily handle the astronomical amounts of data required to run a network of driverless vehicles in real time. It could also allow carriers to give you the equivalent of your cable TV package delivered to wireless devices anywhere instead of to devices hardwired to your home.

As an example, 5G could let you download a full feature-length film in HD to your phone in less than 5 seconds because it can transfer data at 1 gigabit per second. Current 4G technology manages 300 MB per second.

Now, perhaps you can see how 5G might be a game changer for industries ranging from driverless delivery to entertainment distribution.

But 5G will be different than current technologies in many important ways:

In some cases, the new equipment being installed on poles in residential areas has sparked outrage over appearance. In Santa Rosa, Calif., neighbors have revolted over the utility boxes and numerous devices hung on utility poles in their neighborhoods.

As a result, 5G is controversial.

At hearings before the DC City Council's Committee on Transportation and the Environment on Monday, a parade of witnesses warned of health dangers and complained about antennas and power boxes marring neighborhoods like Georgetown and Capitol Hill.

Ward 5 Council member Jack Evans warned the telecom industry they won’t be coming to Washington without a fight. Evans called plans to put one or more cell transmitters on nearly every block "ludicrous".

Meanwhile, Montgomery County, Maryland is considering an ordinance to regulate the roll out but delayed a vote on the matter October 30.

However, local governments with concerns are on a collision course with the Federal Communications Commission, which has ordered limits on local authorities' power to delay, obstruct or regulate the industry through lengthy applications, approvals and fees.

Already some U.S. cities like Seattle and Portland have sued the federal government charging federal over-reach on an issue where neighborhoods, residents and their local governments should have the final say.

There is little doubt 5G and all its many new antennas is coming to the DC region. The question will be whether you, your local government or anyone other than the carriers rolling out the service will have much say in what it looks like, and where it’s built.