Hundreds of people from D.C. met up outside of Union Market for the second annual D.C. Natives photoshoot. 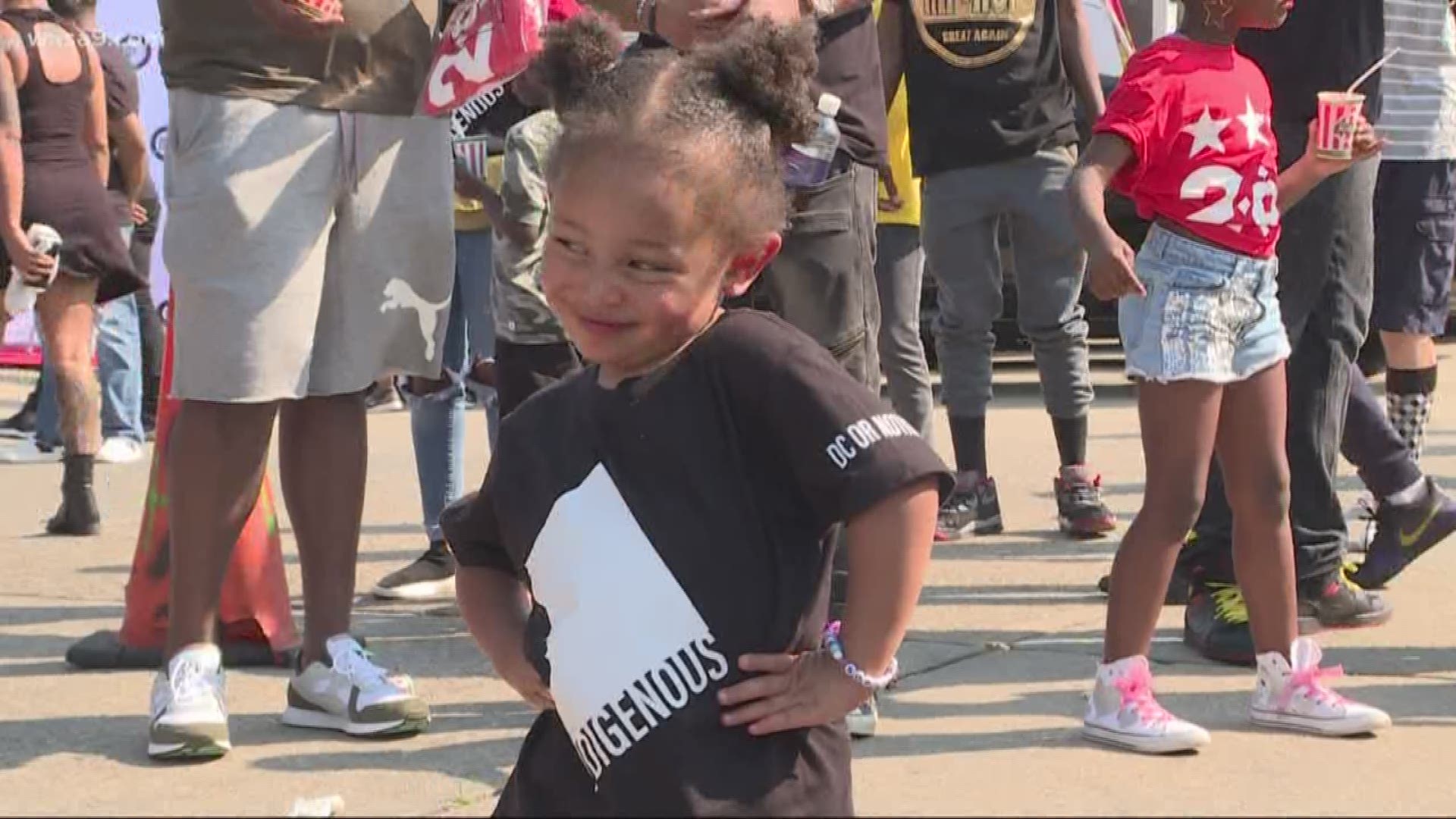 WASHINGTON -- D.C. natives met up outside of Union Market Sunday afternoon to show 'what D.C. really looks like' as part of the D.C. Natives Day campaign.

This marks the second annual photoshoot after the Washingtonian's controversial ad campaign.

Organizer Angel Gregorio said she wanted the event to be "a symbolic representation, a visual representation of what D.C. really looks like.”

“I’m born and raised uptown in D.C. I went to D.C. public schools. I went to Howard University…I own a spice shop in D.C., so I’m also a small business owner, a parent, so my roots in this city are deep, and my branches will continue to grow as I plan to grow my family here.”

Gregorio's co-organizer, Tony Lewis, said he felt responsible to make those who are indigenous to D.C. feel welcome again.

“We [are] in the most intensely gentrified place in America, and black natives feel that…people are feeling like strangers in their own homeland, and we have to change the tide on that.”

“I don’t want us to ever lose sight of how important it is that we as African Americans helped establish the fabric and the character of this city, and we got to hold onto that.”

Many of the people who showed up to be part of the photo Sunday wore shirts that said 'indigenous', signifying they are native Washingtonians.

“Well, I’m a fourth generation D.C. native. I’ve been here for I say five centuries now...We here for the long haul. We here and we ain’t going nowhere."

“I was born in D.C. General Hospital. I went to school here. I went to college here. I own a business here, which is called the Catwalk Boutique.”

Another native, Silas Grant, said he sees the purpose of D.C. Natives Day as an opportunity to tell the true history of D.C.

"I think the history of D.C., we’ve gotten the short end of the stick with respect to the narration of it, and so this D.C. natives day is trying to I guess flip that on the other side," said Grant.

“I grew up in the Edgewood community. My parents have been there since 1971.”

Others who have lived in the community since birth feel like newcomers are trying to push them out.

“Stop pushing people out of D.C. that’s been here all our lives. What’s happening to me, I feel like I’m being pushed out of D.C. I’m not going anywhere," said Terry Perry.

“Being a D.C. native is everything to me. Born and raised here all my life, love it here. Own a home right up in the Brookland area, which I love. It’s becoming a bit uncomfortable there, because I’m being surrounded by condos now."

Perry and others agree: they aren't going anywhere, and they plan to make their voices heard.

The official D.C. Natives Day is Monday, May 20th.