'We need to shift the culture about what is safe' | Do you buckle up in the backseat?

Non-bucklers say they don't do it when they are going a short distance, the vehicle is driving slowly, or because the cab or ride-share driver is a professional. 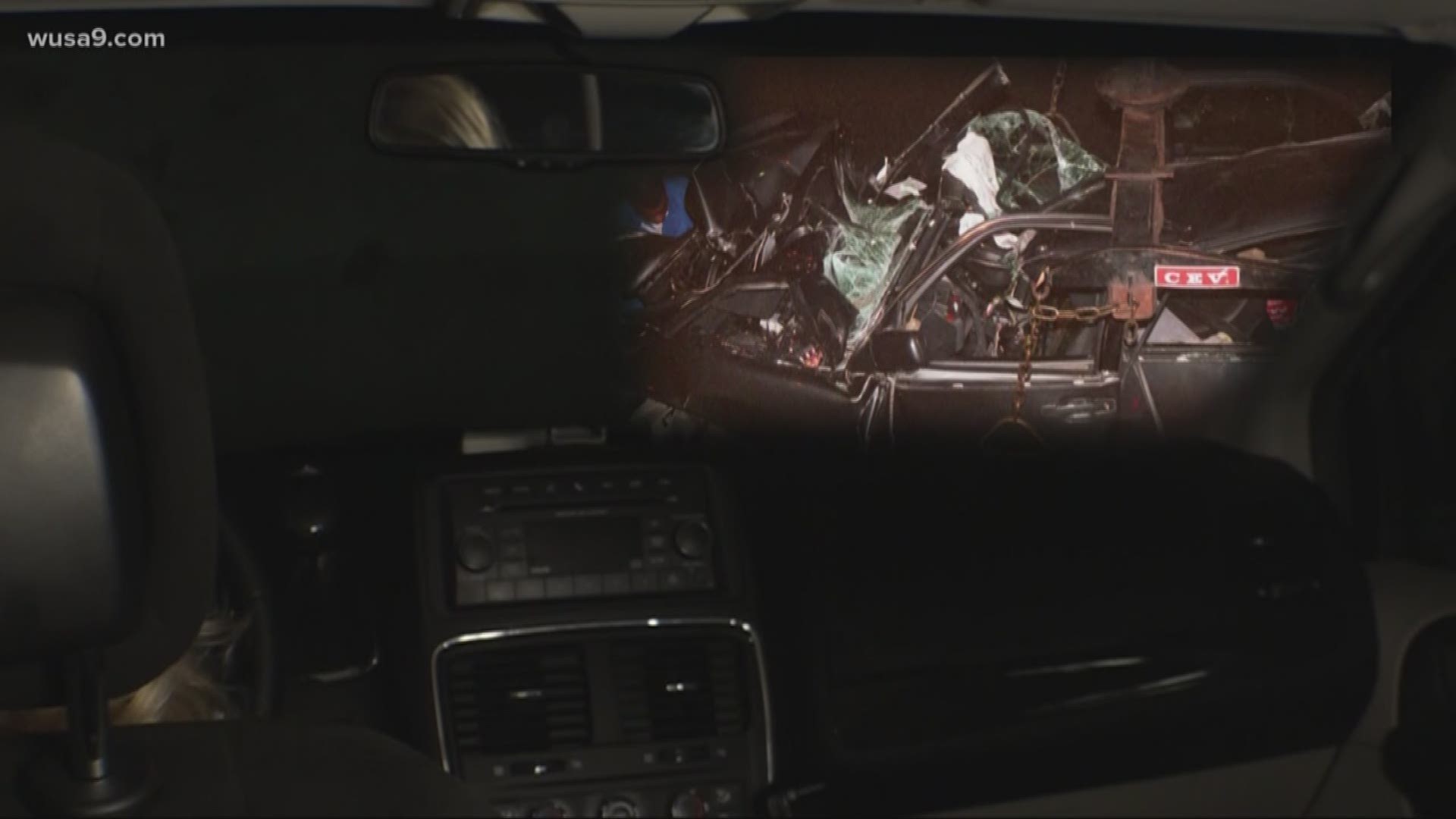 WASHINGTON -- In 1997, Princess Diana died when her limo crashed in Paris.

In 2014, comedian Tracy Morgan was nearly killed when a truck slammed into his limousine van in New Jersey.

In 2015, CBS News reporter Bob Simon died in a car wreck in New York City when his Lincoln Town Car rammed into the barriers along a median.

These and thousands of other crash victims have one thing in common: They failed to use a seat belt in the back seat.

After decades of safety campaigns, American adults are still skipping the seat belt in the back seat.

WUSA9 hit the street to find out why.

MORE: IIHS Study on Not Buckling Up in the Back Seat

Alongside DC’s Department of For-Hire Vehicles, we spent one hour at Union Station watching people climb into taxis and ride shares to find out if passengers are failing to fasten their seat belt.

We learned when travelers rush in and out of cabs and ride shares, the value of safety doesn't always click. Dozens of travelers took off with the seat belt unbuckled. Most of them were fixated on their phones, perhaps focused only their next destination.

“It seems to be a bit of a cultural phenomenon,” said Becca Weast, a researcher at the non-profit Insurance Institute for Highway Safety (IIHS). 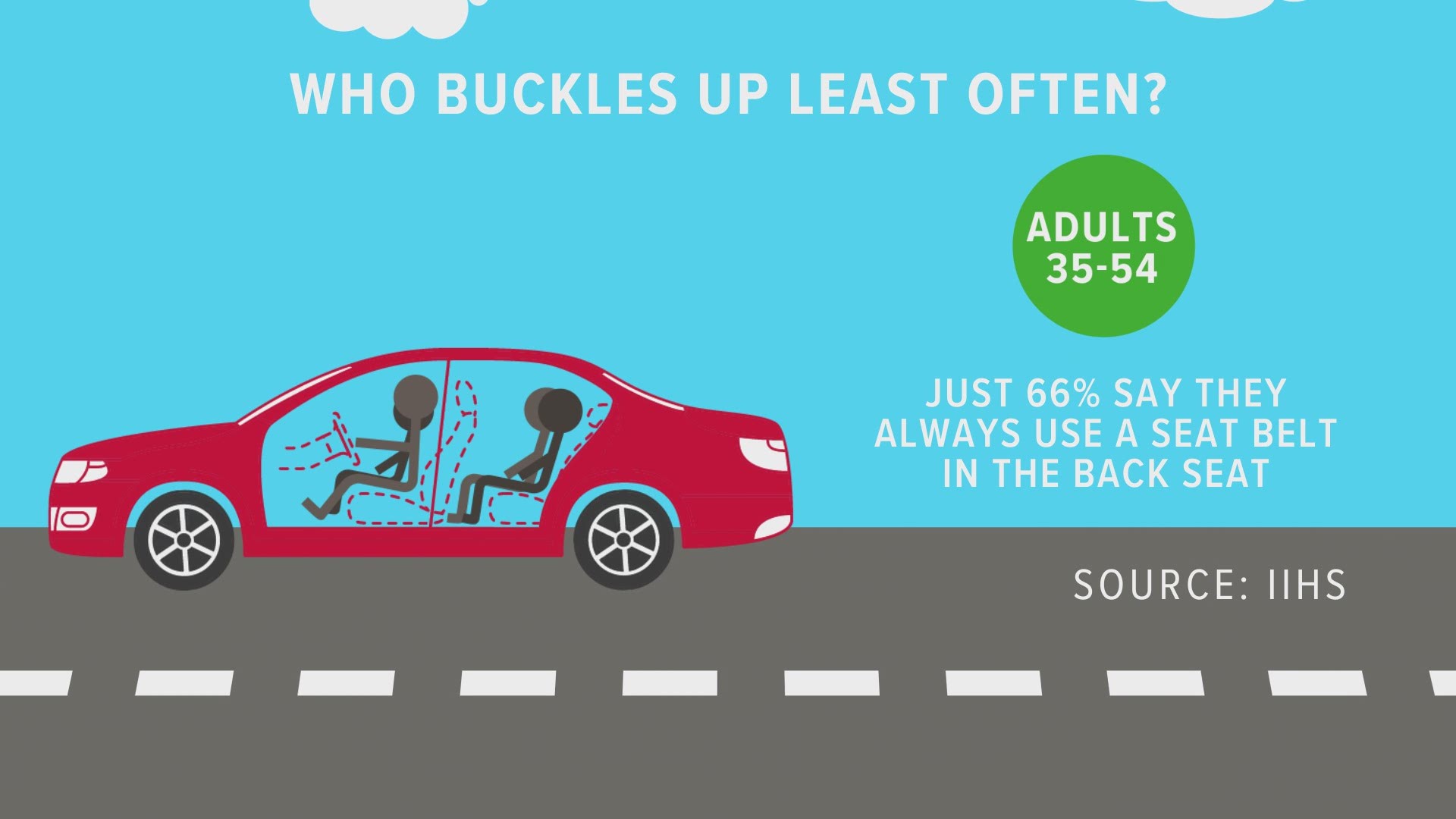 Weast points out those assumptions about safety are flawed and pose a risk for others in the vehicle.

IIHS test run video shows a dummy unbuckled in the back seat. When the car crashes, the dummy is suspended in air, then slams into the seat in front seat, pushing the driver’s body into the steering wheel.

The horror the test demonstrates happens regularly across American roadways. According to the National Highway Transportation Safety Board, in 2016 almost 2,500 people could have survived an accident if everyone in the vehicle had buckled up.

“Your body becomes a projectile,” Weast said. “We need to shift the culture and culture attitudes about what is safe.”

The modern lap and shoulder belt concept we use today was invented in 1959.

But, it wasn't until 31 years later, 1990, that federal law required car manufacturers to sell those seat belts in the rear outboard seats of most cars. 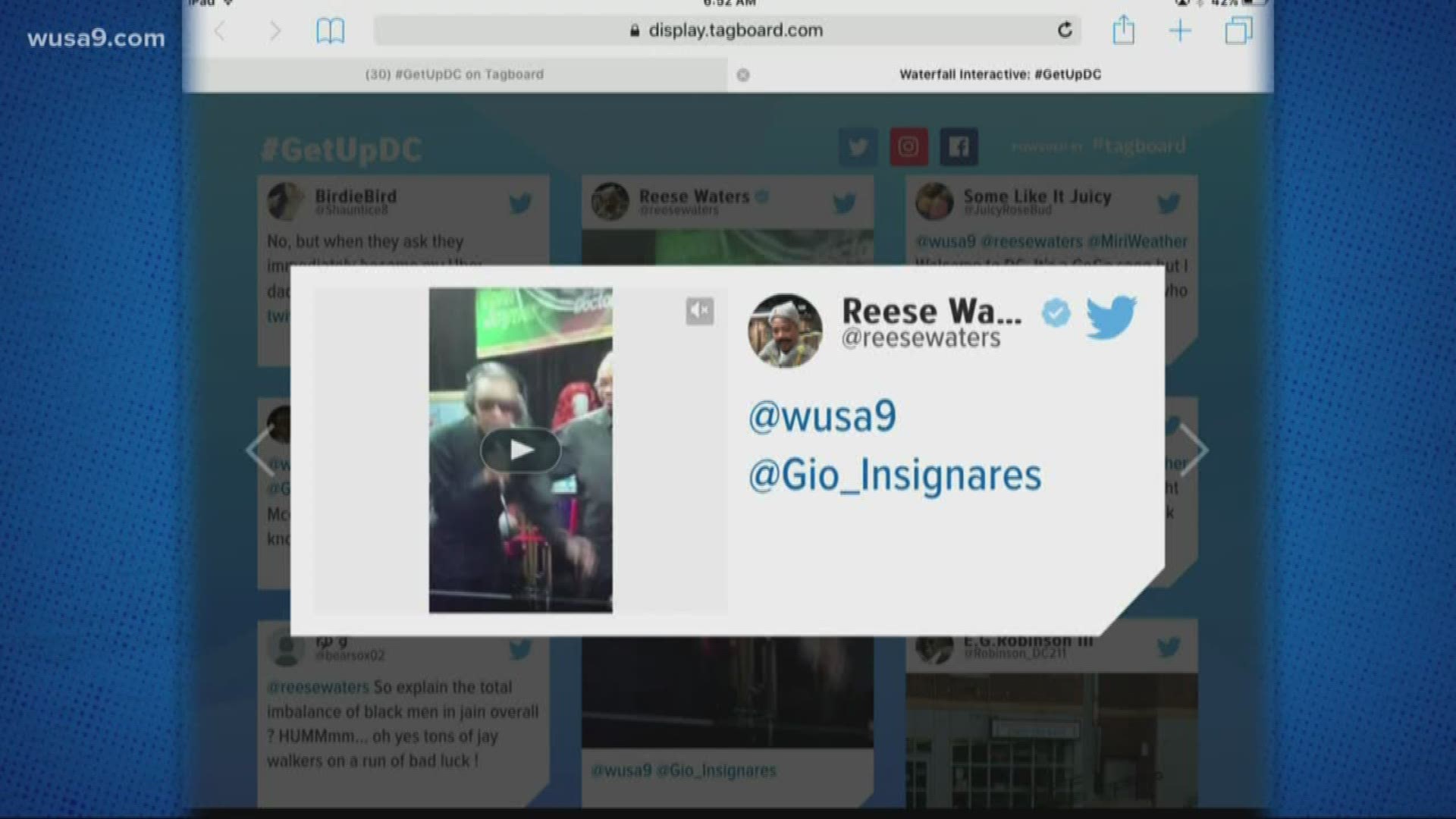 Virginia has never adopted a law requiring adults to buckle up in the back. Maryland and DC made it mandatory for adults in 1997.

Failing to buckle up is particularly problematic for Uber and Lyft drivers. For example, DC law still considers ride shares to be personal or private cars, meaning the drivers could get a ticket if a passenger ignores the seat belt law.

Taxi drivers are exempt from that law, though DC cabs usually have a sticker reminding riders to buckle up.

When WUSA9 asked an Uber driver if his passenger was buckled, he looked over his shoulder.