The Montgomery County Council also held a hearing to discuss a proposal to create a new policing advisory commission. 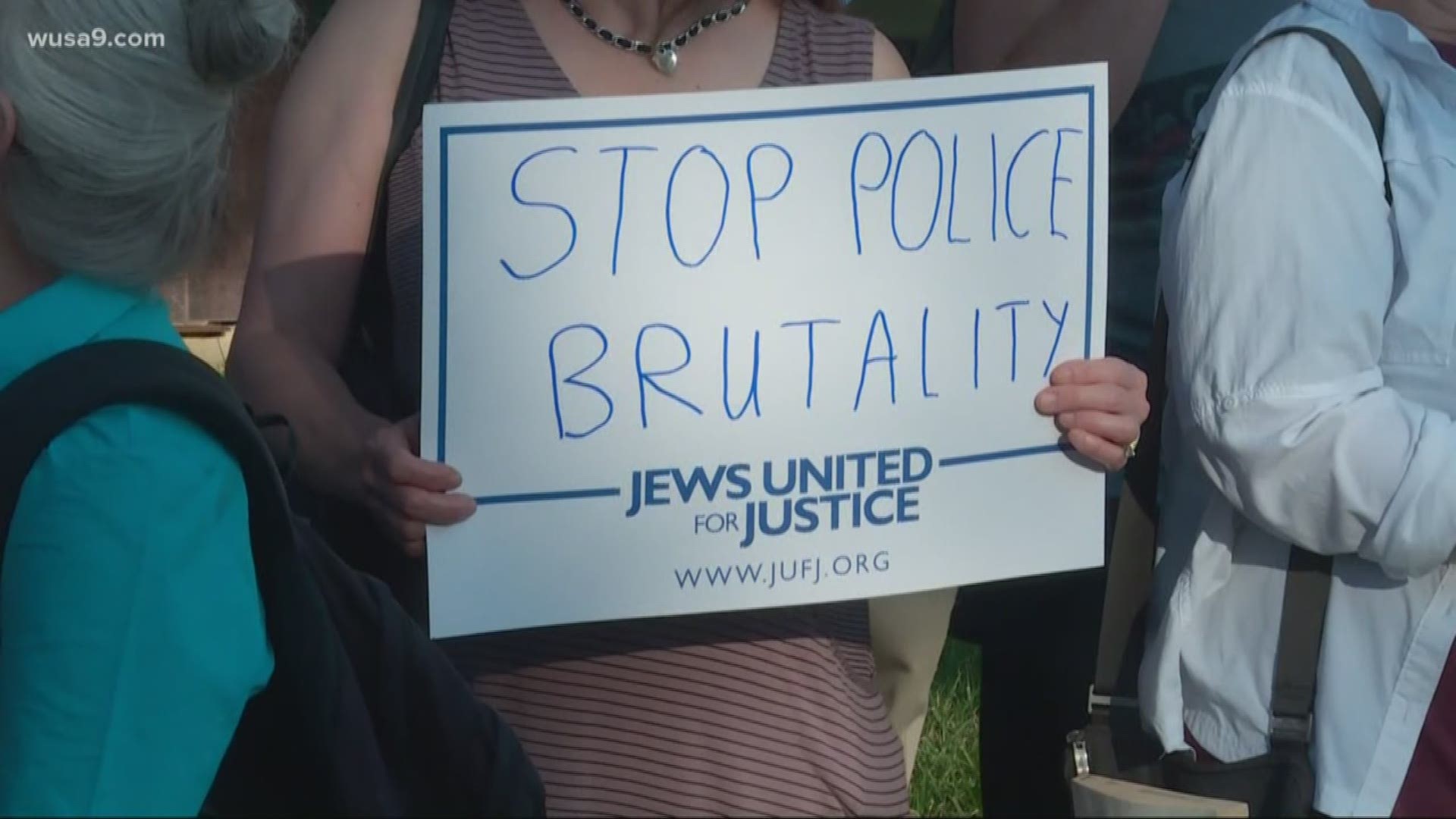 ROCKVILLE, Md. — The Montgomery County Council considered the future of how to advise its law enforcement officers Tuesday, as dozens of protesters gathered outside the meeting to voice their concerns about a controversial incident that recently involved local police.

Pesoa was handcuffed during the incident. Moris has been placed on administrative leave.

"We're out here because we believe in accountability," said Alex Vazquez, a community organizer with CASA. "Especially, when it comes to our police force and after seeing the video of the officer, we are concerned.

Riemer said he wanted the proposed commission to examine strategies that the police department can use to promote public safety.

"The legislation seeks to create a place for the department and the community really to partner on policy issues," he said.

If approved, the commission would consist of 13 members. Nine of those members would be public residents appointed directly from the county council.

The commission would advise the council on policing matters and recommend regulations and legislation regarding law enforcement work.

It would also have one public forum every year to gather community input.

"Well, the bill's definitely a good first step," Vazquez said. "W definitely want people to feel like they can trust our department.

Either Montgomery County's police chief, or a person designated by the chief, would also get a non-voting role on the council.

Montgomery County already has a Criminal Justice Coordinating Commission (CJCC). But, less than a quarter of that body consists of members of the public. Also, unlike the CJCC, the new commission would be expected to focus on best practices for policing matters.

"The commission will allow our residents to more fully understand how we craft policies and vet potential issues attached to those policies," he said.

But, Torrie Cooke, president of Fraternal Order of Police Lodge 35, says he is concerned the idea could harm community policing.

"We need to have a place where the community and police can discuss these matters, hard discussions, and come together and try to resolve these issues, but that is not happening," he said. "This commission could serve that role, but when you're talking about policy, you create further fights."

The bill is expected to go to committee in September. After that, a final vote on the measure could happen as early as this fall.