WMATA says the waterfall lasted 20 minutes, with trains rushing through it and water pooling in elevators. 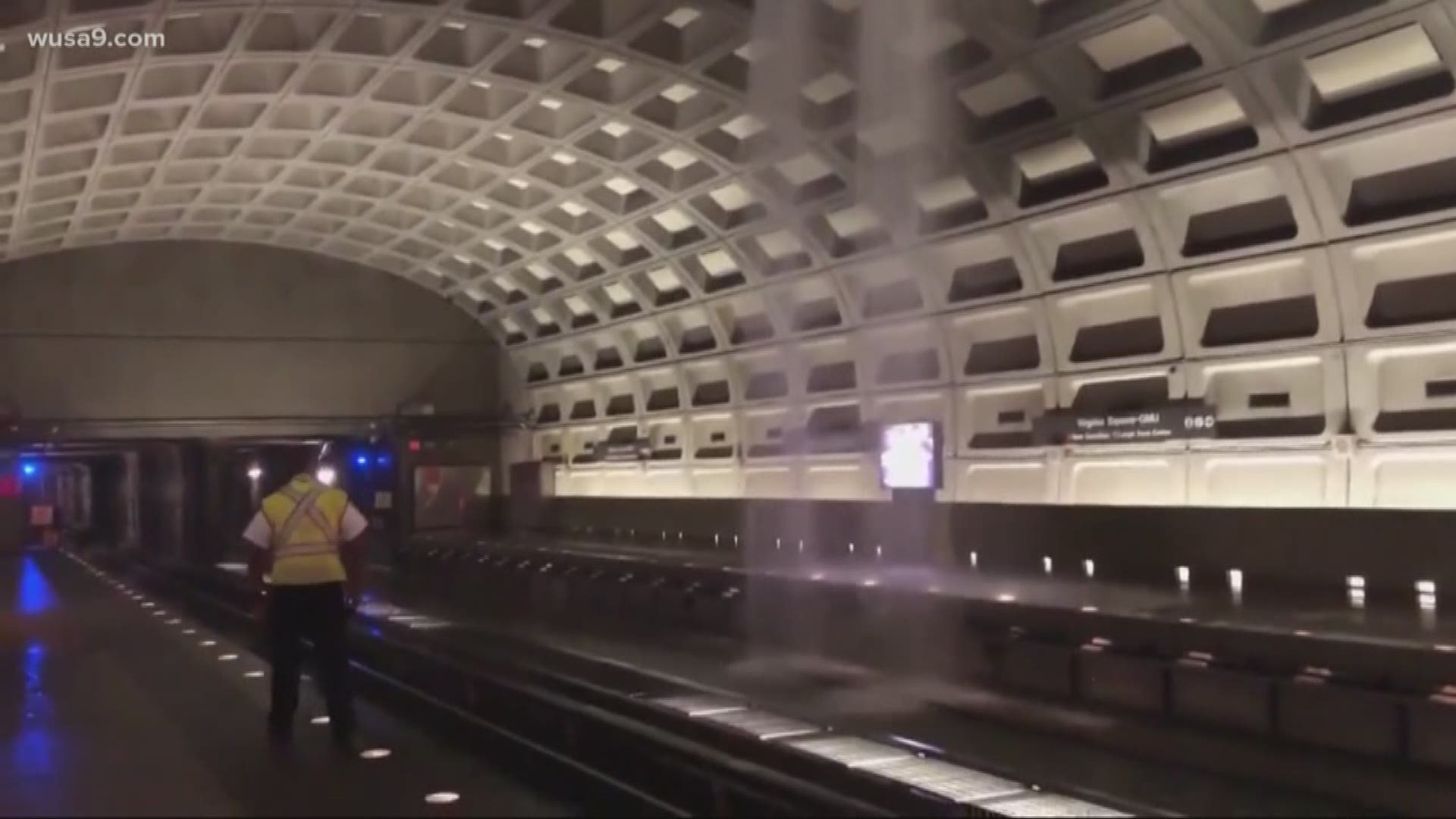 WMATA said the 'water intrusion' lasted 20 minutes beginning at 9:53 a.m. Track inspectors are looking at the tracks, according to a WMATA spokesperson.

"Too much rain too fast," WMATA Spokesperson Dan Stessel, said. "Crews inspected the drains above the station vault ceiling and found them clear with no obstructions. This appears to be a matter of the volume of water exceeding the design capacity of the drains."

Orange and Silver lines began single tracking at approximately 9:24 between the Clarendon and Ballston, causing delays for Monday morning commuters.

Others on social media shared photos of trains rushing through the geyser, and water pooling into elevators at Pentagon City station.

WMATA launched an extensive waterproofing pilot project on the Red Line in July 2017, resulting in months of single tracking and suspended service over weekends.

The nine-mile long project stretched between Farragut North and Grovesnor, and included a technique called, "curtain grouting," that added a waterproof, polymer based layer to the exterior of tunnel walls.

Those Red Line tunnels are older, constructed during the late 1970s and designed to be porous.

"While the tunnels are getting the membrane, vent shafts, fan shafts, and even the stations themselves provide a way for water to enter the system, i.e. this will always be something that has to be actively managed for tunnels that are below the water table," WMATA Spokesperson Dan Stessel, said.

The Virginia Square station didn't need the same waterproofing treatment, since it is a newer station and didn't share the same problems as the Red Line stations.

WMATA is offering credit to anyone whose commute was delayed 10 minutes or more because of rail disruptions.

RELATED: Flash flood watch in the DC area until 2 p.m.