Black bears are pretty common in Gatlinburg, in the heart of the Great Smoky Mountains, so bear encounters are not unusual. They just usually happen outside! 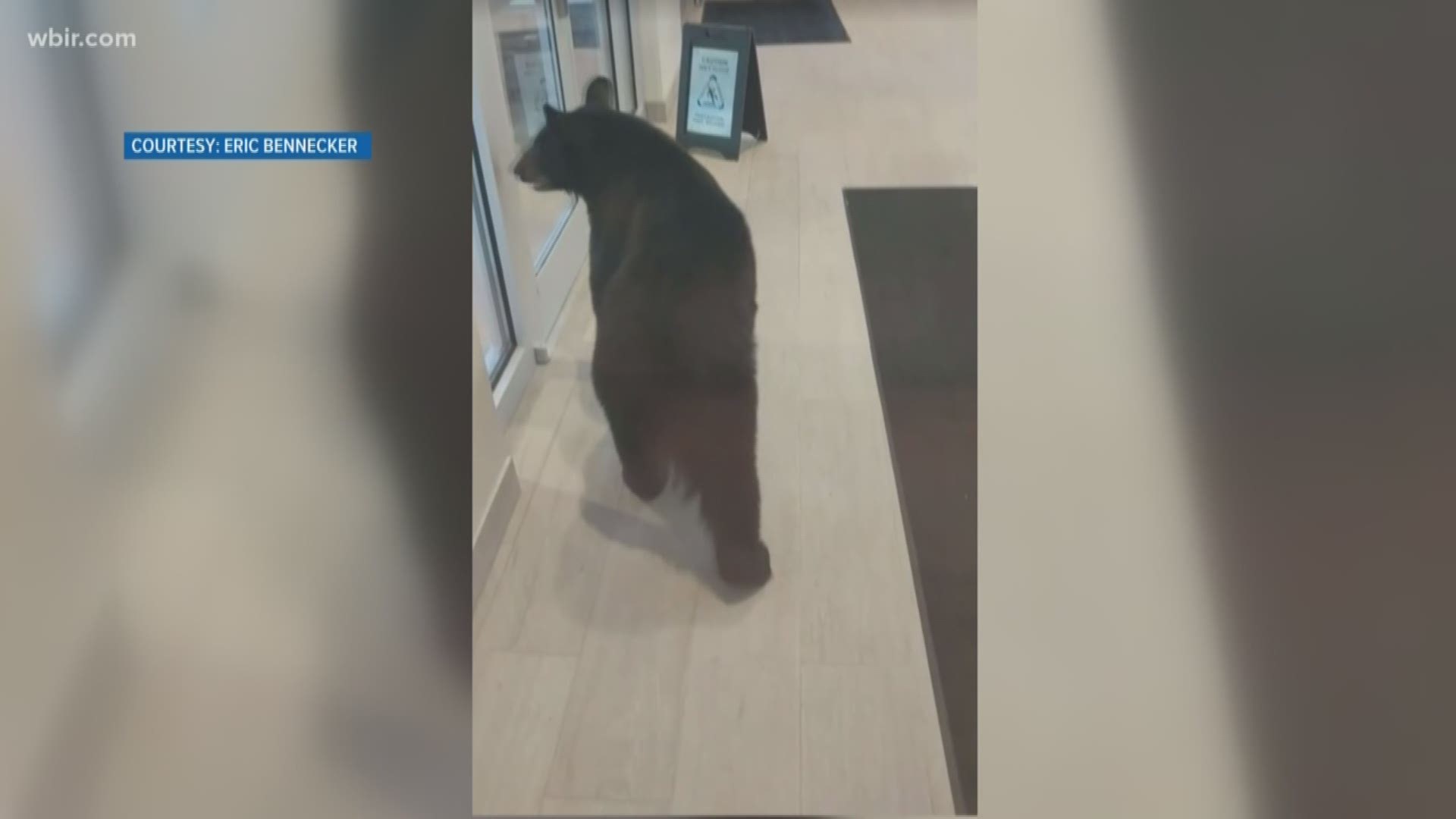 Gatlinburg, Tenn. — Maybe he was looking for a cheeseburger in paradise??

The Margaritaville Resort in Gatlinburg just opened in June and has already welcomed thousands of visitors to the Jimmy Buffett-themed hotel and attraction in the Smoky Mountains, but no one was expecting this guy!

A black bear wandered into a rear lobby of the hotel, near the pool and hot tub area, Monday afternoon.

Eric Bennecker was there on a sales call in the office and captured video of the furry visitor on his cell phone.

Eric and the people with him were actually behind a glass wall, so were in a safe place during the bear encounter. Eric told us that at one point, the bear stood up and placed his front paws on the glass, so he was pretty much face to face with it!

He lives in Sevier County, so has had plenty of bear encounters, but all of them have been in the great outdoors--- not inside a building!

The bear wandered around the small area for a few minutes, before triggering the automatic door that allowed him to escape, probably the same way he got in.

Bennecker said no guests were in the area when the bear made his visit.

The folks at Margaritaville tell us they've had bear visitors outside the resort before, but this was the first time one managed to get inside the building.

The Margaritaville encounter wasn't the only one to happen recently. Another group of three bears were spotted wandering and foraging around a Gatlinburg rental cabin known as 'Country Rhodes.'

One of the bears seemed intent on getting inside a parked vehicle, pulling on the driver's door handle. Once it realized it was locked, the bears went on their way as one quickly tried to break into a small covered pail.

You can watch the footage below: