A D.C.-based company is using virtual reality technology to help students with autism spectrum disorder (ASD) learn more effectively in school. By combining an easy-to-use system with modules that kids love to use, children don't have to worry about falling behind the curve. 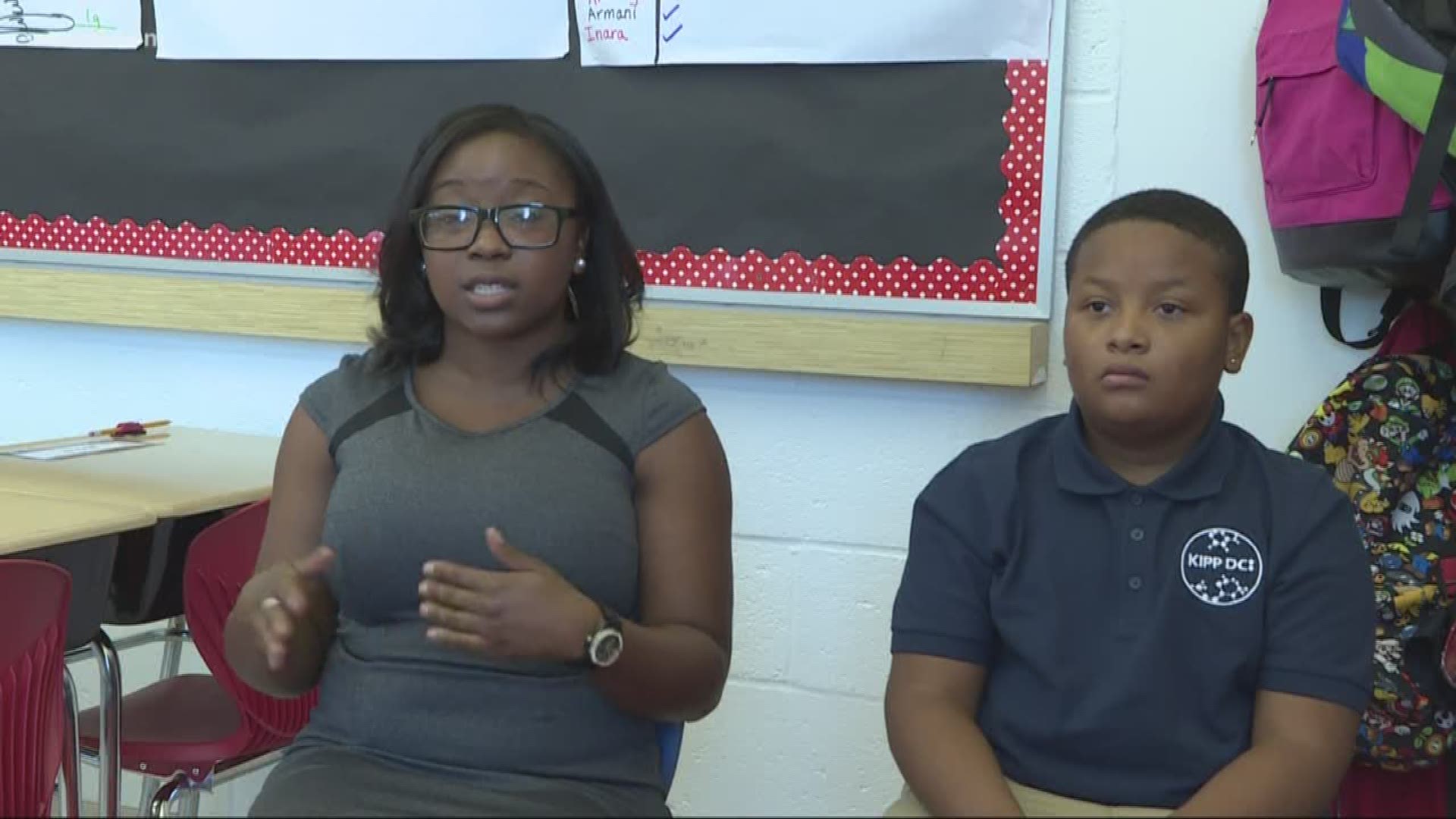 WASHINGTON -- Inside a small classroom at the Douglass Campus of KIPP DC in Southeast, behavior analyst and program manager Kimberly Edwards is walking 11-year-old Novon Britt through a simple process.

“Can you see the police officers coming to talk to you?” she says.

Britt is wearing virtual reality goggles. What he sees, Edwards sees mirrored on her iPad. For the next few minutes the two go through this simulation, walking through questions and answers – repeating any step if a small error occurs.

It looks like the kind of educational game any kid would play growing up. But there’s so much more to it than that.

This specific VR system is courtesy of Floreo – a D.C. company using this technology to simulate real-world experience that educators use for community-based instruction. It’s meant to teach a range of topics, including self-help skills, safety awareness, or social and emotional skills.

“They are coupled with learning material and questions and different setups that are based on the students’ development,” said Edwards.

There’s also a way to tailor the system and make sure no student falls behind the curve.

“With this system, it collects the data for you, and it also allows you to have students playing the same game but on different levels… so you can work on different skill sets,” said Edwards.

Floreo’s products, though, aren’t meant to be used by just anyone. Its primary use is as a supplemental tool for individuals with Autism Spectrum Disorder (ASD) or any other person needing some developmental help.

Floreo CEO Vijay Ravindran co-founded the company with his wife, Vibha Sazawal, in 2016. Since then, the company has pushed for new ways to get this technology out there, including a collaboration with researchers at the Center for Autism Research at Children’s Hospital of Philadelphia. Floreo is also working on a version of the technology for parents, which is expected to debut at some point later this year.

As the ambition and efforts to expand grow, it’s hard to deny the impact it’s having right now.

“Every time I use it, I feel great, said Britt. “All the time… I feel happy all the time.”