WUSA9 reached out to crisis intervention agency D.C. SAFE and YWCA National Capital Area to get more information on how survivors can safely cast their votes. 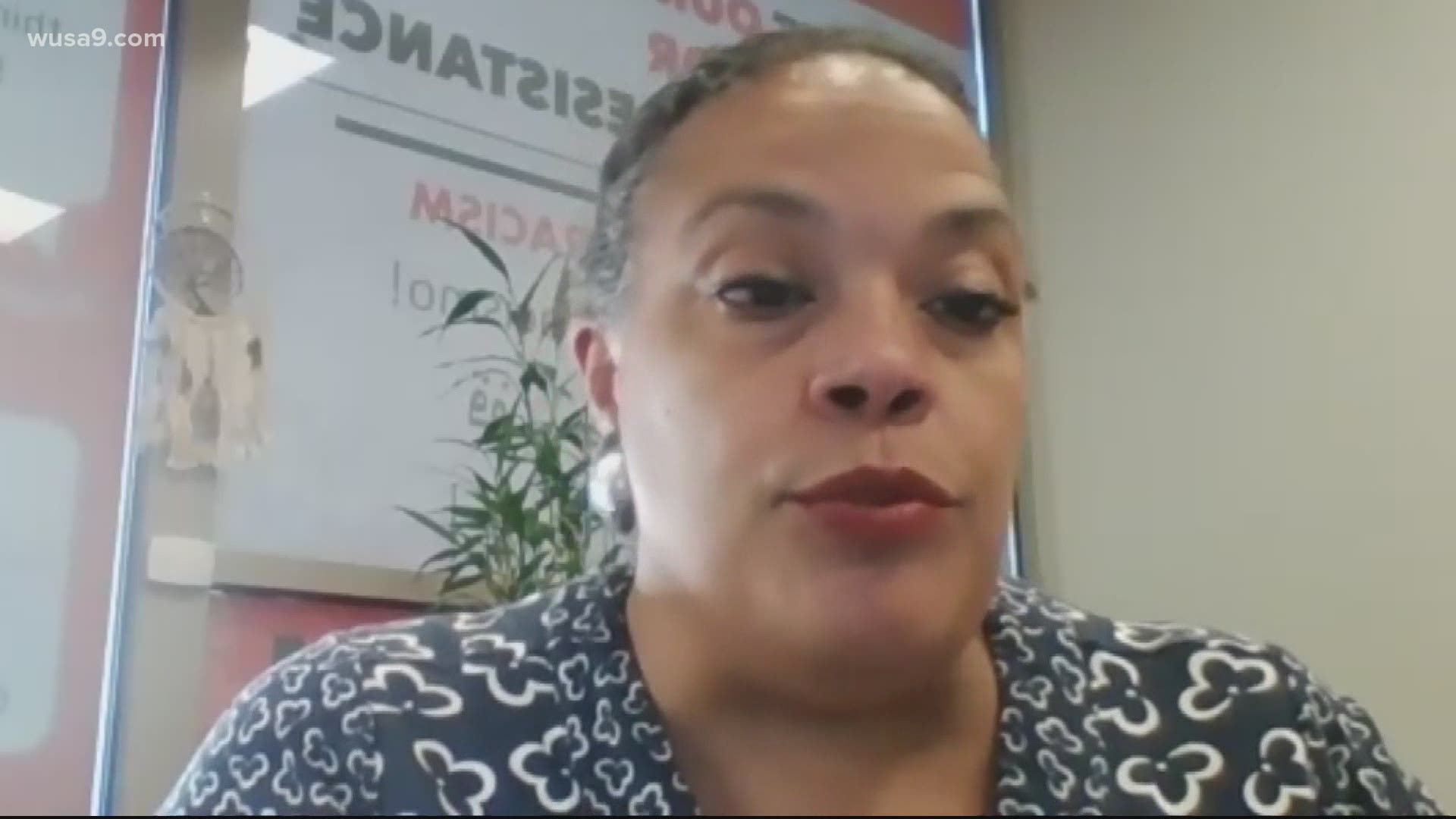 WASHINGTON — Lots of people want to feel comfortable voting this election season to ensure their voices are heard. However, for more vulnerable populations, such as domestic violence survivors, maintaining privacy while registering to vote can be a challenge.

A viral tweet caused alarm on Twitter last week when a user posted that as a domestic violence survivor, she can’t register to vote because doing so causes her address to become public.

WUSA9 reached out to crisis intervention center D.C. SAFE and YWCA National Capital Area to get more information on the challenges domestic violence survivors face when it comes to casting their vote.

fun fact: as a DV survivor i cannot register to vote because doing so makes my address public. anyone who is fleeing or hiding from an abuser is automatically disenfranchised from the political process and this is a feature, not a bug

“The big challenge, of course, is the level of public access that voting records have, and it varies from jurisdiction to jurisdiction, YWCA National Capital Area Chief Executive Officer Monica Gray said. “Unfortunately, in most of the tri-state area, there aren't a lot of laws that protect voters address information.”

This is an issue for some domestic violence survivors, whose information being private goes hand in hand with a sense of safety.

“When a survivor has decided that they're leaving, it becomes the most dangerous time for them. So it's really important that the person abusing is not aware of how to locate them,” Natalia Otero, Executive Director at DC SAFE, said.

The challenge survivors face when registering to vote isn’t new, and has been brought to D.C. City Council back in 2018, when the council voted unanimously to pass the Address Confidentiality Act.

The program will shield the home addresses of survivors of domestic violence, among other vulnerable populations. However, the program is still not yet in effect.

So what options do survivors currently have?

Registration laws can vary not just from state to state, but also from district to district.

She also advised those concerned to look into the local laws and see how one can best go about privatizing their own personal information. Alternatives may be participating in day-of voting registration, as well as checking to see how frequently your information can be changed. If a voter is working with or staying in a shelter, they could opt to use the shelter’s main branch address in the place of their current sheltering situation.