A woman was hospitalized with life-threatening injuries. 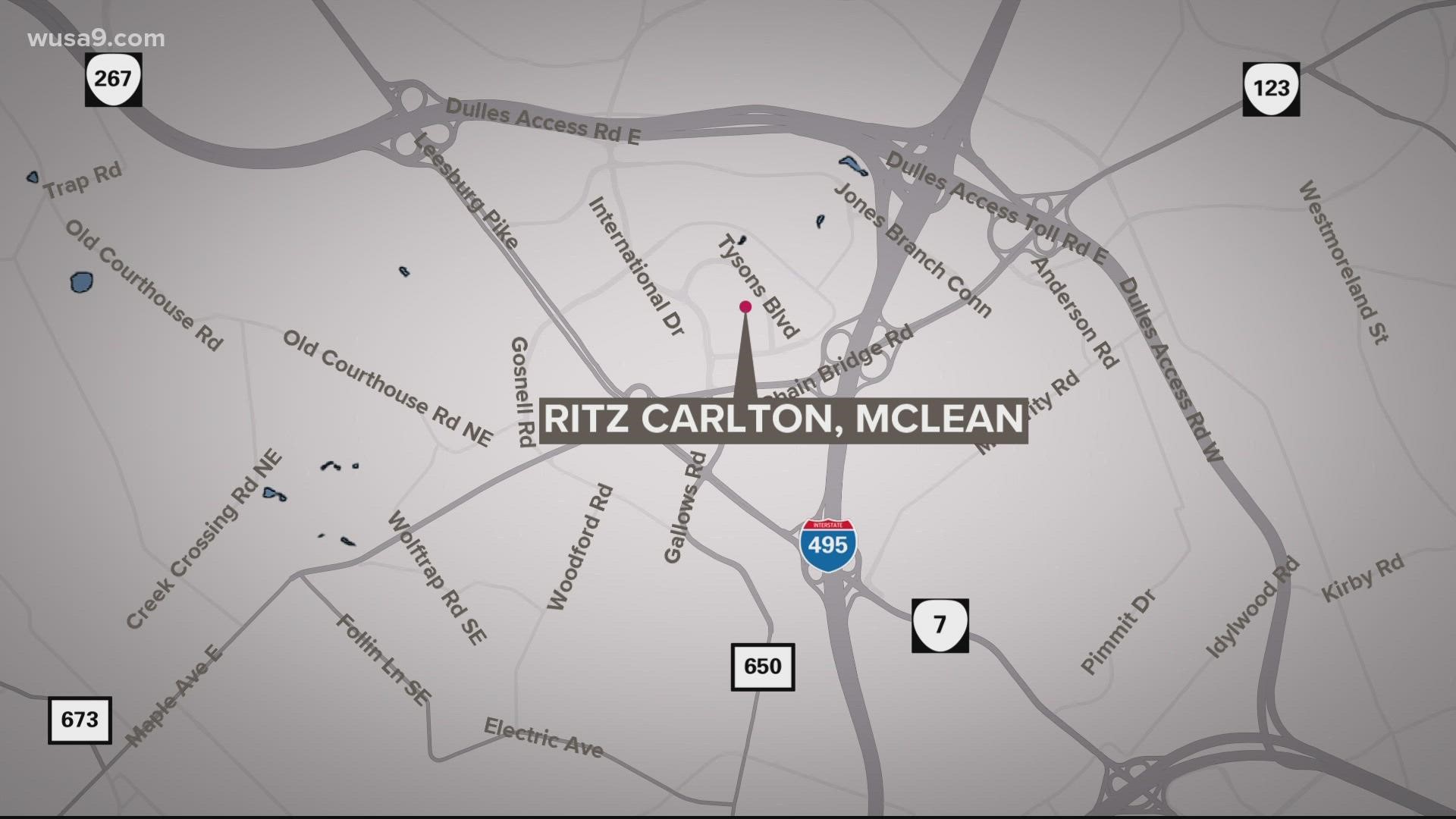 MCLEAN, Va. — A woman is in the hospital after she was stabbed at the Ritz Carlton hotel in McLean, Virginia, Fairfax County Police said.

The stabbing happened just after 9:30 p.m. on Wednesday at the Ritz Carlton located in the 1700 block of Tysons Boulevard, police said in a tweet. A woman was taken to the hospital with injuries thought to be life-threatening.

The preliminary investigation by detectives with Fairfax County's Major Crimes Bureau found that a man entered a woman's room and assaulted her.

Police said a hotel guest heard a loud commotion from their room and saw the man run out covered in blood. The guest tackled the man and held him down along with hotel staff until officers arrived.

Responding officers checked the man's hotel room and found the woman stabbed multiple times in the upper body. Officers rendered aid until medics arrived. She was taken to the hospital for treatment of her injuries and remains hospitalized Thursday, according to police.

Igor Koob, 34, of Washington, D.C. was arrested for aggravated malicious wounding. Police say the stabbing is not thought to be random, but investigators are still working to determine his relationship with the victim.