Police say the shooting happened in the area of Colts Neck Road and Glade Drive. 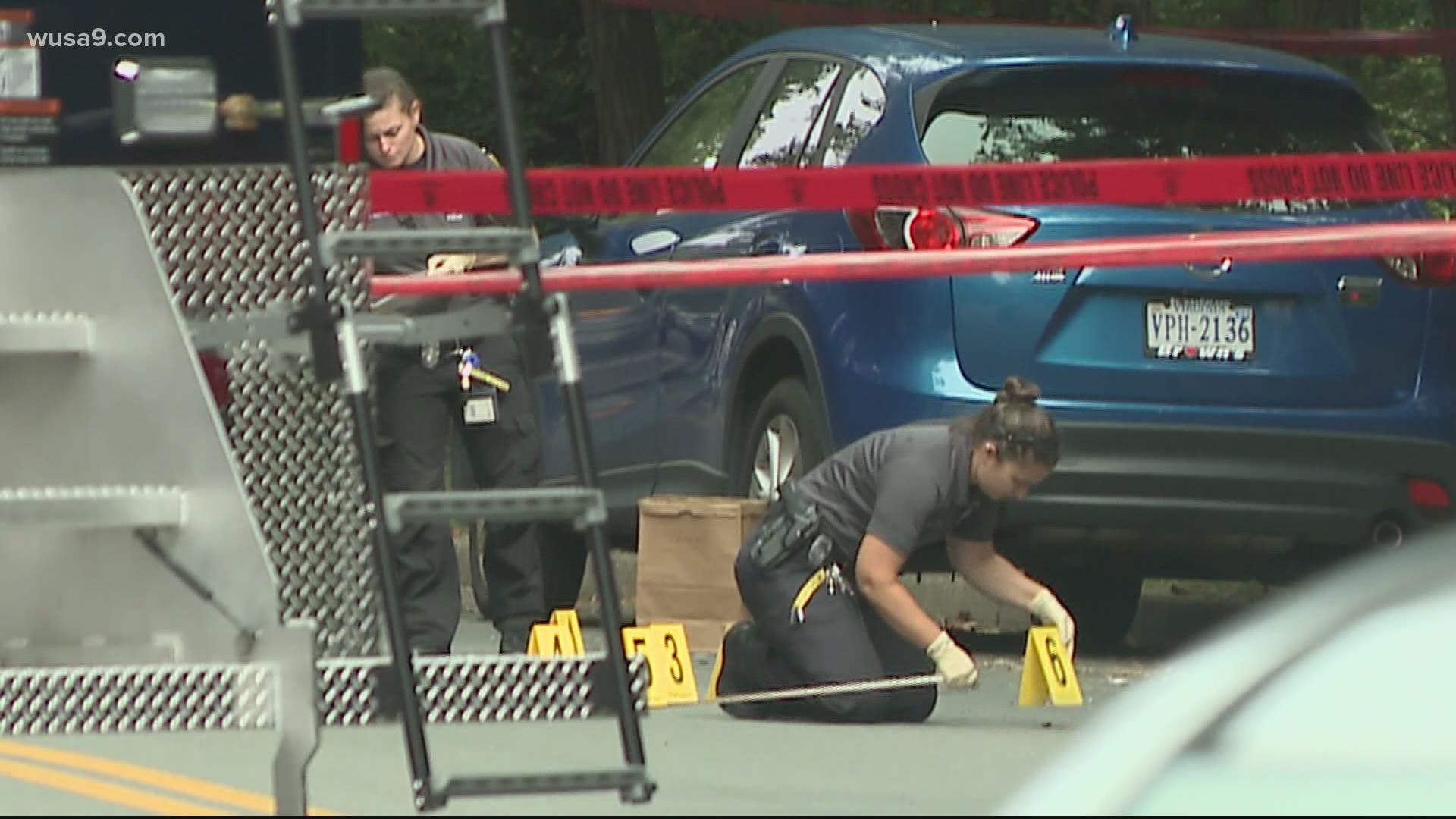 RESTON, Va. — Fairfax County Police have identified a woman shot to death in the upper body on Sept. 17.

The shooting happened in the area of Colts Neck Road and Glade Drive, police said. The area is surrounded by jogging trails.

Officers were alerted of the shooting around 6:49 a.m. after a community member called authorities reporting that they found a suspicious person laying on the side of the road. The woman, later identified as Iris Ponce Garcia, 19, of Reston, was pronounced dead at the scene shortly after, police said.

The shooting has been declared a homicide, according to police, marking the seventh homicide in Fairfax County this year.

Several Fairfax County police cars and forensic crews were spotted at the scene. Investigators placed several yellow evidence markers on the road to help them with the homicide investigation.

The events leading up to the shooting are unknown.

Police do not have any suspect information and are still actively searching.

Colts Neck Road was closed between Glade Drive and Paddock Lane as officials were investigating and further examining the crime scene.

Police are asking anyone with information on this shooting to contact authorities at 1-866-411-TIPS.

Officers are in the area of of Colts Neck Rd & Glade Drive in Reston for a woman who has been shot. She died at the scene. Colts Neck Rd is closed between Glade Dr and Paddock Ln. Please avoid the area and use an alternate route. # FCPD pic.twitter.com/ekyeEHiN8R