The wife of a cyclist killed on Monday is asking everyone to slow down. 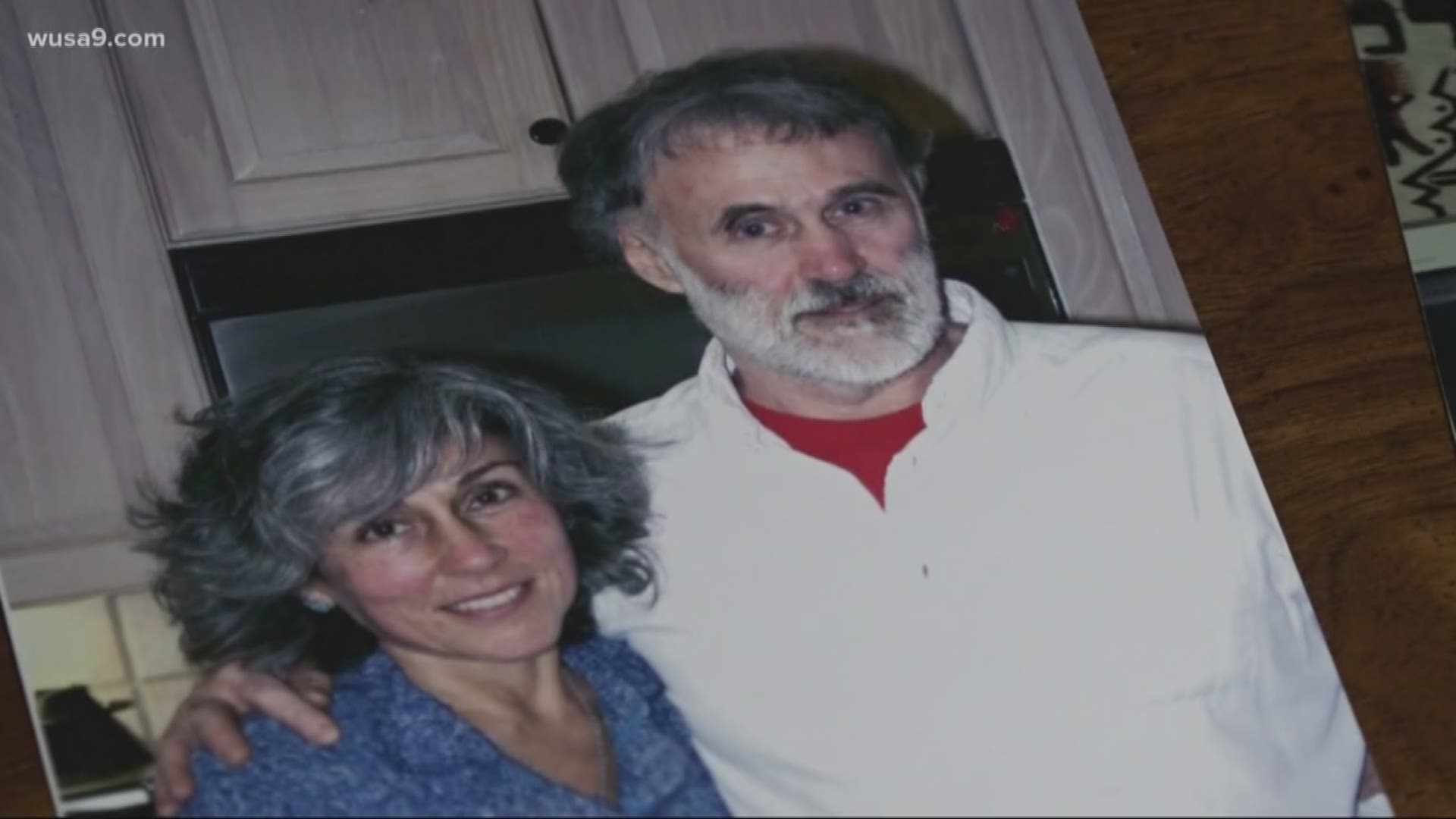 ARLINGTON, Va. - An Arlington woman is asking everyone to think before hitting the gas after losing her husband in a crash.

Carol Regier is the wife of 64-year-old Thomas Hollowell.

Hollowell died Monday after he was struck by a speeding car on the National Mall during the morning rush.

Police said Hollowell was on his bike, crossing 12th St. NW at Constitution Ave in the crosswalk. A driver in a dark-colored sedan, possibly trying to beat a red light, hit Hollowell at a high rate of speed. He was rushed to a nearby hospital and later died.

Regier said she and her husband knew how dangerous cycling is in D.C., so she had Howell text her every time he got to work. Sadly on Monday, Regier never got that text. Instead, she got a call saying there was an emergency.

“I hope and pray that there was a real, significant reason for why he had to go fast,” said Regier inside the family’s Arlington home.

Regier and her husband have been married for more than 40 years. Hollowell was the father to three and a grandfather.

His children said he loved music, activism, the environment and he loved to ride. All three of his adult children said Hollowell had two bikes, one was for when it snowed.

“He was all about safety, not at all about speed. He wanted to enjoy his ride. It was a very beautiful ride going into work at sunrise and very often coming back home at sunset,” said Regier.

She called her husband a “very nice man” and said the world needs more nice men like him.

The family said Hollowell biked every day to the Smithsonian National Museum of Natural History: seven miles from home; 45 minutes there; an hour back with traffic. That’s where he worked for more than 20 years.

The Smithsonian released the following statement:

The Smithsonian’s National Museum of Natural History mourns the loss of Dr. Thomas Hollowell, a beloved member of our staff for more than twenty years. Tom first came to the museum in 1996 as the data manager for the Smithsonian’s Biological Diversity of the Guiana Shield Program while also performing research on the ecology and conservation of mangroves in Northwestern Guyana. Most recently, Tom served as a member of the museum’s Informatics Branch as a database manager within the Office of Information Technology. Tom published numerous scientific papers, including serving as a co-author and important contributor to the Checklist of the Plants of the Guiana Shield. Tom was seldom seen without a smile on his face and never hesitated to offer a kind word to anyone. We are saddened by his tragic loss and, on behalf of the entire Smithsonian Institution, extend our deepest sympathies to Tom’s family and friends.

Hollowell is at least the third cyclist to die on a DC Street this year. His death comes about six months after D.C. Mayor Muriel Bowser launched the Vision Zero Initiative. It’s a program that’s supposed to make D.C.’s streets more accessible to all modes of transportation. The plan is to reduce pedestrian and cyclist fatalities.

“We have to get traffic safety in general under control. Um everybody is so very concerned about going fast. Getting there quicker. I don’t’ think any gives themselves enough time to get wherever it is they’re going. They’re not realistic about how long it’s really going to take to get there,” said Regier.

There are several traffic cameras on Constitution Ave NW. Regier said police found the vehicle involved but are still searching for the driver.