Mayor Bobby Dyer said he is hearing the demands for change in the city loud and clear after recent gun violence. 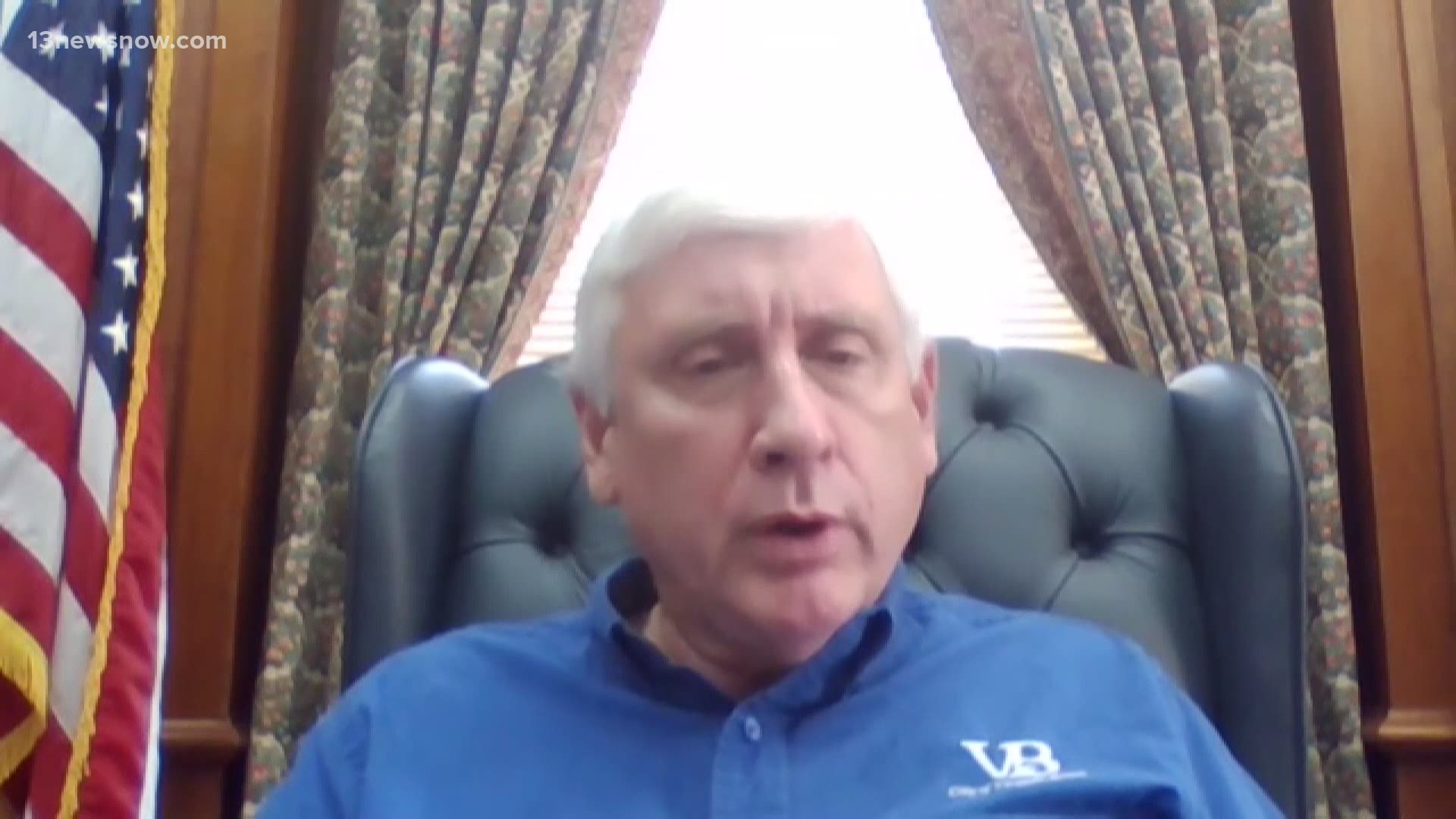 VIRGINIA BEACH, Va. — During Monday's funeral service for Donovon Lynch, the man killed in the officer-involved shooting along the Oceanfront, his cousin and Grammy Award-winning artist, Pharrell Williams, spoke up about the recent gun violence.

"Virginia Beach, you need to talk. Talk about your issues, talk about your struggles so we can get past them. The misinformation. The mischaracterizations," said Williams. "It took our mayor a week to reach out to this family. We must do better. We can do better. I propose that we have a forum. The city of Virginia Beach, who we were, who we are and who we'd like to be. God is the greatest. If he got up, so can Virginia Beach."

In response, Mayor Dyer says he is opening a forum for Monday, April 12th with other city leaders to talk about violence among young people in the community through his IDEA Commission.

"It's going to include social justice, but it goes beyond just police relations. We have to look at the justice system as a whole," said Dyer. "Virginia Beach is not exempt from the problems and woes of this great country of ours, but we intend to make a difference."

However, the mayor says he's not just speaking with city leaders and government officials. He says he is also aiming to work with faith organizations to create more helpful programs for the youth.

"We need a community effort to make this work like connecting with father leaders," explained Dyer. "We need to provide avenues for youth with productive things to do, but also create better mechanisms for finding meaningful employment with career paths."

Dyer says when he did get in contact with the Lynch family, he learned Donovon's father is involved in many Virginia Beach youth programs. He says he would like to include the Lynch family in more of the discussions in the future.