"It is with profound sadness and sorrow that we learned of the passing of our good friend and colleague, Ben Chafin, this evening," Norment wrote in a caucus release 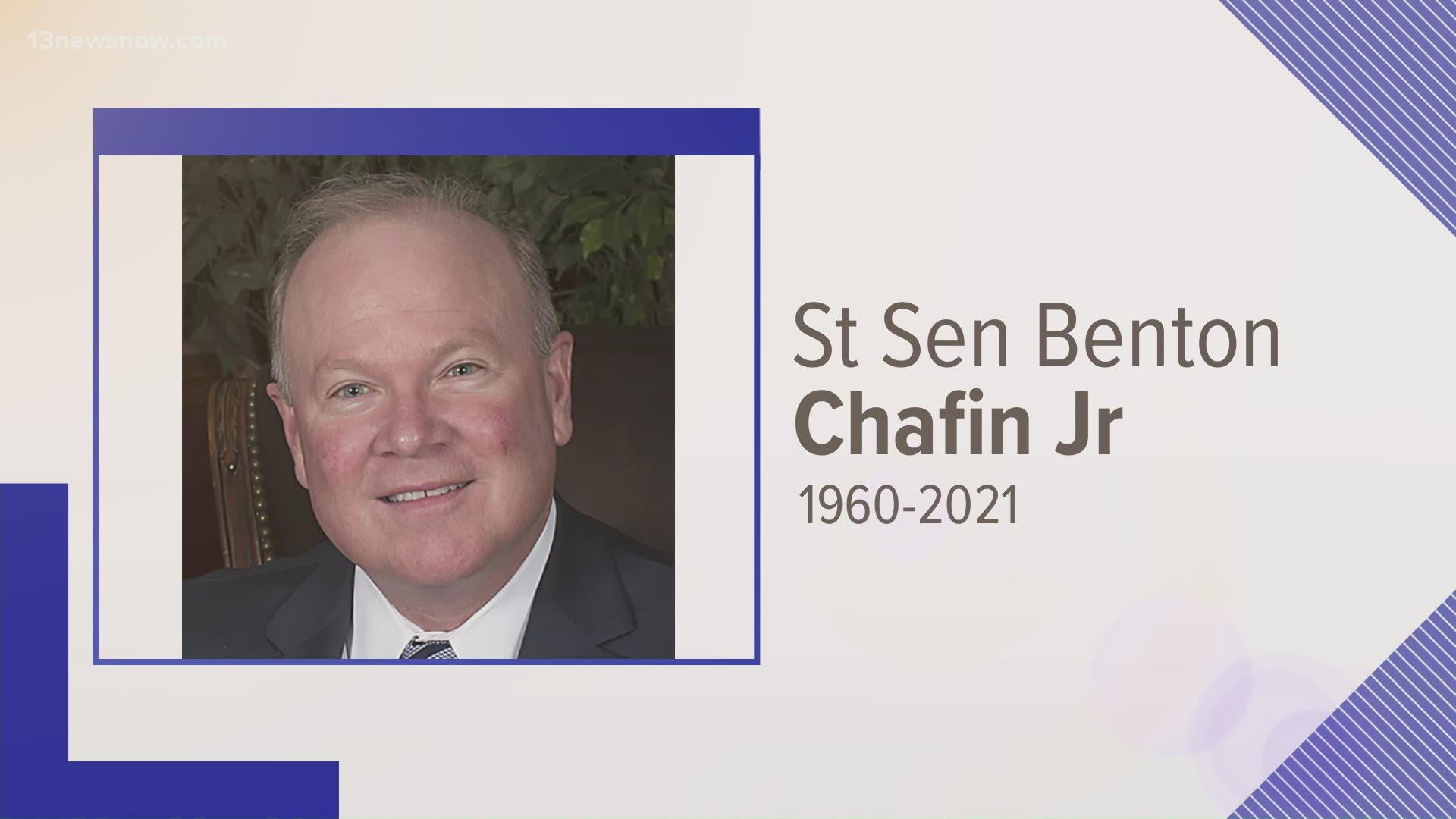 "It is with profound sadness and sorrow that we learned of the passing of our good friend and colleague, Ben Chafin, this evening," Norment wrote in a caucus press release. "To us, Ben was more than a dedicated colleague who exemplified the best in public service. He was a treasured friend, unrelentingly cheerful with an infectious smile and gregarious manner."

"A community leader in Russell, Ben rose to prominence in the fields of law, banking, and agriculture long before his neighbors elected him to the General Assembly," Norment wrote. "First as delegate and then senator, Ben relentlessly promoted and fought for the interests and values of Southwest."

The District 38 representative was served on the Education and Health, Judiciary, Privileges and Elections and Rehabilitation and Social Services committees.

His district included the entirety of Bland, Buchanan, Dickenson, Russell and Tazewell counties, along with parts of Smyth, Wise, Montgomery and Pulaski counties. It also includes Norton City and Radford City.

He was 60 years old when he passed away, on New Year's Day.

“With the passing of Senator Ben Chafin, Southwest Virginia has lost a strong advocate—and we have all lost a good man," Northam wrote. "I knew Ben as a lawmaker, an attorney, a banker, and a farmer raising beef cattle in Moccasin Valley, working the land just as generations of his family had done before him. He loved the outdoors, and he loved serving people even more."

The Virginia Legislative Black Caucus also spoke out about his many reputation for service.

"He was a well-respected legislator and a tireless advocate for his constituents in Southwest Virginia," their statement read. "He served the Commonwealth for many years and will be dearly missed by many. Our prayers and deepest sympathies go out to Lora and their children."

Daniel Gade, a Republican who campaigned for a U.S. Senate seat in 2020, was one of the first people to comment on Chafin's passing.

He said the state senator was "an honorable man who cared for his family, fought for our values and dedicated his life to public service."