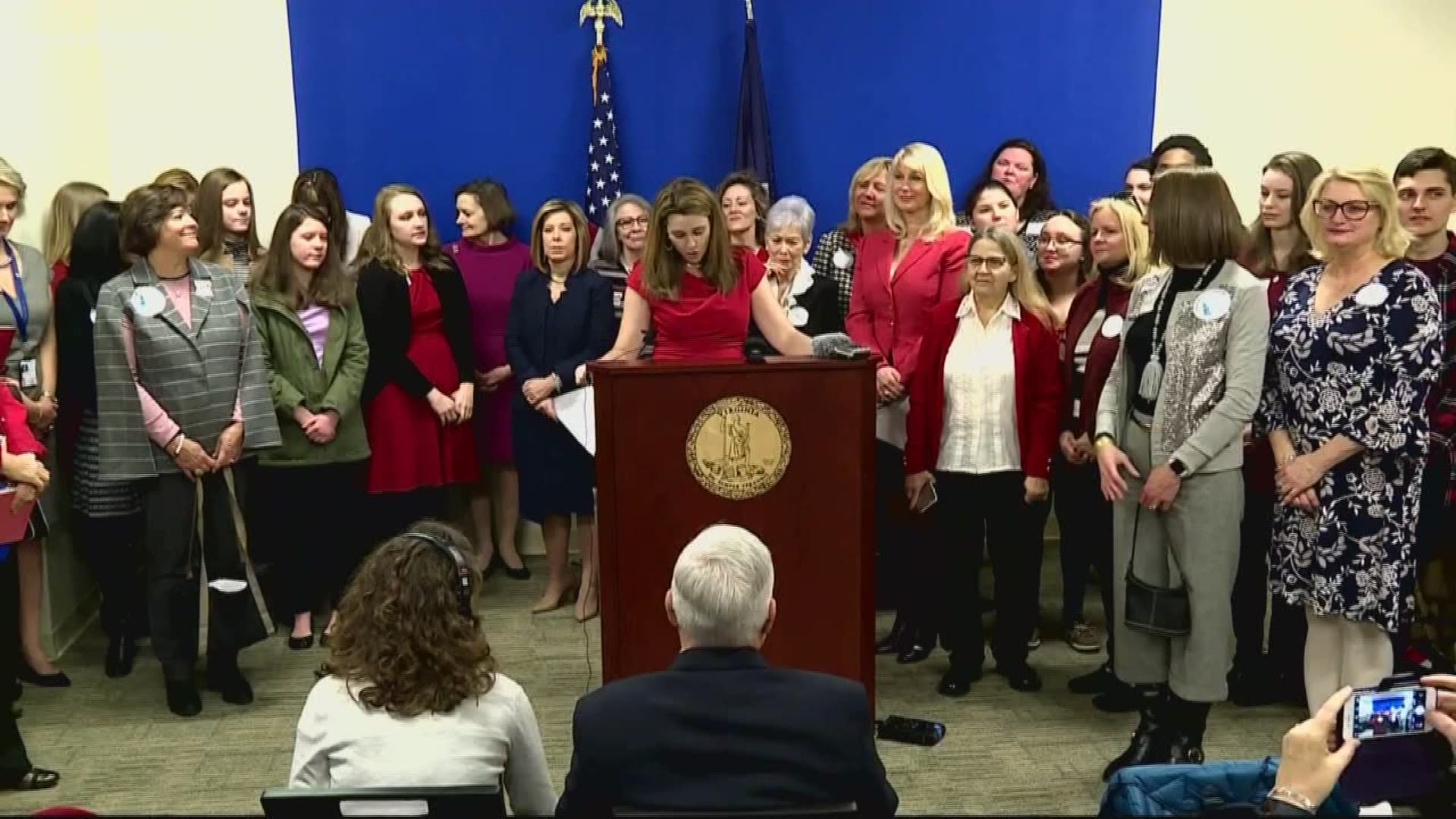 WASHINGTON — The Equal Rights Amendment may be one step closer to becoming the next amendment to the United States Constitution.

On Thursday, a Senate committee in the Virginia state legislature passed a resolution to ratify the proposed gender equality measure.

The Equal Rights Amendment, commonly referred to as "ERA" says: "Equality of rights under the law shall not be denied or abridged by the United States or by any State on account of sex."

RELATED: 'Send a message to the rest of the country' | Why a freshman congresswoman wants VA to ratify Equal Rights Amendment

Thursday's vote was 10 to 5, with one Republican committee member joining Democrats to voice their approval for the proposal. Democratic leaders in the Commonwealth had previously expressed their interest in making sure the proposal passed through the Virginia legislature this session.

If both chambers of the Virginia state legislature do vote to ratify the ERA, the Commonwealth would become the 38th state in America to do so.

Thirty-eight states are needed to ratify the amendment, for it to be recognized in the Constitution.

ERA advocates believe the measure could finally provide women the right to equality in one of America's most cherished legal documents.

"It's important, because women are not found across the board in all of our occupations, and in all of our opportunities," DC Delegate Eleanor Holmes Norton told WUSA9 in November. "The equal rights amendment would help, very much it seems to me, to alert those who would then understand how important half the population is to the United States."

But, some Virginia women fear the ERA could take away the rights they have already fought for.

DeLancey said opponents of the Equal Rights Amendment fear the measure would erase the legal distinctions between males and females, ultimately resulting in the forced equal representation of both sexes in all organizations.

"Any biological male who deemed that he was a woman, based on his feelings, would have access to any private spaces like locker rooms, restrooms or sports teams," she said.

DeLancey, a Virginia resident, said she and opponents of the ERA are for equal rights, but added women should not have to give away some of the protections they have gained over the years.

"This really rolls back the clock on all of the gains that women have already made," she said.

While the movement to ratify the ERA appears to be gaining support in Richmond, its opponents say they feel empowered by a recent finding from the Department of Justice.

The federal agency said that an expired pair of deadlines imposed by Congress decades ago have passed, so it is already too late to ratify the measure.

However, supporters of the amendment have disagreed with the DOJ finding. Some of them even filed a federal lawsuit in Massachusetts in an effort to look for a legal path for the proposal.