Five Virginians are vying for the highest office in Richmond – each in a position to punctuate Virginia’s swift social change with their candidacy. 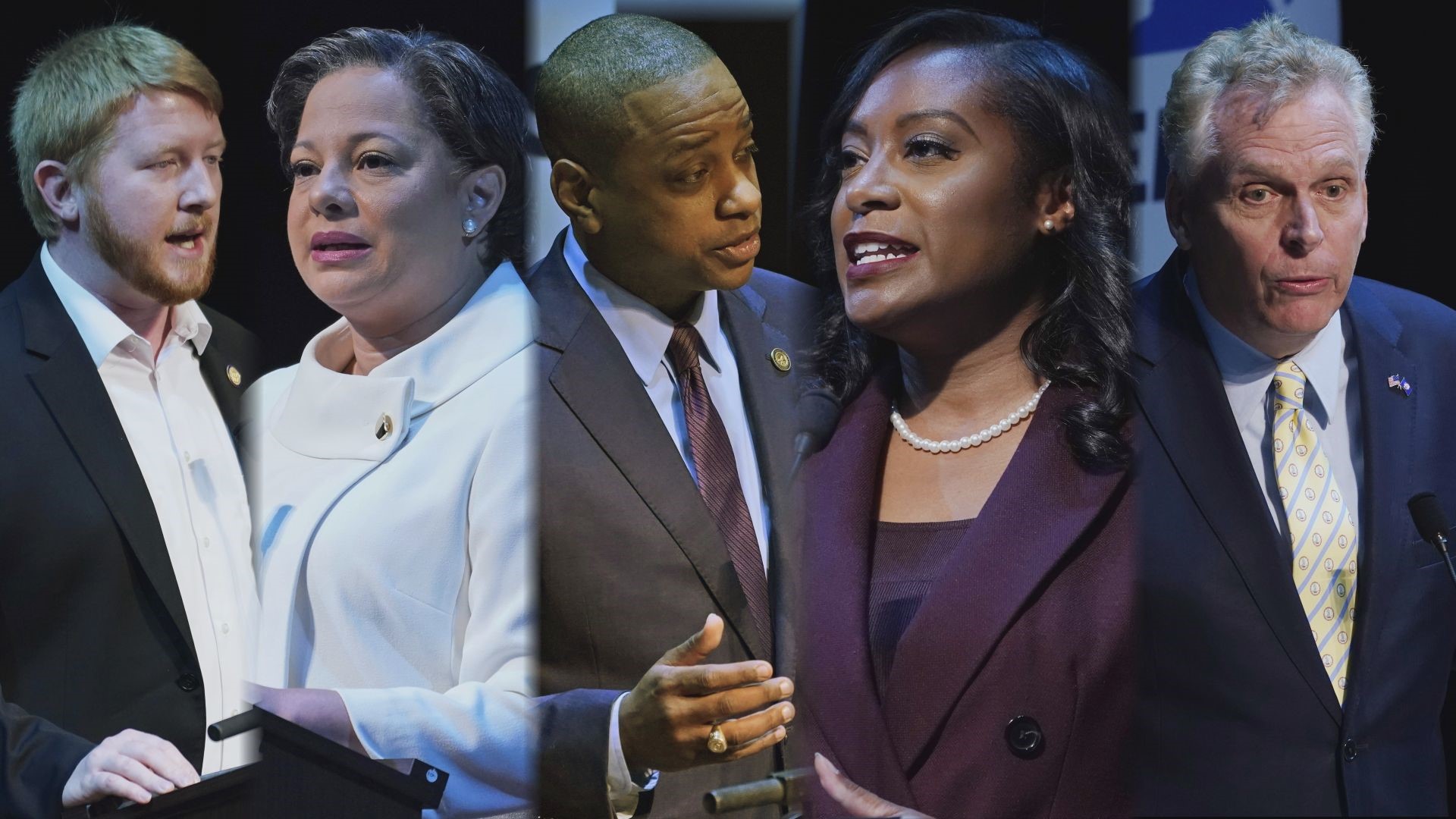 RICHMOND, Va. — At stake for Democrats in perhaps the most prominent governor’s race of 2021 is whether a new or familiar face will solidify Virginia’s status as a new, azure blue state.

The alternative for Virginia’s left-of-center voters is unthinkable – a loss on November 2 perceived as a rebuke by Republicans, a course correction, after years of blue waves washing GOP candidates out of statewide office since former Gov. Bob McDonnell’s tenure.

The contours of the contest this year could become clearer Tuesday when Democratic primary voting ends. Five Virginians are vying for the highest office in Richmond – each in a position to punctuate Virginia’s swift social change with their candidacy.

“Is former Gov. Terry McAuliffe going to hold on to the legacy of leadership he's held for the past? Or, is there going be a significant coalition of folks in the Democratic Party who shift away from him, for a new generation of leadership?”

McAuliffe, who served as Virginia governor from 2014 – 2018, leads in polling, cash, endorsements, and name recognition. He is challenged by two candidates who could become America’s first female Black governor: Jennifer D. Carroll Foy, a former Prime William member of the House of Delegates, and Jennifer L. McClellan, a state senator from Richmond.

Both Carroll Foy and McClellan have typically trailed the former governor by double-digit margins in limited public polling.

“Yet the new Virginia law of no-excuse absentee voting certainly begs the question of the polls that have come out, are they just of likely voters, do they comprise people who’ve now already voted, or are they mostly folks who are voting tomorrow,” Perry offered. “We just don’t know.”

If re-elected, McAuliffe would become the second Virginia governor since the Civil War to return to the job for a second act. The state constitution prohibits consecutive terms.

RELATED: Virginia primary: What you need to know before voting Tuesday