Virginia may be final state needed for ERA ratification

"To be treated equally and have this protection under the law should matter to everybody. It should not be a partisan issue. If we can get it to the floor, we would have the votes on both sides of the aisle." 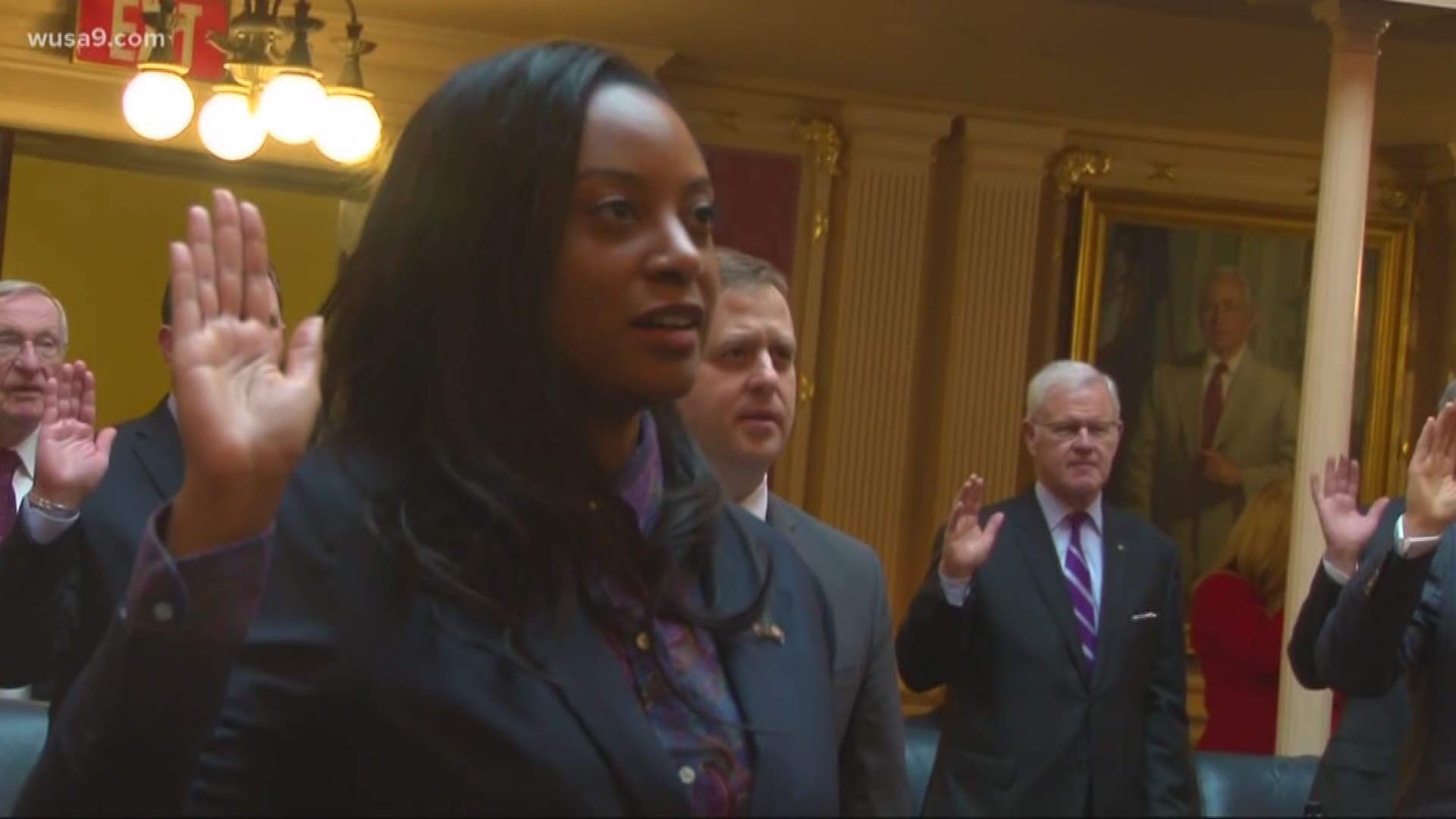 HERNDON, Va. -- The fight for the Equal Rights Amendment may be brought back to life by the state of Virginia. The woman leading the charge is a trailblazer who has already broken down barriers in the Old Dominion.

This year, more women than ever were sworn in to office in the Virginia General Assembly. They pushed through Medicaid Expansion. And now, in this coming session they're vowing to reverse 46 years of failing to support the Equal Rights Amendment.

"Coming off the Women's March, the #MeToo movement, Times Up, In this historic moment in Virginia, it's only appropriate, it's only right, to fight for this civil rights issue. This human rights issue," said Woodbridge Delegate Jennifer Carroll Foy. She is the chief sponsor of the House Bill to endorse the proposed constitutional amendment that simply states: Equality of rights under the law shall not be denied or abridged by the United States or by any State on account of sex.

Thirty-eight states are needed to ratify the ERA. So far 37 states have approved it. Virginia would make 38. But there's still plenty of opposition, just like when Phyllis Schlafly fought against it in the 1970s arguing it would be used to eliminate separation of the sexes.

Foy says those were the same old arguments she fought against when she was one of the first women admitted to Virginia Military Institute.

"The Supreme Court decision that allowed me as a women to go to VMI, one of the top military institutions in the country, that can always be reversed. But when you solidify a woman's fundamental rights as equal to men, in the United States Constitution, that is the only type of permanent protection that we will have to guarantee our equality here in the United States," said Foy, an attorney who runs her own law firm.

Delegate Jennifer Boysko, (D) Herndon, explains why she is also big supporter of the ERA, "This just means that women are protected equally as men are protected and currently that is not the case in the federal government."

Boysko and Foy were part of a Ratify ERA bus tour around Virginia in November. The lawmaker on the Senate side carrying the bill is Republican Sen. Glen Sturtevan from Chesterfield, Va.

Boysko says its necessary lawmakers from both parties support the measure. "Women are half the population. To be treated equally and have this protection under the law should matter to everybody. It should not be a partisan issue. If we can get it to the floor, we would have the votes on both sides of the aisle."

But getting it to the floor is the difficult part. Last year the chairman of the committee, Del. Mark Cole, (R) Spotsylvania, refused to allow a hearing because the deadline Congress gave to the states for ratification was back in 1982.

Supporters say it's an opportunity for Virginia to right a wrong and they want a vote.

If Virginia or another state ratifies the ERA, the issue could wind up before the Supreme Court.

Supporters say they're ready for that fight.