Fairfax says CBS 'amplified' claims by two women who accused him of sexually assaulting them by airing false statements in interviews on 'CBS This Morning.' 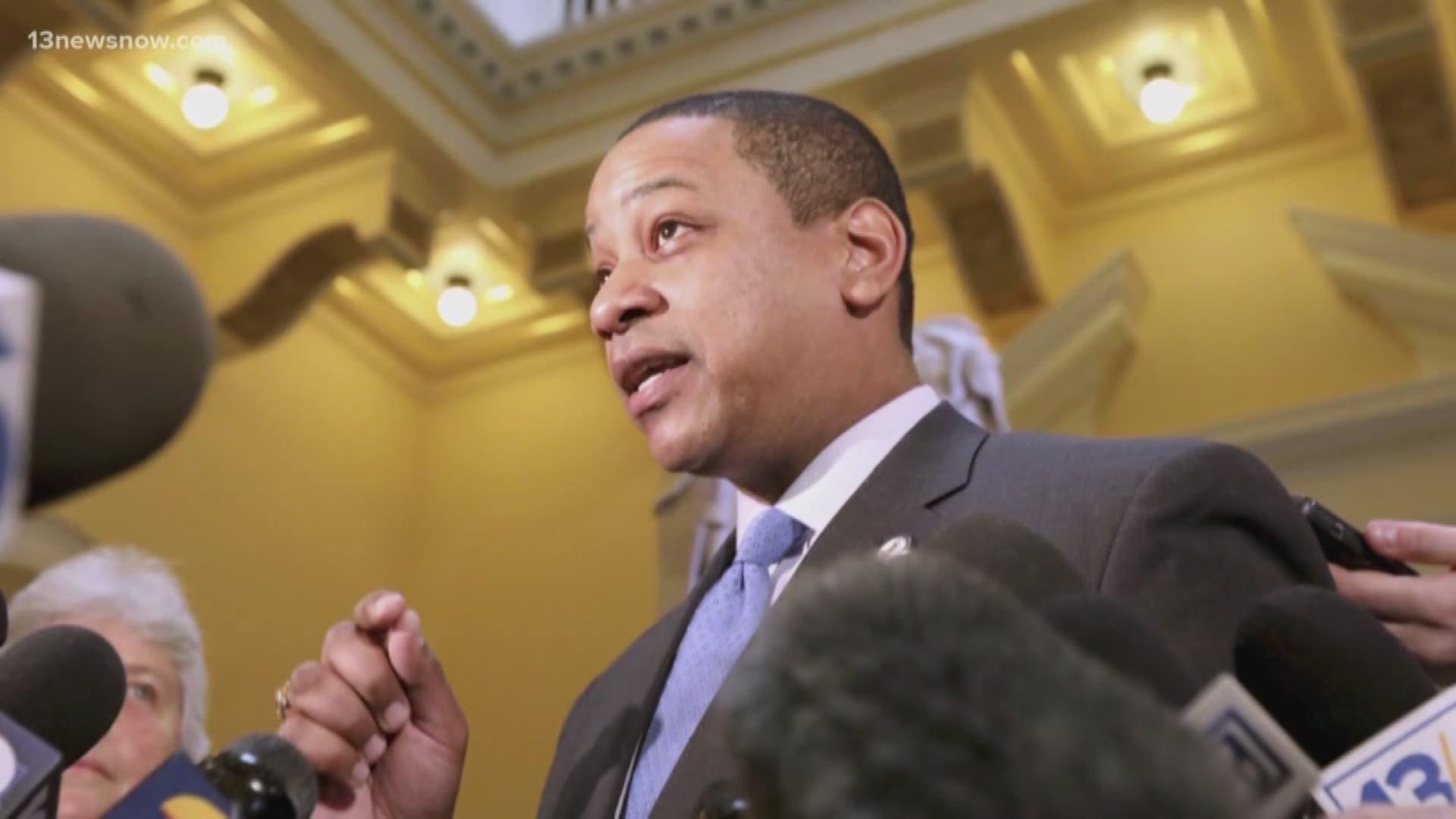 The lawsuit was filed in the United States District Court for the Eastern District of Virginia.

In the suit, Fairfax said CBS "amplified" claims by two women who accused him of sexually assaulting them by airing false statements from the women in interviews with "CBS This Morning." The interviews aired April 1 and April 2.

Dr. Vanessa Tyson said Fairfax sexually assaulted her at the 2004 Democratic National Convention, while Meredith Watson claimed he assaulted her during their time at Duke University.

The two women are named in the defamation suit.

Fairfax has said in statements that he is confident he would be found innocent and wants the allegations to be resolved.

"CBS heavily promoted the interviews in the time leading up to the broadcasts," according to the complaint.

"Fairfax brings this action to restore his reputation and clear his name, ensure the truth prevails, stop the weaponization of false allegations of sexual assault against him, and vindicate his rights under civil law."

The lawsuit goes on to say Tyson's and Watson's allegations are fabrications that were politically-motivated and an attempt to prevent Fairfax from becoming governor of Virginia.

The complaint mentions Gov. Northam's blackface scandal and the public's call for him to resign.

His resignation would have put Fairfax in the governor's seat.

"Yet, 19 and 15 years later, respectively, Watson and Tyson falsely and publicly claimed they had been sexually assaulted by Fairfax, just as Fairfax was poised to ascend to the Governorship of Virginia following a blackface photo scandal affecting current Governor Ralph Northam," the complaint said.

"The timing and circumstances of these false and salacious allegations demonstrate that it was a political hit job—a deliberate and calculated effort to permanently harm Fairfax’s political and professional career and to attempt to prevent him from becoming Governor of Virginia."

"CBS must be held accountable for its reckless disregard for the truth, knowing failure to follow even rudimentary journalistic standards, and its failure to follow up on leads that would demonstrate the allegations to be false. Fairfax has made numerous direct requests to CBS to update, correct or retract the false stories it hyped repeatedly, broadcast, and kept in circulation via its website and social media presence. CBS’ failure to do so, and its failure to acknowledge its role in spreading scurrilous false information, has led to today’s lawsuit. As the complaint filed today details, there is compelling evidence that the allegations aired by CBS involving Lt. Governor Fairfax are false, defamatory and politically-motivated. CBS had, and has, a significant civic responsibility not to publish false and uncorroborated stories, particularly ones that do severe damage to people’s lives and reputations, their family’s life, and to the public’s trust in media reporting. No one should have their reputation and years of hard work destroyed because of false and unsubstantiated claims."

Attorneys for one of Fairfax's accusers said the lawsuit is a "ploy" to preserve his political career.

The attorneys for Vanessa Tyson say the college professor stands by statements she made during the CBS interview.

Nancy Erika Smith is an attorney for Watson. Smith says, "We look forward to everyone testifying under oath, now that this matter is in court."

CBS said in a statement that it stands by its reporting and will "vigorously" defend the lawsuit.

Read the full statement below: