If signed into law, people ages 21 and older would be allowed to possess marijuana for recreational use. 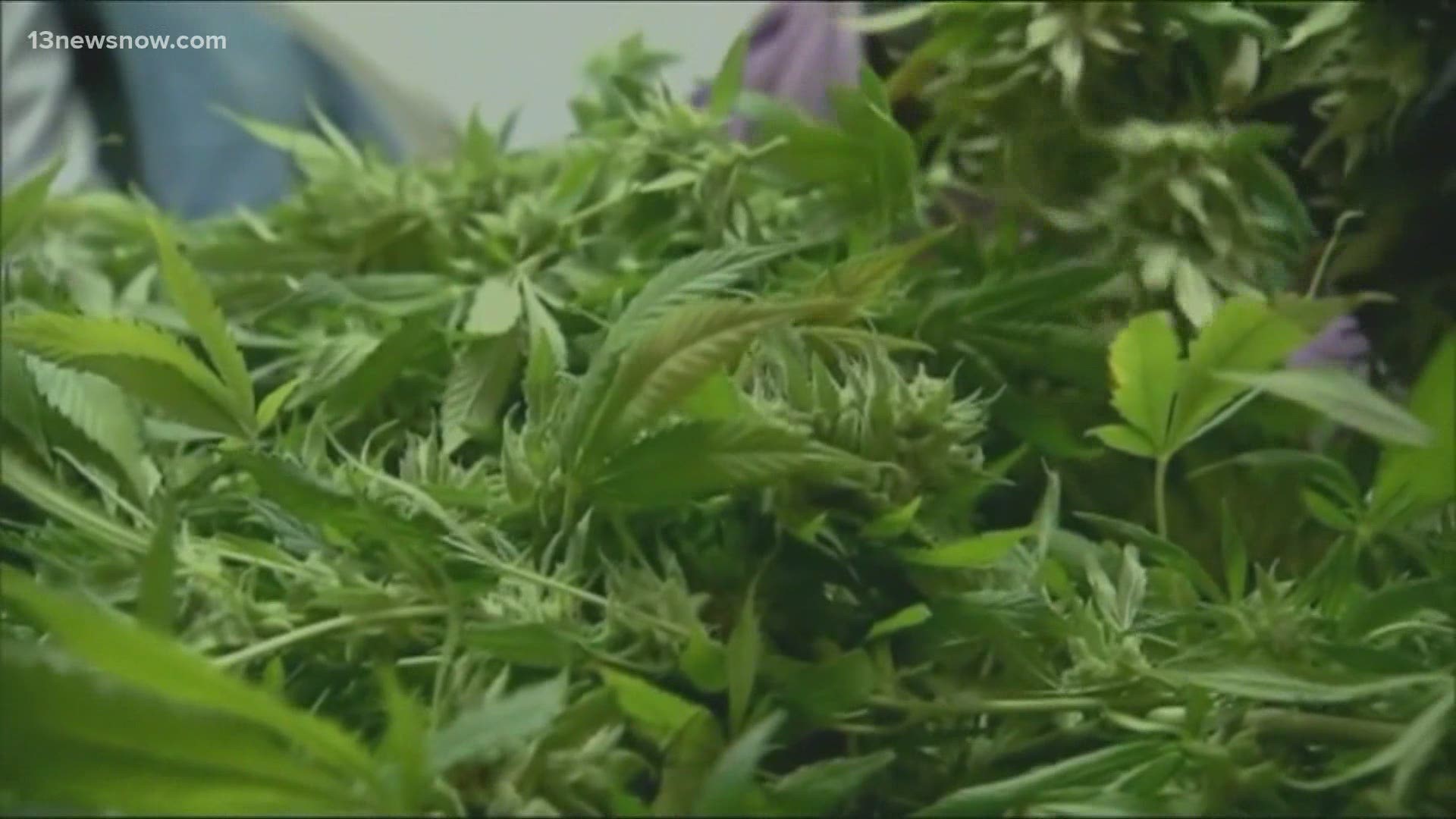 RICHMOND, Va. — Marijuana legalization in Virginia is one step closer to reality after historic votes took place in the General Assembly.

On Friday, the Virginia House of Delegates and State Senate passed respective bills in their chambers that would allow people ages 21 and older to carry and possess pot for recreational use.

HB 2312 passed the House with a 55-42 vote. All it needs is a passing vote by the State Senate, then it heads to Governor Northam's desk for his signature.

If statewide legalization were to happen, these measures would establish regulation for marijuana growth operations, retail stores as well as testing facilities and wholesalers. The Virginia Alcoholic Beverage Control Authority would handle that guidance. However, the passing of this bill dictates that the agency would be renamed the Virginia Alcoholic Beverage and Cannabis Control Authority.

If signed into law, it wouldn't go into effect until 2023.

Friday is also the deadline for the mid-session "crossover" meaning that bills passed in their originating chambers must head to the sister chambers for review and votes.