No date yet, but it will happen later this summer, Gov. Ralph Northam said. 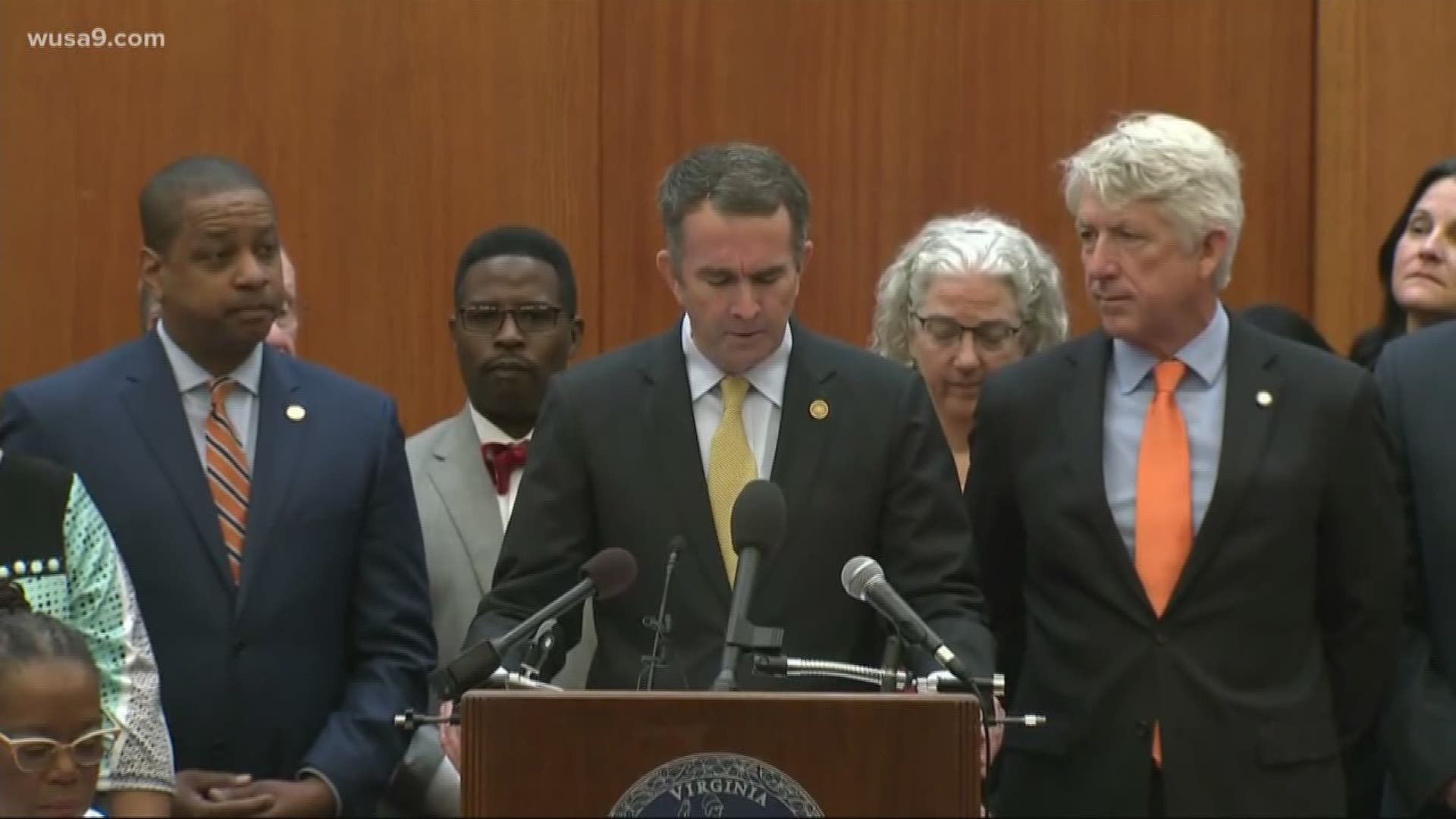 VIRGINIA BEACH, Va. — Virginia Gov. Ralph Northam will summon lawmakers to the state Capitol in coming weeks to take up a package of gun-control legislation he said is urgently needed to prevent killings like Friday's mass shooting in Virginia Beach.

Northam, a Democrat confronted with a Republican-controlled General Assembly in the middle of an election year, said he plans to convene a special legislative session later this summer but has not determined a date.

He wants legislators to hear from the public about the need for common-sense laws related to guns and accessories, saying last week's mass shooting in Virginia Beach calls for "votes and laws, not thoughts and prayers." He also wants every legislator to go on record for or against his proposals during the special session rather than avoid tough votes by quietly killing the bills in subcommittee.

"The nation will be watching," the governor said, four days after Virginia Beach employee DeWayne Craddock used two semi-automatic handguns, a silencer and extended ammunition magazines to slaughter 12 people at a municipal building. Craddock then was killed in a gunbattle with police.

► JUNE 3: Va. Beach shooting victim formerly worked for Stafford County
► JUNE 2: How do you talk to children about the Virginia Beach shooting?

Republicans previously have rejected Northam's gun control bills out of hand, but a top GOP lawmaker signaled Monday that he's open to a legislative debate.

Northam's bills include include a ban on silencers and high-capacity magazines, as well as a broadening of the ability of local governments to limit guns in city buildings. The governor said he also wants mandatory, universal background checks before gun purchases; a limit of one handgun purchase a month; and a "red flag" law that would allow authorities to seize the weapons of those who are a threat to themselves or others.

But Northam said other shootings, including the death last month of a 9-year-old girl who was shot at a community cookout in Richmond, also are driving his call for a special session.

"It's an emergency here in Virginia, and it's time to take action," Northam said. "Every one of these pieces of legislation will save lives."

The governor has long advocated for stricter gun control. He made the issue a top priority of his 2017 gubernatorial campaign, drawing from his experience as a pediatrician and Army doctor who has treated children and soldiers wounded by firearms.

In a statement, GOP Speaker Kirk Cox dismissed the governor's call for a special session as "hasty and suspect when considered against the backdrop of the last few months" — a reference to the blackface photo scandal that nearly destroyed Northam's career.

Cox said the Republicans instead will put forward legislation to toughen penalties — including new, mandatory minimum sentences — for those who use guns to commit crimes.

"We believe addressing gun violence starts with holding criminals accountable for their actions, not infringing on the constitutional rights of law-abiding citizens," he said.

Another top Republican, Senate Majority Leader Tommy Norment, indicated some willingness to debate a ban on large-capacity magazines, according to the Virginia Gazette. But he told gun-control advocates outside his office that "nothing would have helped us in Virginia Beach."

Most of the legislation already proposed by Northam and other Democrats has failed at the General Assembly, including this year. Republicans hold slim majorities in the House and Senate and Virginia is in the middle of a closely watched election year when all 140 legislative seats are up for grabs.

► JUNE 1: Faith leaders unite against hate in wake of mass shootings
► JUNE 1: How to help those affected by the Virginia Beach shooting

After the 2007 Virginia Tech massacre, in which a student with a history of mental problems shot 32 people to death, the state passed a law prohibiting people determined to be seriously mentally ill from buying a gun. But a push at the time for universal background checks failed.

Virginia is generally considered a very gun-friendly state and is home to the National Rifle Association's headquarters.

Craddock appeared to have had no felony record, making him eligible to purchase guns. Government investigators identified two .45-caliber pistols used in the attack and all indications are that he purchased them legally in 2016 and 2018, said Ashan Benedict, the regional special agent for the Bureau of Alcohol, Tobacco, Firearms and Explosives.

► MAY 31: #LoveForVB: Community mourns following Va. Beach shooting
► MAY 31: Officer saved by bulletproof vest after being shot by Va. gunman

Friday's shooting has been Northam's first major test since a scandal over a racist photo in his medical school yearbook nearly drove him from office four months ago. The governor has been active in helping coordinate the state's response and comforting victims, while also pressing the case for stricter gun control.

Noting that first responders saved lives in last week's attack, Northam said: "Now, I'm calling on the elected officials of this commonwealth to become second responders. Your duty is clear: Rush to the scene and put a stop to this violence."

A top gun-rights advocate, Philip Van Cleave, president of the Virginia Citizens Defense League, denounced the special session as "political theater" and said the answer is to make it easier for people to carry weapons.

"There's really nothing other than allowing people to protect themselves until the police get there that would have worked," he said.