Gov. Northam proposes moving up legalization of marijuana in Virginia to July 1

The changes would move up legalization three years sooner. The bill now goes back to the General Assembly for approval. 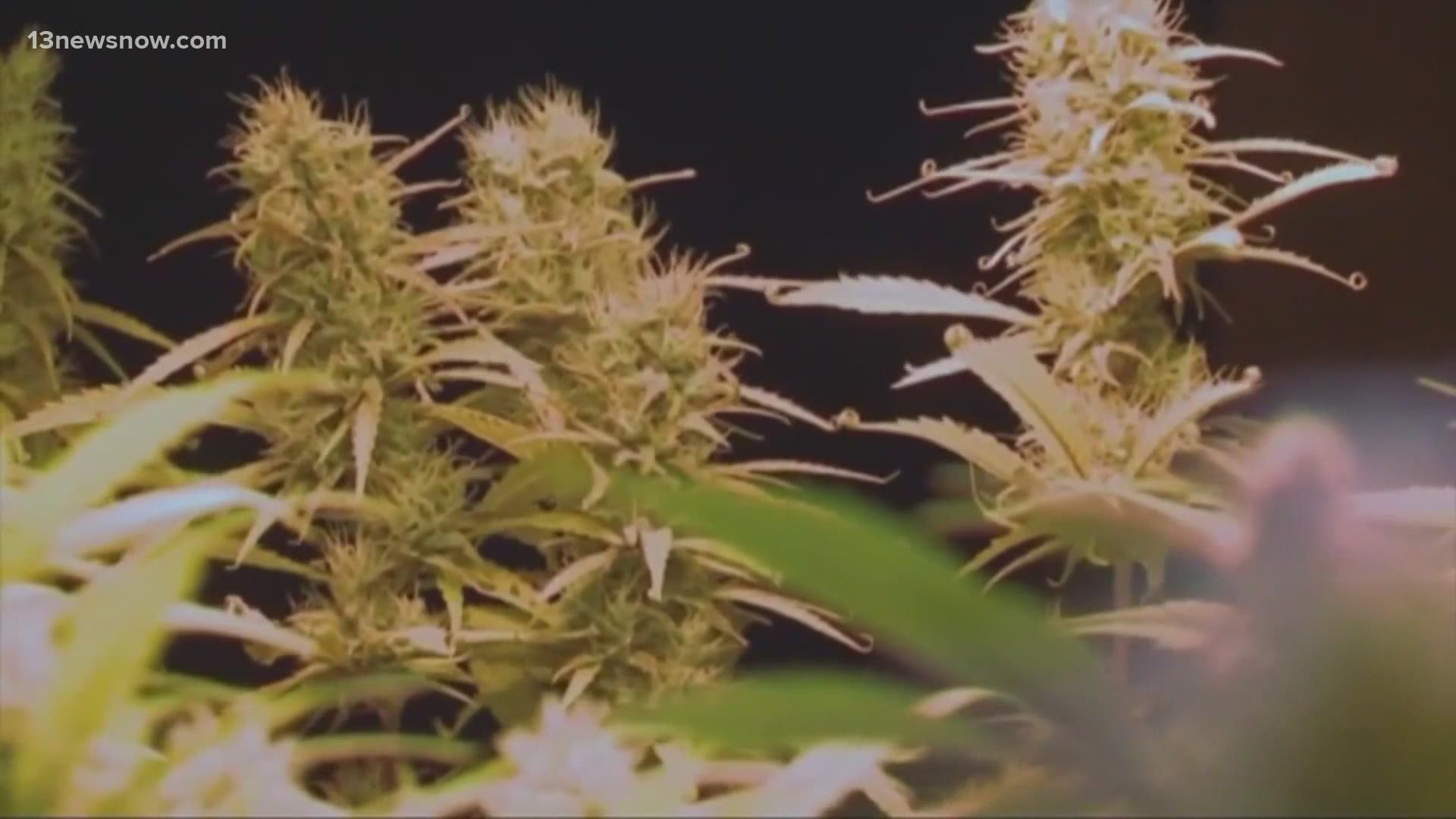 RICHMOND, Va. — Virginia Gov. Ralph Northam has proposed several amendments to the marijuana bill, including one that would legalize simple possession this July 1.

The changes would move up legalization three years sooner than previously planned, according to a news release from the governor's office.

The bill now goes back to the General Assembly for approval.

Northam said the changes come in the form of amendments to Senate Bill 1406, sponsored by State Sens. Adam Ebbin and Louise Lucas, and House Bill 2312, sponsored by Majority Leader Charniele Herring, which legalize the use of marijuana in Virginia.

The change would also allow home cultivation. Households would be allowed to grow up to four plants beginning on July 1, 2021. The amendments would require the plants to be labeled with identification information, out of sight from public view, and out of range of individuals under the age of 21.

At the moment, the already-passed legislation doesn't legalize possession until 2024, the same year cannabis sales would be allowed in the Commonwealth. This became a point of contention among some Democratic lawmakers earlier in 2021, who feared that prolonging possession for several years would be putting "business before justice," as Del. Marcia Price told 13News Now earlier this March.

“It’s not a matter of being happy or sad: it’s just the responsible thing to do in light of the fact that the people being harmed the most are the people who will continue to be harmed the most," Del. Don Scott Jr. (D-Portsmouth) told 13News Now.

Scott, a Democrat, joins Price as one of several Democratic lawmakers who voted neither for-nor-against marijuana legislation at first, but says he's happy to see Gov. Northam's added amendments.

RELATED: POT FOR PROFIT: The push for legalization of marijuana in Virginia

“Our Commonwealth is committed to legalizing marijuana in an equitable way,” said Northam in a news release. “Virginia will become the 15th state to legalize marijuana -- and these changes will ensure we do it with a focus on public safety, public health, and social justice. I am grateful to the advocates and legislators for their dedicated work on this important issue, and I look forward to this legislation passing next month.”

Virginia is ready to legalize adult-use marijuana—and I believe we should get it done starting July 1, 2021.https://t.co/RF1DR0lRPC

Lawmakers will reconvene on April 7 to approve or reject the amendments.

“It’s very telling that not only was Virginia the first state in the South, but in the same week New York voted to legalize it too," Director of Virginia NORML Jenn Michelle Pedini said.