Virginia drivers are the second-worst in the country, survey says

The survey, by insurance company QuoteWizard, analyzed millions of insurance quotes for a number of factors to come up with the rankings 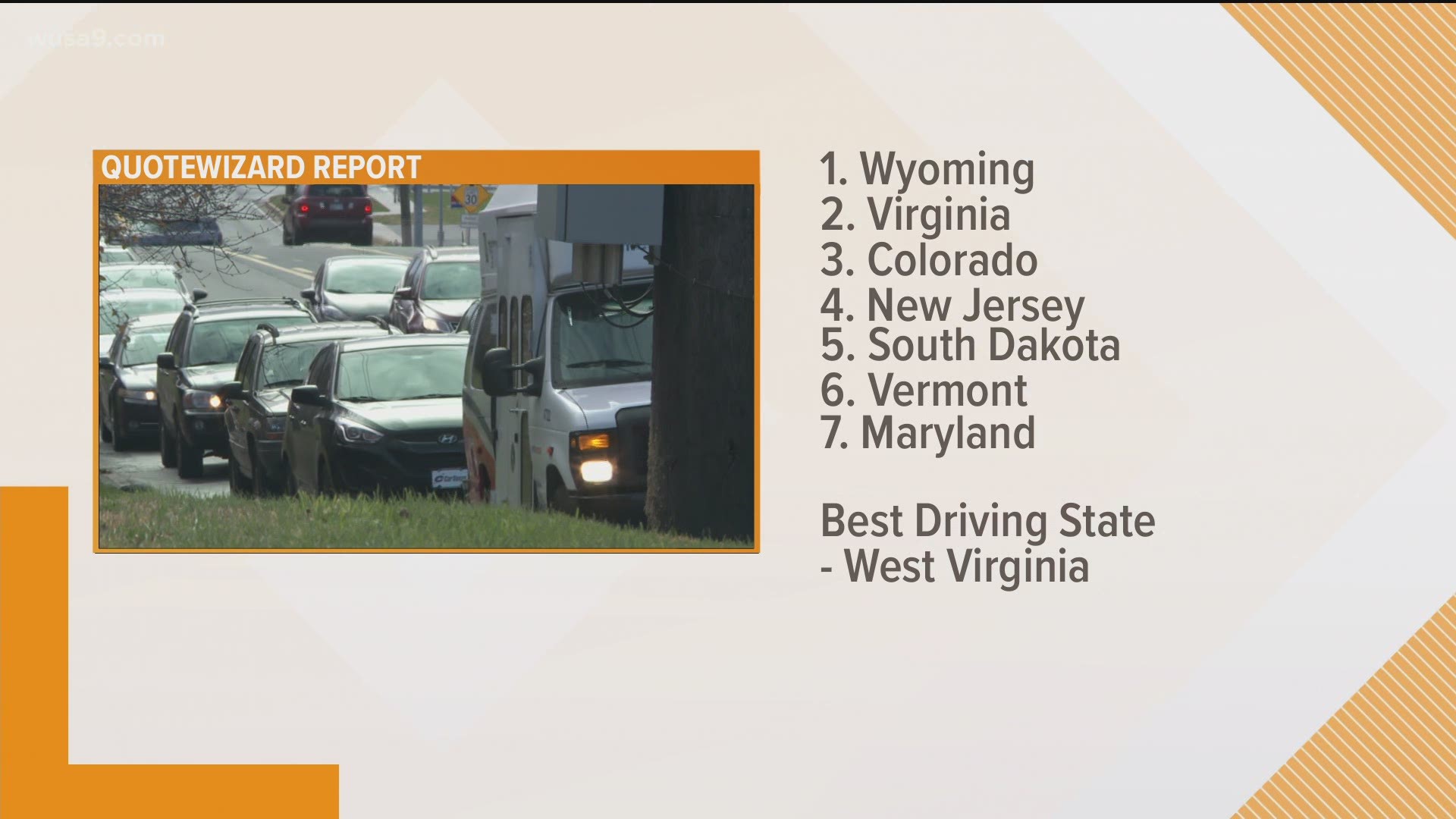 VIRGINIA, USA — Virginia drivers are the second-worst drivers in the nation, according to a ranking by insurance company QuoteWizard. The No. 1 spot belongs to a state you may not expect: Wyoming.

Maryland broke the top 10 for overall worst drivers, coming in at No. 7, while the state's drivers came in second in the survey's list of most accident-prone states.

D.C. was not included in the rankings.

To come up with the list, QuoteWizard analyzed data from over two million insurance quotes for driving incident factors including accidents, speeding tickets, DUIs and other citations like texting and driving.

"Rankings are a composite score based on the rate of occurrence between the four ranking factors. States considered to have the worst drivers had the highest rates of each incident factor," Adam Johnson with QuoteWizard wrote on the company's website.

Virginia jumped a staggering 12 spots from the company's analysis of 2018 data, when the commonwealth ranked 14 overall. Maryland also moved up in the rankings from two years ago, when the state ranked 12.

Credit: SKY9
Traffic back up on Interstate 66 in Fairfax County

What say you? Does the data check out?

RELATED: Nearly $50 toll projected in draft study of I-270 project

RELATED: Checking in on Project Journey: An update on Reagan National Airport makeover