In February, state lawmakers approved a bill to stop executions, which would make Virginia the 23rd state to ban it. 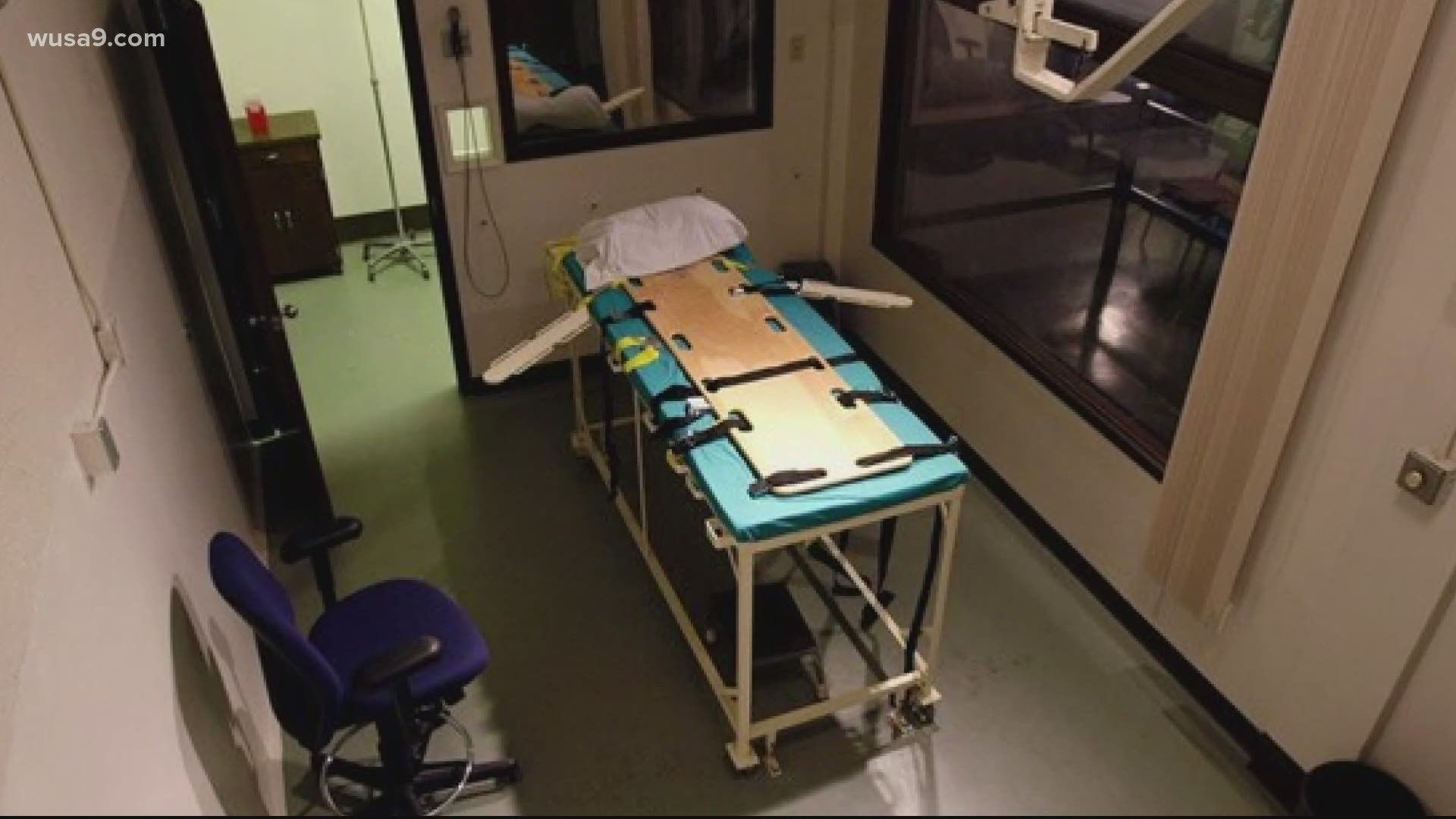 RICHMOND, Va. — Virginia Governor Ralph Northam will sign historic legislation that abolishes the death penalty in the Commonwealth on Wednesday.

In February, state lawmakers approved a bill to stop executions, which would make Virginia the 23rd state to ban it.

The governor will sign the bill around 2:00p.m. this afternoon after touring the death chamber at prison in southern Virginia.

The move is significant because the Commonwealth holds the record of putting more people to death than any other state.

Virginia Democrats said close to 1,400 people have been executed since 1608.

One of Virginia's highest-profile executions was the D.C. sniper, John Allen Muhammad, in 2009.

The Commonwealth currently has two people on death row, but it has not executed anyone in the last three years.

Advocates for abolishing the death penalty argue it has been disproportionately applied to people of color.

According to the Death Penalty Information Center, nearly 300 African Americans were executed in the 20th century compared to 79 white people.

Some Republicans have raised concerns about what banning the death penalty could mean for victims’ families and getting justice for heinous crimes.

"Ultimately, you could have Virginians be victims because somebody that otherwise should have been behind bars is going to be back on our streets," Virginia Beach Delegate Jason Miyares said last month.

Reverend Doctor LaKeisha Cook told WUSA9, “We believe this is a huge portion in the fight to really start correcting historical wrongs here in the Commonwealth.”