Friends, family and complete strangers gathered to remember Missing Woman Emily Lu after police announce a person of interest in her case. 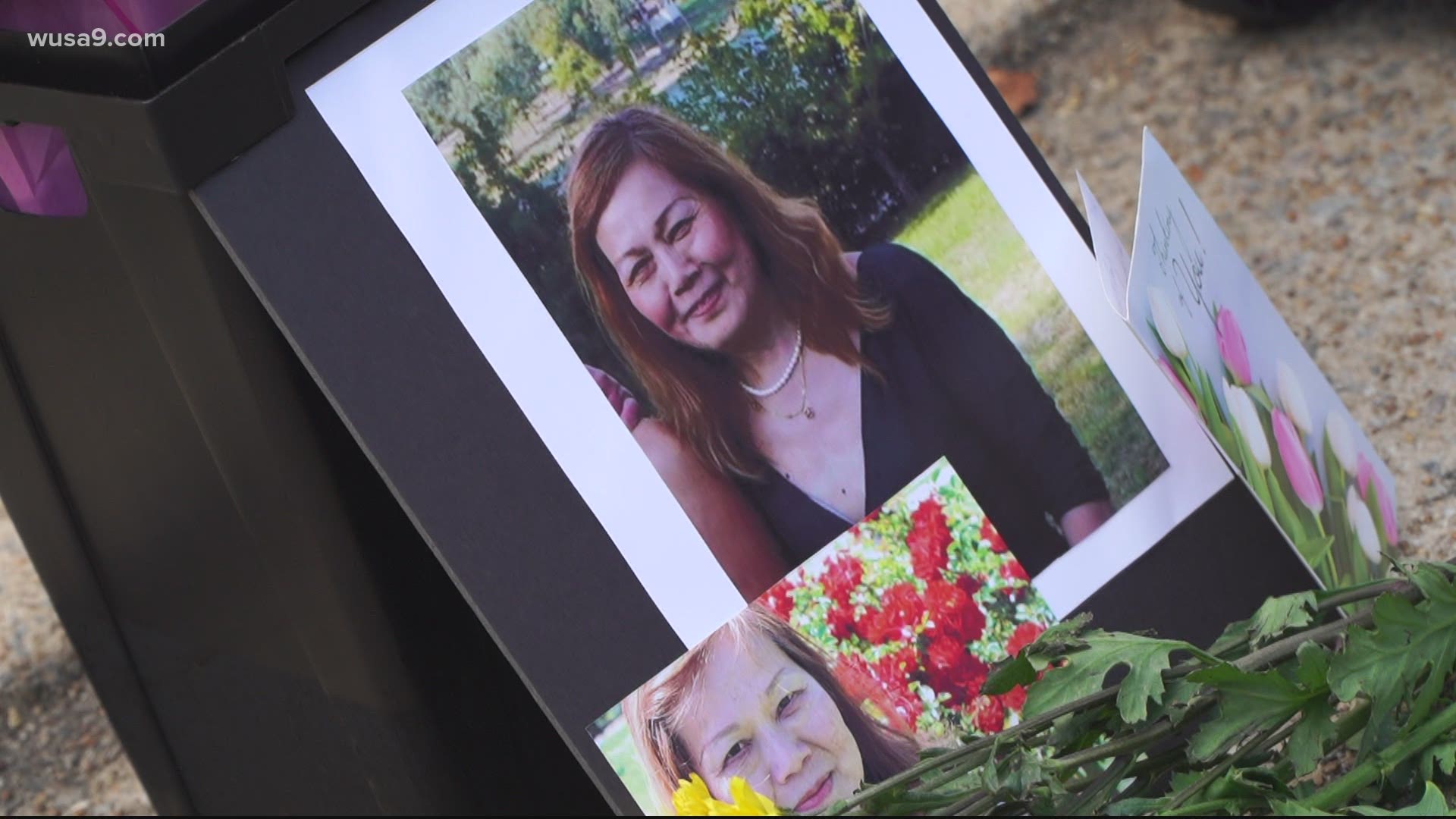 FAIRFAX COUNTY, Va. — Months after Emily Lu disappeared, people came together to remember the 72-year-old mother the same day as Fairfax County police announced a person of interest has been identified in her case.

During a news conference Thursday morning, police said that they cannot release the identity of the man linked to the case, but they do believe Lu's disappearance was not random and she knew him.

Lu was last seen on June 3. Police responded to her home on Davis Drive after she didn't show up to work. Officers say they found Lu's car in the driveway with recently purchased groceries.

Lu’s daughter, Jenny Ball, said she wanted to thank everyone who attended the vigil.

“You know we loved her and I’m just glad to meet the other people that she cared for,” she said.

The candlelight vigil for Emily Lu is beginning at her home in Lorton. The 72 yo has been missing for more than a month. (@wusa9) pic.twitter.com/RPfn2L3gI2

Lu’s sister, Angela Schwartz, said her family is praying that the case is resolved soon.

“We miss you so much,” she said. “We think about you every day. You are never forgotten. We will get to the bottom of this.”

Pam Phillips, one of Lu’s coworkers at Home Instead Senior Care in Annandale, described Lu as a kind soul. She said she was encouraged to hear police had made progress in their search for Lu so far.

“[I’m] glad about that,” Phillips said. “But also concerned, about the outcome, I think everyone is, we want her alive.”

"She would know that she's loved by you and these friends and family," prayed Rusty Coram, a pastor at New Hope Church in Lorton, at the vigil. "We want to pray for the officers that are investigating this, they will have quick success and pray for the family that they will have a sense of peace and comfort in the midst of questions and hurt."

A group of women holding flowers sang Amazing Grace in honor of Lu.

“Amazing Grace” at the vigil for Emily Lu in Lorton. (@wusa9) pic.twitter.com/Qu9I21pq3y

Fairfax County police are offering a $20,000 reward through Crime Solvers for information related to her disappearance. Tipsters can call its Major Crimes Bureau at 703-246-7800, and press option 6.