Police said the mailboxes have been broken into several times this year. 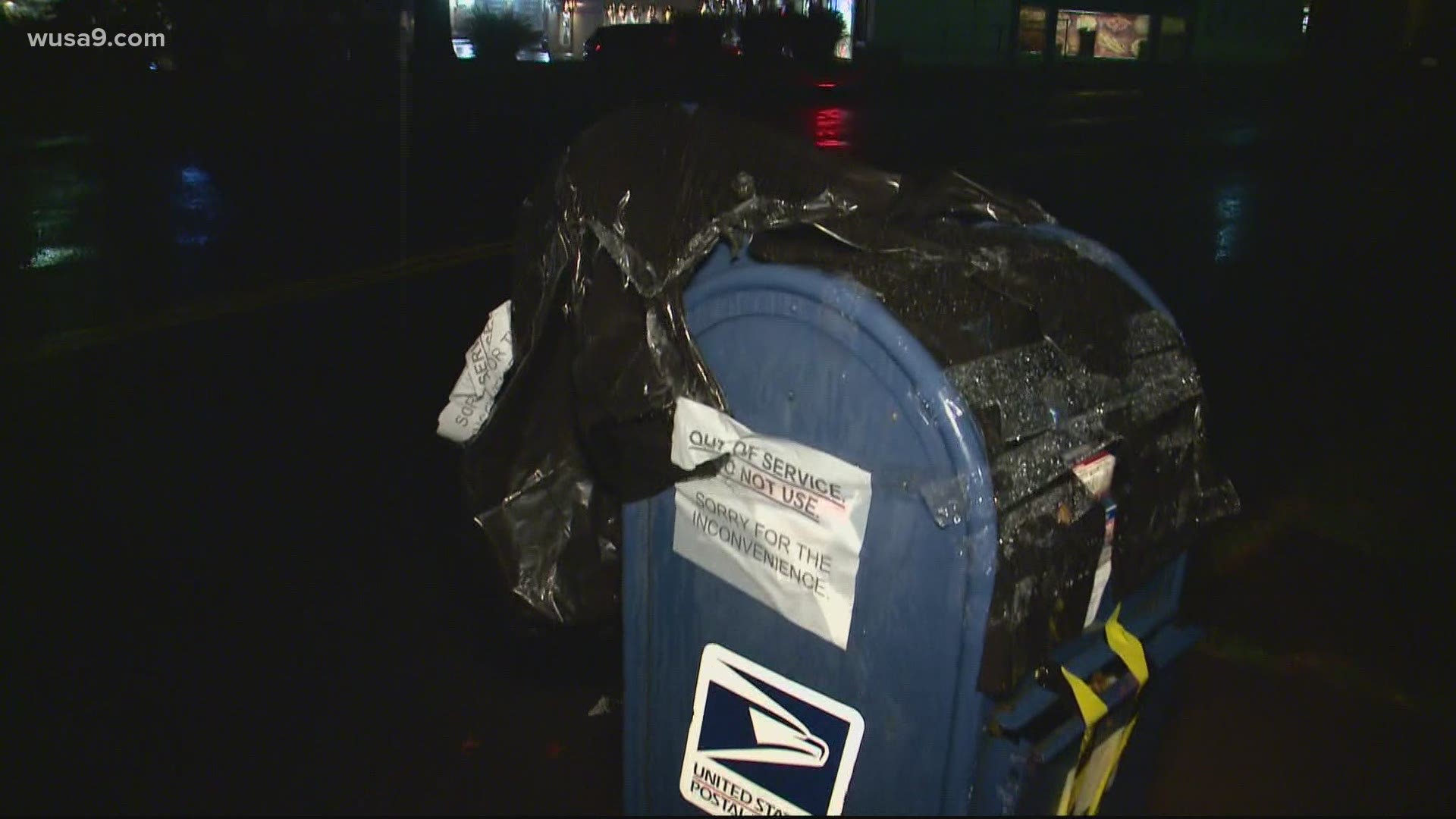 VIENNA, Va. — Vienna citizens are being warned that mail has been stolen from U.S. Post Office collection boxes near the Vienna Post Office.

The Vienna Police Department said in its weekly police highlights summary that mail collection boxes were broken into at the corner of Church Street Northwest and Lawyers Road Northwest overnight from Nov. 22 to Nov. 23. Police said the mailboxes had been broken into several times this year.

“If you used these mailboxes during that time, please ensure that any checks, banknotes, or other important mail reached its intended destination,” the Vienna Police highlight read.

One woman reported to police that a check she mailed from the mailboxes during the timeframe the break happened had been stolen, forged and cashed.

Tracy McCarty said she also had mail that never made it to its destination, including a Thanksgiving greeting her son Tyler wanted to send to his grandparents in Arizona.

Credit: Tracy McCarty
McCarty's son had hoped to send this Thanksgiving greeting to his grandparents in Arizona.

“It actually had crossed my mind this post office mailbox has been broken into before, but what are the odds that that's going to happen again tonight when I'm putting a letter in the mailbox,” McCarty said. “And then I saw a Facebook post by the town of Vienna the following day and say that the mailboxes had been broken into.”

McCarty said she called the Post Office to get insight on what happened.

“And after talking to a couple people I was told that all three mailboxes had been emptied overnight before they had been able to do their collection in the morning,” McCarty said. “There was another letter that I mailed that was going somewhere locally actually only a few blocks away. And that has never been received. Luckily I had taken a picture of the drawing before on the thought that it may not quite make it to Arizona.”

Vienna Police said in its police highlight that mail theft or tampering is investigated by the U.S. Postal Inspection Service. A Vienna Police Spokesperson told WUSA9 the case is under investigation and they can’t comment at this time.

A spokesperson for the U.S. Postal Inspection Service said they were not able to get into specifics of active leads and investigations.

As of Friday, three mail collection boxes were taped off.

“I'm hoping something really changes now,” McCarty said. “People still need to be able to have a safe way and an easy way to get their things to other places.”

Vienna Police is advising people to use the collection mailboxes inside the post office and to contact the police department if you see suspicious activity at the mail collection boxes.

You can file a report with the U.S. Postal Inspection Service here.

These are the @USPS Collection boxes outside of the Vienna Post Office.
Busted open and taped off.
Vienna police say mail has been stolen from them several times this year, with the most recent incident happening overnight from Nov 22 to 23rd.
Full story on @wusa9 at 11. pic.twitter.com/IVKEcltebl