Nearly 40,000 American veterans are homeless according to Help USA. Another 1.4 million are in danger of losing their homes. For many veterans, asking for help is not easy. 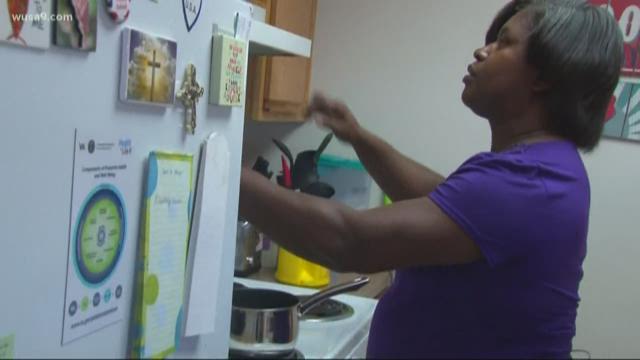 Nearly 40,000 American veterans are homeless according to Help USA. Another 1.4 million are in danger of losing their homes. For many veterans, asking for help is not easy.

She had surgery and then chemotherapy. She had to give up her job at a church. With no medical insurance, Neil's adult children helped pay for medicine and provided enormous support. But then, the bills started coming. She owed $128,000.

Army reservist veteran became homeless when pancreatic cancer medical bills piled up. She shows us where she slept & how she got help @wusa9 pic.twitter.com/9s2398DjW0

She had a roommate and could not afford to pay her share of the rent, so packed her things and moved out. A friend sent a guy with a truck and paid for a storage unit.

"After we get everything into the storage unit, the guy says, 'Now where do we take you?' This is when the homeless kicked in. This is when...You ain't got no where to go," Neil vividly remembers.

She told no one she was homeless. She told the mover guy that someone was coming to get her. Then she just started walking. She wound up at that shopping center which has a library where she would often sit. Sometimes she sat at the bus stop pretending she had somewhere to go.

"I didn't know where I was going," said Neil.

As a veteran, she's a woman who always had a plan. Sharon Neil spent several years as an Army Reservist, deployed state side.

"Being a soldier, you are taught to take care of people. Not somebody take care of you. So that's a hard thing when life makes it flip. You don't even know how to deal with that. Who do you tell."

"Everybody has an opinion about being homeless. And nobody's opinion is a good opinion, so you don't want to share that part of your life with nobody," said Neil.

After two months of being homeless, she reached a breaking point and finally told her church.

"I actually stood up in church, January 31st, I will never forget it. During the watch service, I told the entire congregations, I'm homeless."

She eventually was connected with Operation Renewed Hope Foundation whose mission is to end veteran homelessness. They got her an apartment, a car and she is hoping to find work soon.

She's celebrating her stable health with purple balloons (the color for pancreatic cancer awareness month) and her spirit is high.