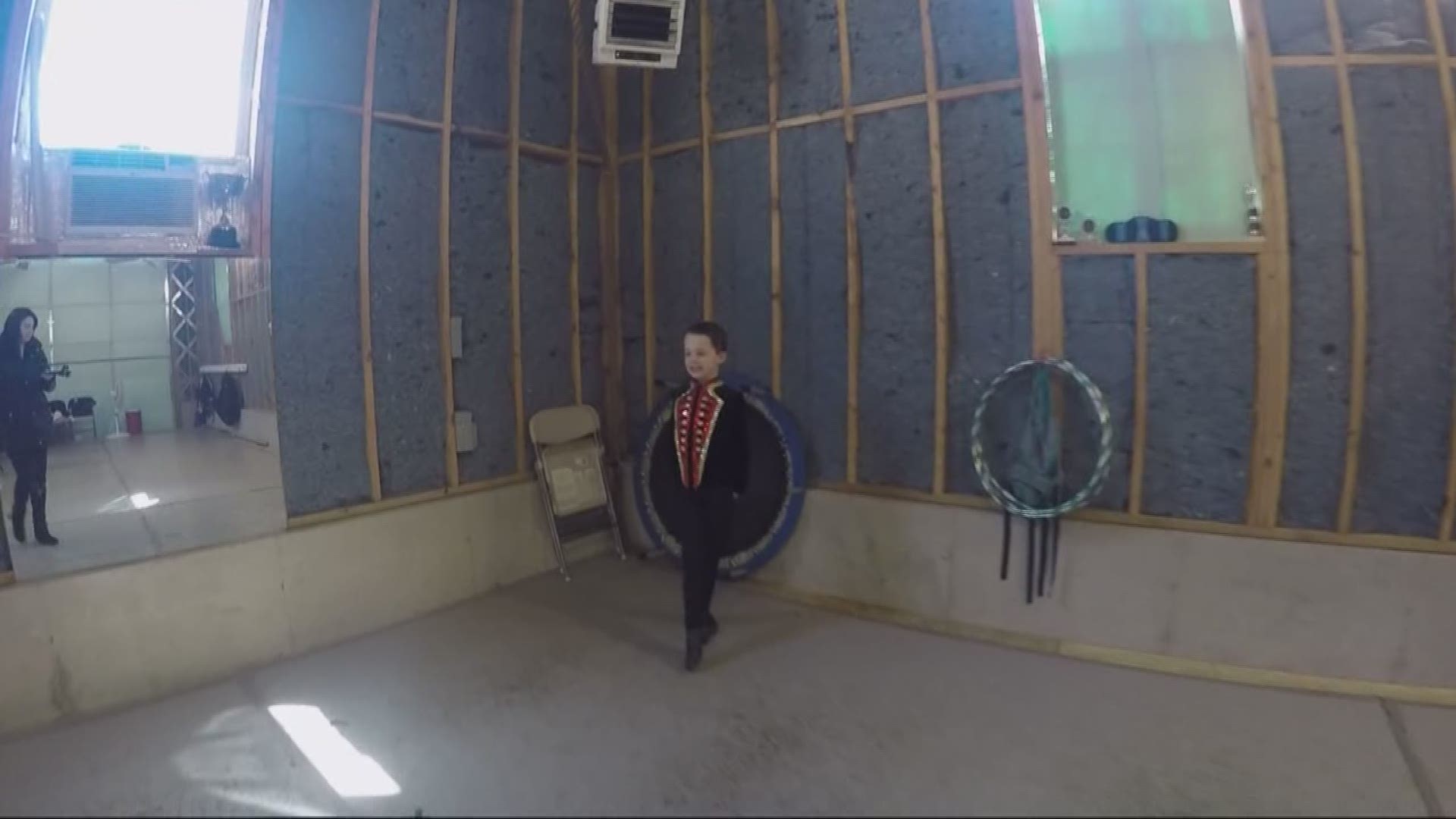 What would St. Patrick's Day be without some traditional Irish step dancing?

Garet Zagorski, from Warrenton, Virginia is only seven-years-old and is already an Irish step dancing champion. His mom, Kristin, was a champion herself and now doubles as his coach.

Zagorski practices seven days a week. He already won first place in a competition in Scotland.

Irish dancing dates all the way back to the 1700's in Ireland.

The world famous Riverdance helped popularize it in the early 1990's all over the globe.

Garet and his mom practice in their home garage that's been converted into a studio.

Garet says he loves Irish dancing and can’t wait to perform for friends and family on St. Patrick’s Day.