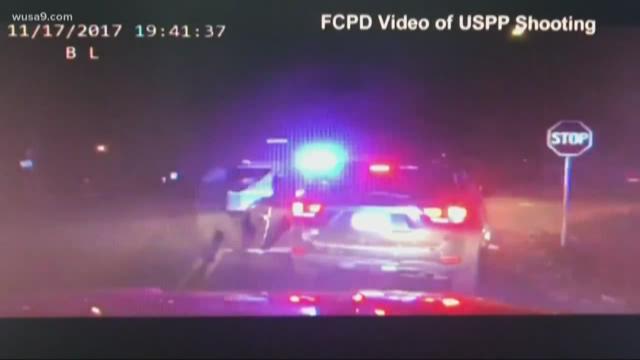 Frustration over the investigation into a fatal U.S. Park Police shooting grew Tuesday, after the police chief abruptly canceled a meeting with local representatives in Congress.

It’s been nearly 3 months since two U.S. Park Police officers fatally shot 25-year-old Bijan Ghaisar, who was driving on the George Washington Parkway. Many questions have been left unanswered, like why did police pursue Ghaisar, and why did they open fire?

Dash cam video released by Fairfax County Police last month shows officers chasing Ghaisar at speeds around 60 mph. He had been rear ended and left the scene. The video shows Ghaisar pulling over a few times and then the last time Park Police open fire nine times at close range.

Ghaisar’s family said he was unarmed.

"You have an accident that Bijan Ghaisar didn’t cause, that had no physical damage to his car. It looked like the young man was running in terror every time he stops, somebody with a gun is at his window," said Rep. Don Beyer, a Democrat who represents Virginia's 8th Congressional District, which includes Alexandria, Falls Church, Arlington County and parts of Fairfax County.

WATCH: Video released in shooting of man by US Park Police

Beyer and Norton don’t buy that.

"If members of Congress ask you a question, you don't have to answer. You can say, 'I'm sorry, I can't speak to that issue.' But you don't say you decline to come," said Norton.

"There was a real difference in the way the FBI handled the family and how Park Police did, which may indicate that Park Police need some training. They may not have been involved in such shootings very often," said Norton.

Beyer said that the shooting happened at about 8 p.m. and the Park Police did not call Ghaisar's family until five hours later. He also said the Ghaisar family was upset with how they were treated at the hospital, not being allowed to see their son right away. That all changed when the FBI got involved, said Norton and Beyer.

"I wasn't there. But for the tape that we saw, it didn't make any sense to me that they're pulling guns out and shooting somebody that's not brandishing a weapon, that's not trying to run them over. That, the best of our knowledge, hadn't done anything wrong," said Beyer.

Beyer said the FBI has assured him it is moving as quickly as possible to gather information, which will then be given to the Justice Department to decide whether charges should be filed against the officers.

“What happened to our Bijan should not happen in America. We will not let his death at the hands of the U.S. Park Police be in vain, which is why we are committed to ensuring proper law enforcement equipment, training and policies to prevent something like this from happening to other families.

“We were disappointed, though not surprised, to learn that Park Police abruptly backed out of a meeting today with Representatives Don Beyer and Eleanor Holmes Norton as they seek answers about Bijan’s case and smart reforms for federal law enforcement. From the very beginning, it has been our experience that the Park Police have tried to avoid transparency and accountability about what happened when they killed our son and brother almost three months ago – what they did today was more of the same.

“We are grateful for the efforts and support of Reps. Beyer and Holmes Norton.”