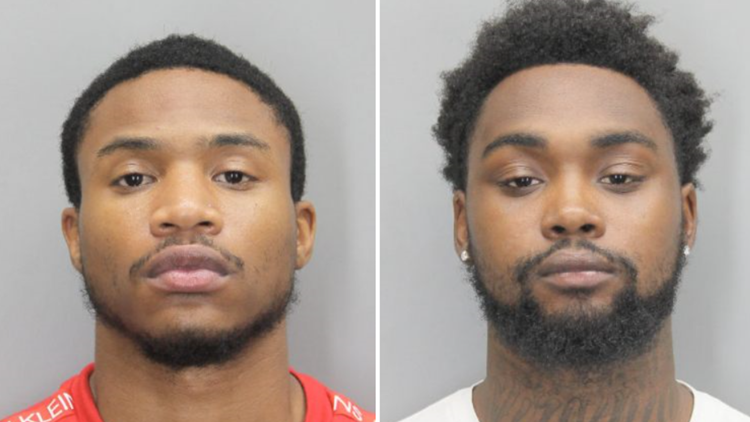 MOUNT VERNON, Va. — Two men were arrested Monday afternoon in connection with the sexual assault of a young girl that occurred on May 16, police say.

Andrew Collins, 22, and Kevin Caldwell, 21, do not have any community ties or a fixed address.

The May 16 incident took place at the Wingstop restaurant located on Cooper Road in the Mount Vernon area.

Police initially responded to a home on Richmond Highway after the victim reported she was assaulted, officials say. But sex crimes detectives from the Mount Vernon Police Department believe the girl encountered two men who sexually assaulted her inside the restaurant.

Both Collins and Caldwell were taken to the Fairfax County Adult Detention Center, where they are on hold without bond.