The Metro's Silver Line is expected to open in 2020 in Loudoun County, Virginia

The Silver Line is currently expected to open to riders sometime in 2020, the exact date will depend on when it's ready to turn over to Metro for more testing and training. 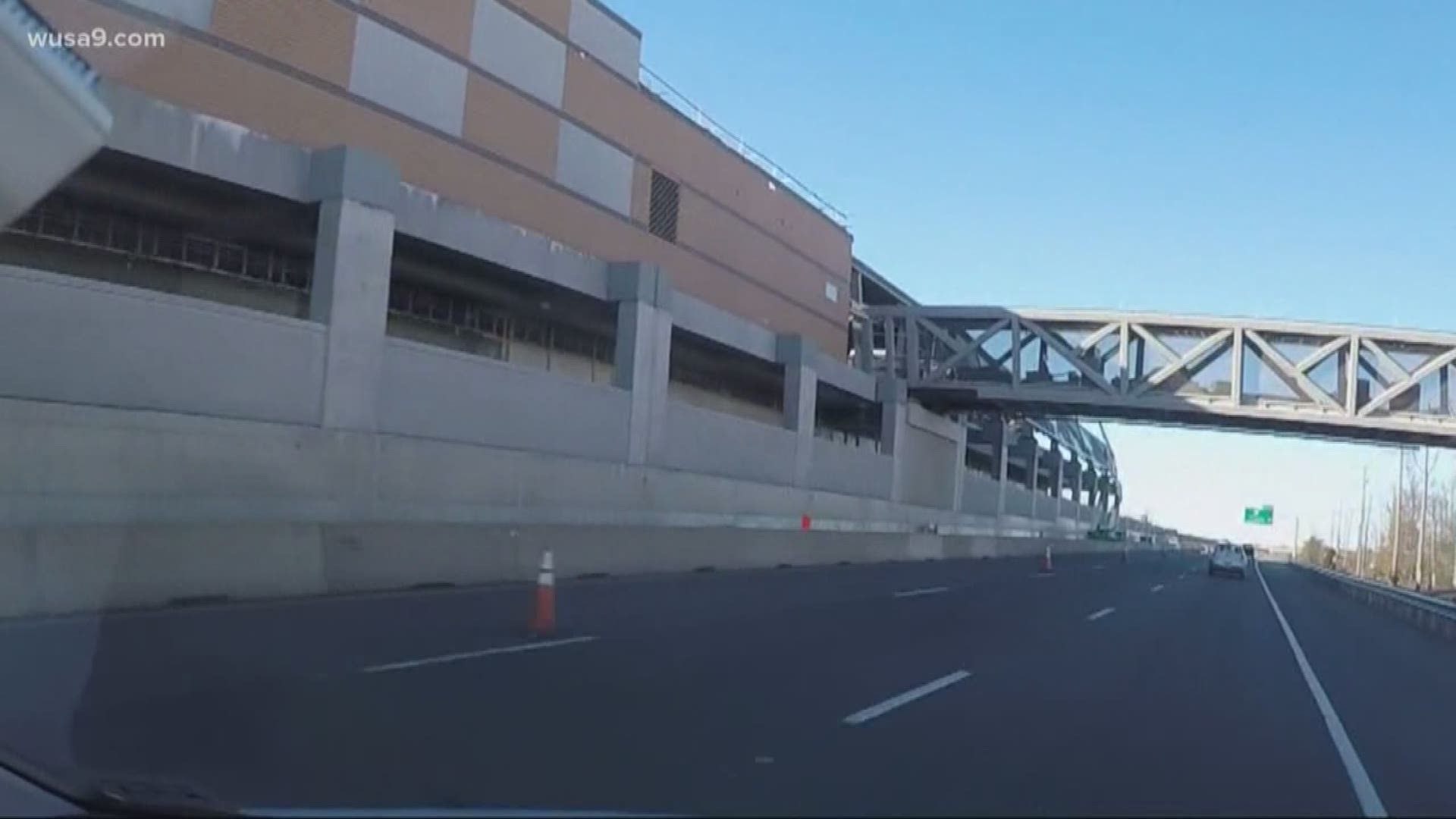 HERNDON, Va. -- While Amazon is expected to boost the local economy, so is another major project underway -- the Metro's Silver Line extension to Dulles Airport and Loudoun County.

So when will it be ready to ride?

The current Silver Line ends at Reston, and the tracks and stations that push west toward Dulles Airport look nearly complete, but at the Dulles station, workers are busy.

Phase two of the Silver Line won't be ready for riders for at least another year. The project manager said the finishing touches are in the works.

"It's really coming along. It's about 90 percent complete, including the rail yard. So the last 10 percent is a lot of systems work. A lot of wires need to be connected a lot of equipment needs to be tested," said project manager Charles Stark.

If you happen see trains running on Silver Line phase, that's Metro running tests. When the Silver Line Metro Station finally opens, you won't be right at the airport. You'll have to take a shuttle or walk underground or take the movable walkways.

Work on most of the stations is now due to be completed by the end of summer 2019.

Work is moving along steadily along the Greenway at the Loudoun Gateway and Ashburn stations which are expected to be popular...just like the current last station on the Silver Line.

"And that's highest ridership on the new line, the Wiehle station. It tells us that there's a lot of diversion from cars. People will drive from the outer locations in Fairfax or Loudoun County and they're very happy to drive to a garage and get on Metro for the rest of the trip," said Stark.

The Silver Line is currently expected to open to riders sometime in 2020, the exact date will depend on when it's ready to turn over to Metro for more testing and training.

"And I think its going to be very good for the Northern Virginia economy," said Stark.

The cost of the Silver Line extension to Loudoun County is about 2.8 billion dollars.