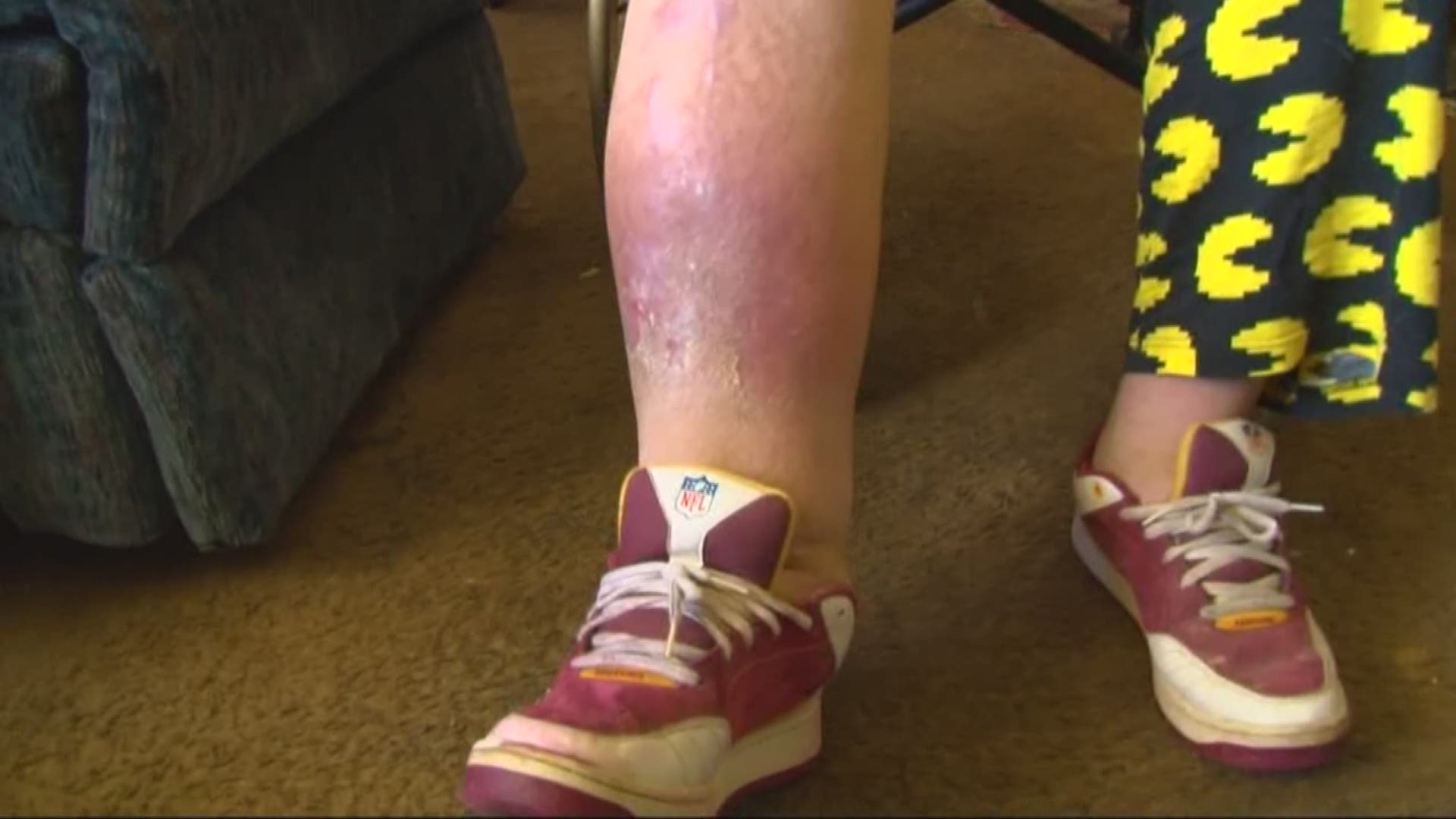 More than 800 Northern Virginia teenagers are swinging pick axes and digging with shovels on 104 projects to help needy people in nine counties across the region and into Central Virginia.

"I didn't even think we had people like this in the world anymore," said Kevin Curtis, 59, a recipient of a teenage work crew.

They're part of the Arlington Diocese summer work camp that is building him a deck extension and ramp so that he can get out of his house. For the past 15 years, he's been unable to leave without being carried by two large men.

Disabled man trapped in house for 15 years will finally be able to get out by himself thanks to teens from @arlingtonchurch work camp @wusa9 pic.twitter.com/eRJzy3Vm7f

"Right now we're digging holes and we're going to lay some concrete and put our posts in," explained Jack West, a student from George Mason High School in Falls Church.

"It's so wonderful to have somebody come to you and help you. I've never reached out for any kind of help in my life," said Curtis.

He has numerous health issues stemming from a near-fatal traffic crash in 2003. Curtis was a painter and was driving to a job when he plowed into the back end of a salt truck that was stopped in the middle of the road. Curtis said he rounded a bend in the road and didn't see the truck until it was too late.

"I crushed every bone in my body, in my chest. Both collarbones were broken. All my ribs were broken. My back was broken. My leg was broken in several places," explained Curtis, who said he can't even put weight on his leg, which is now swollen from diabetes.

Contractors oversee the projects and guarantee they will be completed. But the teens do the bulk of the work.

"We have to dig the holes first, put the posts in, then the concrete," said Monica Castro, who just graduated from West Potomac High School. It's her third year participating with the work camp.

"All three years I've been building decks. So, I've gotten pretty good at the whole, 'dig the holes, mix the concrete, pour the concrete and let it set.' And then the measurements that come afterwards," said Castro.

"I'm so excited! I've got a doctor's appointment on the eighth that I won't miss because I will be able to get out of the house," laughed Curtis. He said that after he met the kids, he bent his head, "And I prayed. And I asked God to bless them all, deeply and fully."

The plan is to have Curtis's deck and ramp done by Friday.