Witnesses say the suspect also lunged at other people with the knife as they were preparing to distribute meals to the community. 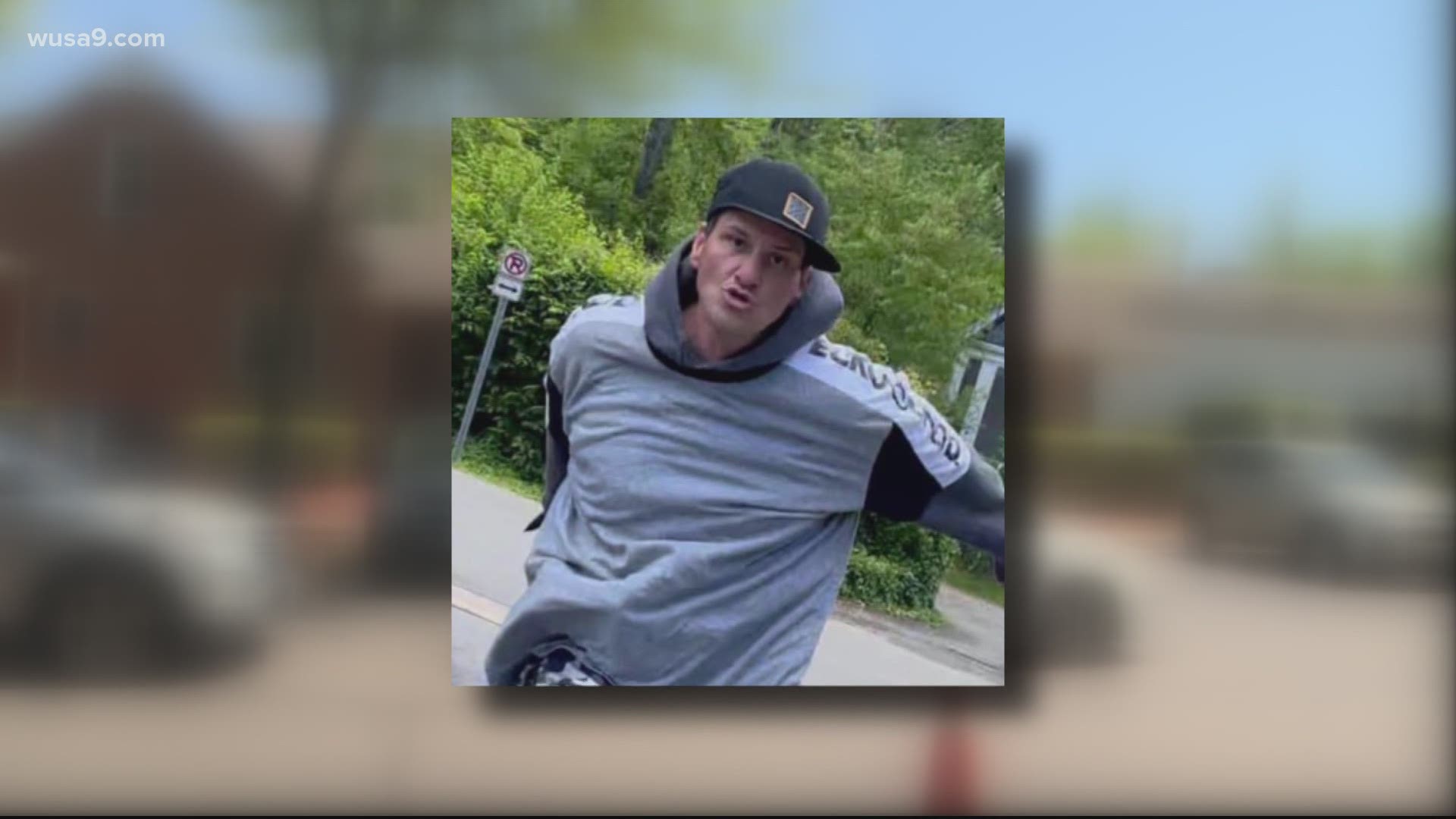 SEVEN CORNERS, Va. — A man has been arrested for allegedly trying to stab a security guard at an Islamic center in Fairfax County.

Police said 41-year-old Jonathan Lincoln of Falls Church not only tried to stab the security guard at Dar Al-Hijrah Islamic Center in Seven Points but pointed the knife at several people.

Witnesses said Lincoln lunged at other people with the knife as members were in the middle of preparing to distribute food as part of the holy month of Ramadan. The incident happened on Saturday around 3 p.m. right outside the center's Social Services Office.

The suspect left before officers arrived but video captured by a staff member allowed police to issue a post on social media that ultimately helped them track down Lincoln.

The video captured the moments after the alleged attempt when members kept yelling at the suspect to leave the premises. What appeared to be a knife could be seen in his right hand as the members confront him.

"He was saying some Islamophobic things," Dar Al-Hijrah Islamic Center Director of Government and Public Affairs Saif Rahman told WUSA9. "I just hope that this person can reach a point where they can be educated and get rid of some of the ignorance as well if there are mental health elements involved that they are treated effectively."

Lincoln has been charged with two misdemeanor counts of Assault - Hate Crime and Disorderly Conduct. A judge approved bail on Monday morning, but Lincoln was instructed to avoid contact with the security guard and undergo substance abuse and mental health evaluation.

Rahman gave credit to the Fairfax County Police Department which has increased patrolling of the center until the end of Ramadan.

Video obtained by @wusa9 shows the moments after Fairfax Co. police say a man tried to stab a security guard at Dar Al-Hijrah Islamic Center. Witnesses say he lunged at others as they were preparing to distribute meals. Police are patrolling the center until the end of Ramadan. pic.twitter.com/AZJuR7KqEZ

The Council on American-Islamic Relations urged mosques to increase security at least until the rest of Ramadan following the attempted stabbing.

"I think houses of worship can take a good lesson from how this situation ended," CAIR National Deputy Director Edward Ahmed Mitchell said. "When you got a security and a plan and you know what you're doing, you have a better chance of repelling a threat like this."

"I think law enforcement certainly during Ramadan season can make an effort to do extra patrols and offer assistance," he said.

Virginia is one of nine states with the highest number of anti-mosque activity, according to the American Civil Liberties Union. Since 2011, there were at least 11 cases that included someone leaving a fake bomb at the Dar Al-Hijrah Islamic Center.

RELATED: US soldier arrested in plot to blow up NYC 9/11 Memorial